This summer it has become easy to feel disillusioned with the Premier League as the likes of Manchester City, Chelsea and Manchester United spend huge amounts of money on individual players. Those clubs are financially so far clear of the rest of the league that it is easy to fall into the thought process that the other clubs cannot compete. Certainly the playing field isn’t fair.

Yet, days after Pep Guardiola’s side broke the British transfer record by spending £100m on Jack Grealish, they proved they are still beatable. Yes, it was far from his full strength side, and yes, they are rightly going to be favourites to defend their Premier League title, but still it was nice to see things be decided on a football pitch once again, rather than a seemingly forgone conclusion on a spreadsheet.

This is what Brendan Rodgers’ Leicester City side are all about. Fresh off the back of winning the FA Cup, they put in a top class display to deservedly beat the Premier League champions at Wembley. Oh, and the roar of the crowd sounded oh so sweet as Kelechi Iheanacho fired home the decisive penalty late on.

Now Leicester themselves are no longer living a fairytale. This isn’t a shock. Instead of spending £60m+ on individual players, they have repeatedly invested sensibly in the transfer window to build a side, who under the tenureship of one of the best managers in the division, can challenge for the top four once again.

With their success last season, and with surely the most popular owner in football funding the club, they have spent £45m so far this window, and that isn’t a small amount. Yet, this is a club which have also sensibly picked up Ryan Bertrand on a free and his performance today means the future of the back four is looking bright, even with the long-term injury to star man Wesley Fofana.

Their investment isn’t wild like others, but spread affordably over several windows which plants the seeds for long-term success. Match winner Iheanacho looked like being a flop after his move from today’s opponents, but patience has paid off for him as he went on an astonishing run of goalscoring form last season, and looks to carry that into this term. 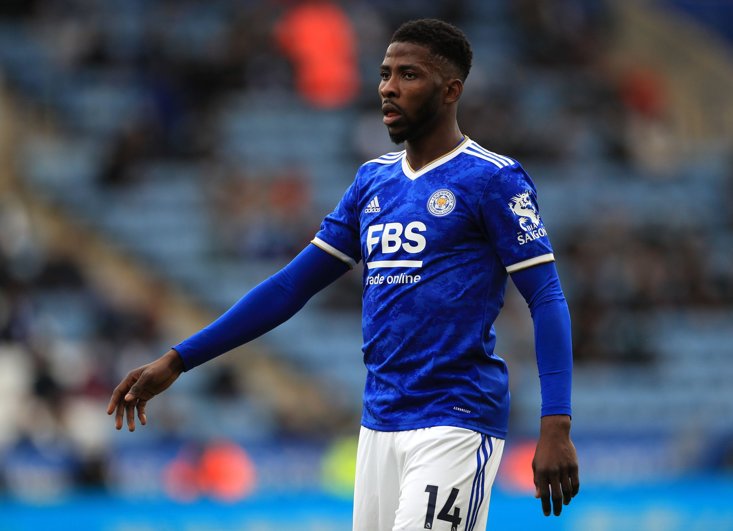 Harvey Barnes once again threatened down the left and looked back to his best following his long absence with an injury that ruled him out of a large chunk of last season, while Youri Tielemans, Wilfried Ndidi and James Maddison once again ran the show in midfield. On this showing, and with Leicester looking likely to challenge the top four again, it seems strange that the Englishman is even considering a possible switch to Arsenal.

He is a key part of Rodgers’ Leicester side and if he can get his numbers up this term, will surely be knocking on the door of Gareth Southgate’s England squad. A move to Arsenal could disrupt his flow and it does seem like a sideways (or even backwards) move at this time, even if he would benefit financially.

The smile on his face at the end of the match, as pictures were taken with the Shield alongside captain Kaspar Schmeichel, Jamie Vardy and owner Aiyawatt Srivaddhanaprabha should give Leicester fans hope that he feels he is in the right place to win more trophies, as the club shows no sign of wilting.

Instead, they seem more prepared than ever to challenge the big-spending super clubs, and do you know what, almost everybody would love to see them succeed. Football isn’t about how much you spend, or how rich your owners are. It’s about teamwork, unity and talent. Leicester are a difficult team to match when it comes to all three.