In the battle between Leicester City's young English wide players, there has been one clear winner. Demarai Gray is a year older than Harvey Barnes, and was exposed to regular first team football at a much younger age, but has fallen decisively behind him in the pecking order.

Regrettably, Gray is beginning to feel like the youth prospect who never grew up. He made 26 appearances for England Under-21s without progressing to the senior side, and has played more than 150 times for Leicester without becoming a regular starter. He turns 24 this year and is in danger of drifting.

This season Gray has started just two league games, but this is hardly a new development. Since arriving from Birmingham City midway through the Foxes' title-winning season, he’s amassed a lot of experience but also spent far too long on the sidelines, reduced to brief cameos rather than a starring role.

Of the 125 league matches that Gray has been involved in over the last four years, he has started just 52. He has only completed the full 90 minutes on a mere 13 occasions. His longest run of consecutive starts is six. Gray clearly offers something to the Leicester team, but not enough as it stands. He’s a great option to bring off the bench but would have justifiably hoped for more by now.

Eventually, being a peripheral figure in a successful team starts to grate. Although Gray’s current situation is understandable, that doesn’t make it any easier to accept. Leicester’s squad contains a lot of attacking quality and the standard required to start regularly is so high, particularly at the moment. But the worrying thing from his perspective is the emergence of someone even younger and more consistent in his preferred position.

Harvey Barnes was completing his scholarship when Gray arrived for £3.7million, already with a wealth of experience at Championship level. Gray was well ahead of the youngster in the pecking order, but a series of loans enabled Barnes to adapt to the demands of senior football. At West Bromwich Albion he proved himself with a series of stirring displays and brilliant goals.

His season-long loan was cut short last January and he was readily integrated into the Leicester team, first under Claude Puel and then Brendan Rodgers. There were some promising performances but little end product. The supreme confidence and self-belief he’d shown in the Championship seemed to wilt somewhat.

OptaJoe
@OptaJoe
3 - Harvey Barnes has scored in three consecutive league matches for the first time; he only scored in two of his previous 39 league appearances before this. Leveller. #LEICHE 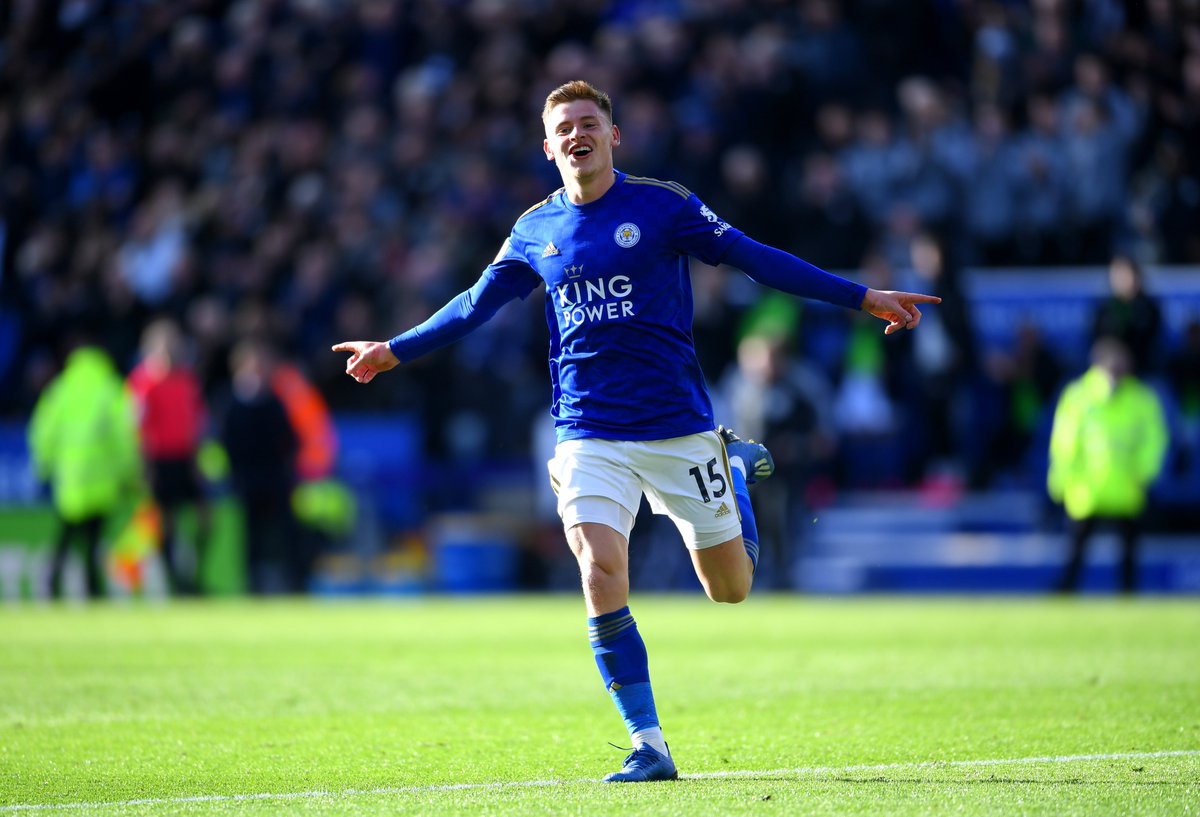 A new season and a continued show of faith from Rodgers changed that. Barnes came on to score a thumping winner against Sheffield United and suddenly started to feel like he belonged at the top level. Quick, clever and industrious, as well as an excellent striker of the ball, he was soon starting regularly as Leicester went on a long unbeaten run.

Doubts persisted over whether Barnes contributed enough goals, but they’ve been decisively addressed with four since the turn of the year. In Leicester's last outing, he scored against Chelsea, cutting in from the left to fire a deflected effort past Willy Caballero, and should have had a second after being set up by Jamie Vardy. His shot slid agonisingly wide of the post.

While Barnes enjoyed another fruitful afternoon, not for the first time Gray remained rooted to the bench. He hasn’t come on in any of Leicester’s last three league games and is increasingly being left in the shade by a shinier prospect, and one more suited to Brendan Rodgers’ preferred style of play.

Gray has undoubted talent and dribbling ability but more consistency is needed. He often struggles to impose himself on games, being more of a decorative player than a decisive one. This summer, it might be time to take a temporary backward step in the hope of providing his career with some much-needed momentum. Otherwise, Gray risks succumbing to stagnation at Leicester and never being trusted enough to become a permanent fixture in the team.

The early 20s are often a defining period for players, as they try to move from the fringes into more central roles. For some, it proves a step too far and they need to move elsewhere in search of a fresh start and regular football. Gray might just be reaching that point as Barnes accelerates past him.