Leigh Centurions’ season-long wait for a victory finally came to an end as the Betfred Super League’s Rivals Round ended with a 32-22 win for the bottom-of-the-table side against Salford Red Devils at Leigh Sports Village.

An early Rhys Williams try for Salford was cancelled out when Joe Mellor crossed for the Centurions, and Keanan Brand’s try – added to the first two of seven Craig Mullen kicks – gave Leigh an eight-point advantage.

Salford would regain the lead though, Harvey Livett going over for Richard Marshall’s side before Ken Sio scored in the corner shortly after half-time. Penalties for either side meant that at this stage Salford held a 16-14 advantage but a trio of further two-pointers from Mullen handed Leigh another lead at 20-16 with less than a quarter of the game to play.

Liam Hood then clinched the victory by finding a gap next to the posts with six minutes on the clock, and Adam Sidlow crashed over for another, rendering Sio’s second try nothing but a consolation. The relief at the end was palpable, with Leigh’s win ending their streak of 16 consecutive defeats following their election to the Super League last December. 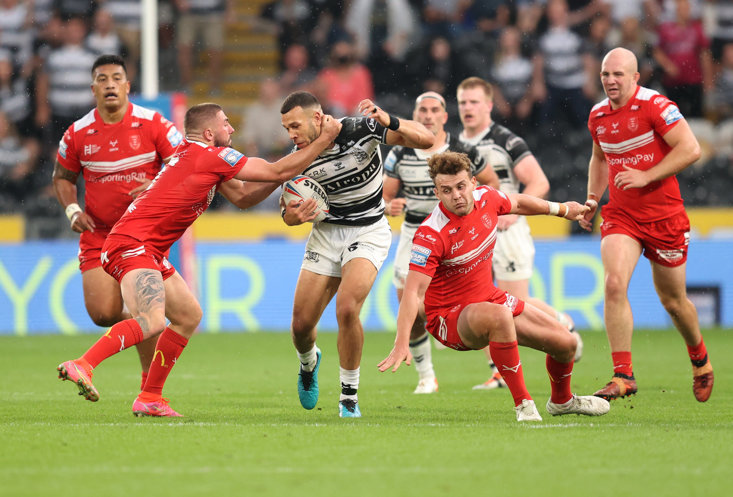 That momentous result came as the perfect conclusion to a fairly breathless weekend of Betfred Super League action, with Hull FC having edged Hull Kingston Rovers in Saturday’s big game.

The Airlie Birds came out on top 23-22 in the season’s first Hull derby after a titanic back-and-forth tussle, with Marc Sneyd’s drop-goal turning out to be the decisive moment of the match.

Adam Swift had opened the scoring for the home side at the MKM Stadium, with Jimmy Keinhorst levelling the scores for Rovers midway through the first half and Rowan Milnes then crossing to give the visitors the lead after a clever bit of ingenuity close to the Hull line. But Hull were six points up by half-time as tries from Bureta Faraimo and Carlos Tuimavave put them 16-10 up.

After Rovers had levelled again thanks to Ben Crooks, another Faraimo try and a Sneyd penalty made it 22-16 to Hull, and Sneyd’s drop-goal six minutes from time gave them a vital seven-point advantage. So while Albert Vete crashed over soon after for a converted try, Hull were able to hold on by a single point in a manic finish during which Tuimavave had what looked like a match-clinching try ruled out by the video referee. 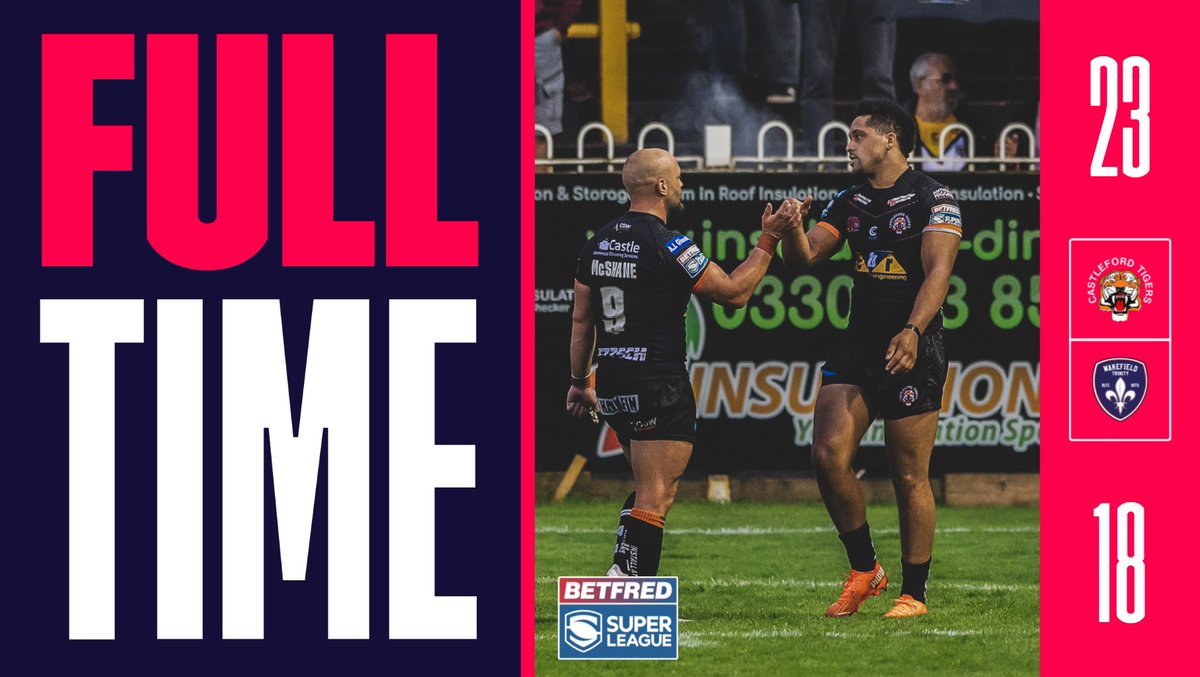 In Saturday’s other game, two tries for Greg Eden led Castleford Tigers past Wakefield Trinity. The winger’s double helped to give the Tigers a 17-point lead at one stage and while Tom Johnstone and Lee Kershaw hit back for Wakefield, the home side had enough in the tank to see out the game and collect a 23-18 win.

The Rivals Round had got going with an 18-12 win for Leeds Rhinos over Huddersfield Giants on Thursday, with St Helens winning 26-2 with a wet sail in their local derby against Wigan Warriors on Friday.