Tennis
News
The Ukrainian pair will meet as their country goes through the toughest of times
Hector Nunns
19:13, 27 Jun 2022

Lesia Tsurenko and Anhelina Kalinina set up an all-Ukrainian second round match at Wimbledon with day-one victories – and then delivered a sobering dose of perspective with their country having suffered so terribly during Russia’s invasion and the war still raging in their homeland.

After beating British wildcard Jodie Burrage, Tsurenko lifted the lid on recent locker-room tensions at tournaments that unlike Wimbledon have allowed Russian players to compete - in a passionate and emotional defence of the All England Club’s move, and criticised the ATP and WTA tours for them stripping the slam of ranking points.

She said: “It’s definitely less tension. I don’t feel good seeing them [Russian and Belarusian players]. I just heard from one Belarusian player that she was against the war – but not  anyone else. It’s nothing personal, just the situation our countries are in right now. There is a big reason for all the sanctions. And I was not happy with the decision of the ATP and WTA to remove the points.”

Tsurenko will next play compatriot Kalinina after she beat Hungary’s Anna Bondar 4-6, 6-2 6-4. Kalinina’s family home has been bombed, and she said: “Thank god my parents are alive, they are safe. It has been impossibly difficult to concentrate on tennis.

“Their house was attacked. There are huge holes in the house, like huge holes. There are no apartments anymore. So now this home is getting rebuilt, so they can't live there. They live in my apartment where I'm living with my husband.

“It's a very small apartment for my family, because, like, my mum, my dad, my brother, and they have pets. So they are so happy and we are grateful that they can move, you know, that they have place to move from Irpin city because Irpin city, everyone knows how Bucha, Irpin, is fully bombed.

“We can't compare WTA points, we cannot compare this ban of these players to what's going on currently in Ukraine. We cannot compare this what they are now missing and how many millions of people are killed, still dying, and how many refugees are brought and surviving, with mothers with their kids, people are out of money, out of family, out of their jobs. They don't have anything. They are like homeless.”

“I'm helping a lot my family. I'm helping a lot to my grandmother and grandfather who is in occupied territory now. They can't leave. So next door is like Russian soldiers with all their military stuff.” 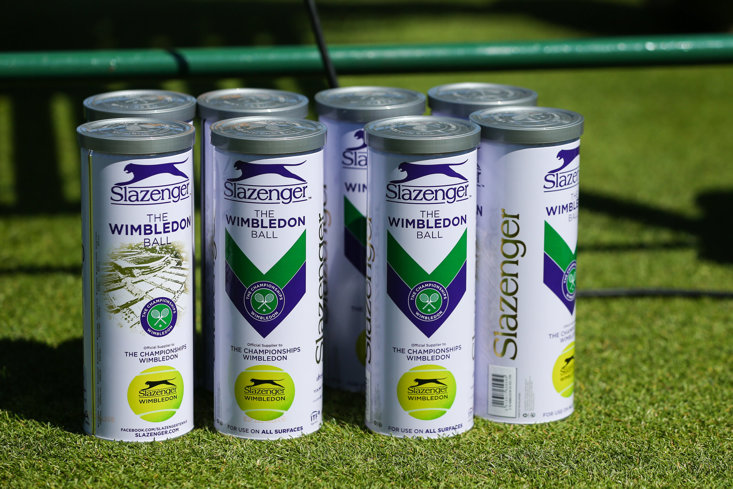 Burrage emerged as a caring Good Samaritan on Court 18  during the straight-sets defeat to Tsurenko. World No141 Burrage from Kingston went down 6-2, 6-3 in a disrupted match stopped first for a rain delay, and then more seriously when a ball-boy was taken ill at the end of the first set appearing to be feeling faint and dizzy – before collapsing in a chair.

As a concerned BBC cut the live feed, the 23-year-old, who refused to use either as an excuse, was quick to rush to the boy’s aid. First she offered him a Gatorade and an energy gel – and then accepted some Percy Pig sweets offered by a spectator in the crowd and took them to him.

Burrage said: “He just said he was feeling really faint, and couldn't actually really talk. It was quite distressing to see. I just tried to get him some sugar, gave him a Gatorade and a gel. Then they managed to find some Percy Pigs in the crowd, which he got down and then started to feel better. Hopefully he's feeling better now.

“I've fainted a few times myself. I actually had a panic attack once in juniors here, so I've been where he is. I kind of know a little bit how he was feeling. I think he just felt faint.”

Meanwhile All England Club chief executive Sally Bolton expressed regret for the impact on individual players of there being no ranking points on offer at Wimbledon – but defended the decision to be the only grand slam tournament to ban Russian and Belarusian players including men’s No1 Daniil Medvedev over the invasion of Ukraine.

As a result the men’s and women’s tours, the ATP and WTA, by way of their own sanction joined forces to take away the significant points usually on offer that help players move up the rankings with a good run.

Bolton said: “We spent a long time thinking about it and in making that decision. It was complicated but we stand by it. We hugely regret the impact it has on the individual players involved, but it remains the right decision for us this year in the context of UK-specific guidance.