Football
News
When Lewandowski does leave the Allianz Arena, he will depart with a truly staggering legacy of goals, club records and trophy-laden memories
Joey Mills
16:04, 30 Aug 2021

Bayern Munich striker Robert Lewandowski netted his 300th goal for the club as they battered Hertha Berlin 5-0 on Saturday. In typical Lewandowski fashion, he then added his 301st Bayern goal, completing his hat-trick. The Hertha game also marked the 16th consecutive Bayern game in which the Poland international had scored, surpassing the previous record held by the late Gerd Muller. There is no question the 33-year-old forward will go down as a legend at the Allianz Arena. However, questions remain over whether the spectacular stadium is where Lewandowski wants to be at this stage in his career.

We are coming to the end of a summer defined by forwards. Lionel Messi ended a career-long association with Barcelona and arrived at PSG, Cristiano Ronaldo and Romelu Lukaku returned to their first English clubs, while speculation swirled over Harry Kane and Kylian Mbappe’s futures. The same sort of questions were briefly raised over Lewandowski’s future, when reports emerged a fortnight ago claiming the striker wanted to leave Bayern. While the furore subsided as quickly as it appeared, and has since been buried under glowing retrospectives as Lewandowski racks up milestone after milestone.

The club were reportedly unwilling to entertain offers for their talisman, and even if they were, it is hard to envisage any of the clubs who can afford him shelling out the quoted £100 million price tag for a 33-year-old. Lewandowski would immediately improve any squad he joined, but in this difficult pandemic landscape such an outlay is rare. Also working against the Pole’s desire for pastures new is the fact that two of the handful of clubs who could meet his price tag, have instead opted for Messi and Ronaldo as their ageing but highly-capable forward signings. 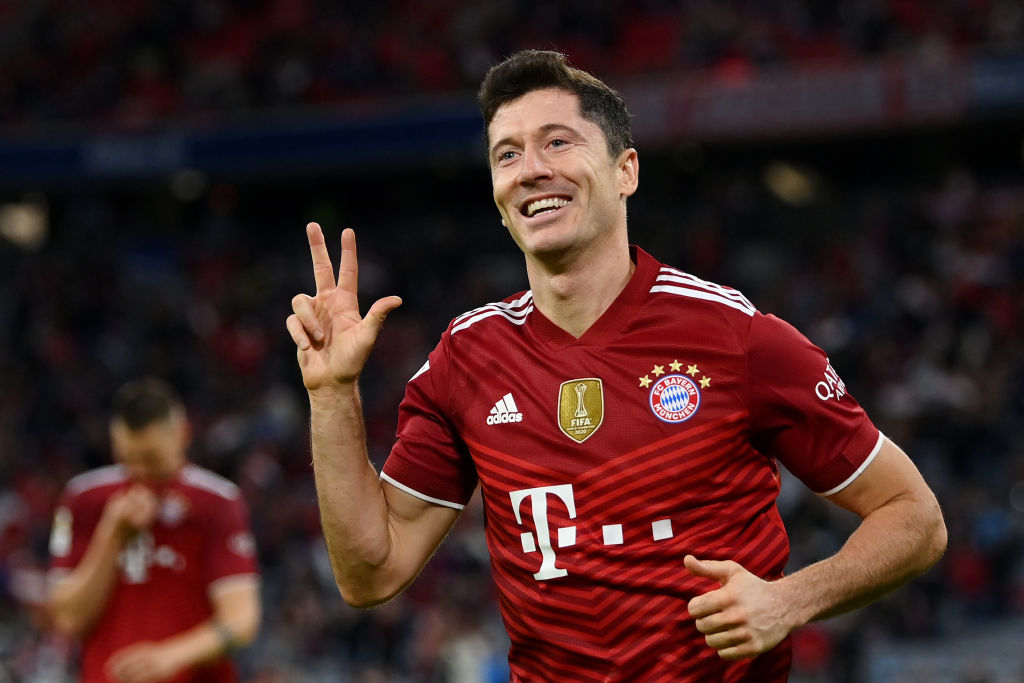 With City’s attitude reportedly being ‘Kane or bust’ now their own move for a certain Portuguese striker has failed, Chelsea looking at other positions with Lukaku in situ, Barcelona handcuffed by financial regulations and Real Madrid only having eyes for Mbappe, there is nowhere left to turn for Lewandowski.

If this unique state of affairs is bothering the former Borussia Dortmund star, he certainly is not showing it. Lewandowski has five goals from his opening three league games, to go with the brace he notched in the German Supercup. Those close to the prolific hitman speak highly of his professionalism and conditioning, and the player himself has said he expects to remain at the top level for another three or four seasons. But after being the top Bundesliga scorer for four consecutive seasons, and clinching the league title in every single campaign he has spent at Bayern, it is understandable that he feels greater tests lie elsewhere.

Despite the fact we are on the eve of deadline day, there is zero chance Lewandowski will have left the Allianz come September 1st. He can take solace in the fact that with his incredible record, just seven shy of 500 club goals, he is sure to attract some high-profile takers. The Ronaldo and Messi moves prove that age is no barrier for the elite players, and if football’s financial landscape can stabilise as we move back to capacity crowds, Lewandowski may finally leave the German giants behind. He will leave behind a truly staggering legacy of goals, club records and trophy-laden memories.