Motorsport
News
The seven-time world champion extends his lead to eight points in the driver's standings
Kieran Spratt
17:37, 02 May 2021

Sir Lewis Hamilton extended his lead in the driver's standings to eight points with a near-perfect race at the Algarve International Circuit in Portugal on Sunday.

It was the Briton’s second win this season and, incredibly, his fourth win-in-a-row when starting from second on the grid. The seven-time world champion, who is so far on course to break the legendary Michael Schumacher’s record this season, finished almost 30 seconds clear of Red Bull’s Max Verstappen, while pole-sitter Valterri Bottas had to settle for third.

Hamilton fell to third when Verstappen overtook him at a restart after an early safety car, but the 36-year-old passed him four laps later and then did the same to his Mercedes team-mate Bottas soon after, before going on to dominate the race in a genuine masterclass performance.

"That was such a tough race, physically and mentally and just keeping it together," said Hamilton in the aftermath of his 97th career win. "It was windy, so it was easy to put a foot wrong.

"I lost out at the restart which was not good. I was not happy and I had to position myself the best I could. I then had to make a move on Valtteri before the tyres were destroyed, and I just made it stick at turn one." 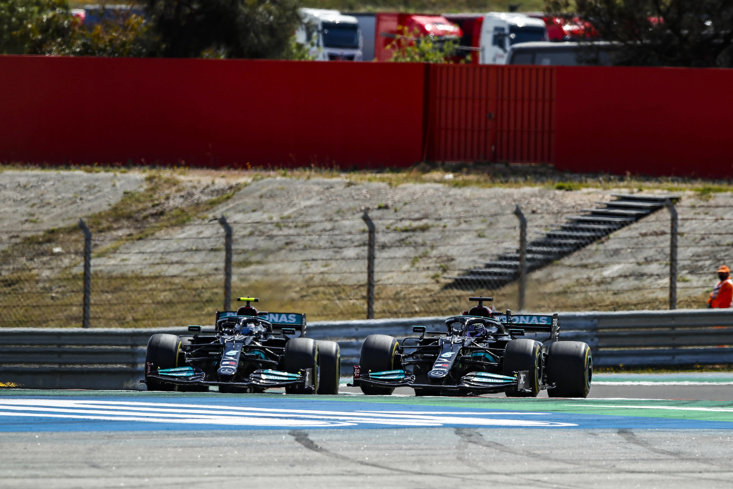 Verstappen had, after a late pit stop, set the fastest lap of the race to claim a bonus point but it was ultimately removed for exceeding track limits, going to Bottas instead, meaning Hamilton is eight points clear in the standings going into next week’s Spanish GP in Barcelona, rather than just seven.

The Dutchman said, "At the end we just lacked a bit of pace and Lewis got by.

"Once we settled in second you could see we were lacking in pace compared to them. We were not on top of it here, but we will see what we can do in Barcelona."