Motorsport
News
Hamilton held off the Red Bull driver to win the opening race of the season
Simon Lillicrap
18:31, 28 Mar 2021

This was Formula One at its absolute finest. Lewis Hamilton won the Bahrain Grand Prix by less than a second and got his season off to a flying start, pulling off one of the finest wins of his career to hold off Max Verstappen. One thing is for certain, if Hamilton is to win a record-breaking eighth world title this season, it looks as if it will be harder than ever to pull off.

Red Bull are here to compete and from this showing they will be much closer to Mercedes than last year. Hamilton, who started in second place behind pole-sitter Verstappen got himself in front of the Red Bull driver and then, despite being in a slower car for the final ten laps, somehow managed to hold off the 23-year-old for the win. It was a remarkable performance from one of the finest sportspeople on the planet.

"Wow. What a difficult race that was. Stopping early we knew would be difficult but we had to cover Max, they have had an amazing performance all weekend. We suffered the last stint. Max was all over me at the end and I was just about able to hold him off. That was one of the hardest races I've had for a while.

"Each year they are talking about when you hit your peak and timing is everything. I think I am at that and Max is doing really well at the moment. I love the challenge."

In Bahrain, Hamilton set another Formula One record, leading for the most laps out of anybody in the history of the sport, however this was anything but a regular win. He seriously had to push his car to the limit to come home in first, with the wind and tyre wear causing havoc for several teams. 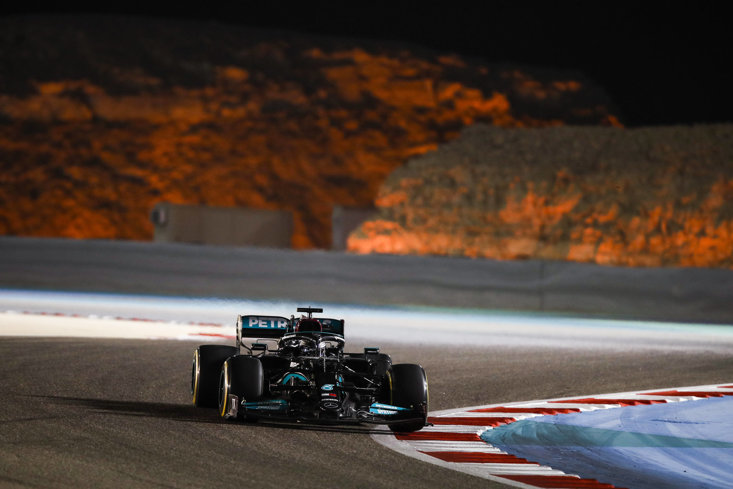 Valtteri Bottas, who crashed into Hamilton on this track in 2016, couldn’t quite close the gap due to a shoddy pit stop from the Mercedes crew, but still finished on the podium. An issue with his front right tyre meant he was put back down before it had been changed, wasting valuable seconds as Mercedes searched for an opening day one-two.

Lando Norris drove brilliantly well to finish fourth as McLaren proved that they had the pace to stay with the big boys this year, with Daniel Ricciardo also finishing in the top ten, crossing the line in seventh. Verstappen’s Red Bull teammate finished fifth, with Ferrari’s Charles Leclerc in sixth but one of the most entertaining drives on track came from Yuki Tsunoda in the AlphaTauri, who attacked anyone and everyone, including former world champion Alonso in a fearless display that earned him a ninth placed finish. We can’t wait to see more of him as the season progresses.

Talking of the Spaniard, this race was 20 years on from when Raikkonen and Alonso made F1 Debut in Australia, but the latter sadly didn’t finish after a brake failure while Raikkonen finished in 11th.

Perhaps this race, and Hamilton’s brilliance is best summed up by the man himself in the closing stages. With his car and tyres weakening, and Mercedes willing him to hold off a rapidly approaching Verstappen, he said just five words.