Canadian tennis player Leylah Fernandez has been a breath of fresh air at the US Open in New York and her sensational run continued on Sunday as she stunned 2016 champion Angelique Kerber to reach the quarter-finals.

The young star, who is celebrating her 19th birthday on Monday, has been a joy to watch so far at this Grand Slam and she has now defeated Naomi Osaka and Kerber on the spin. In her latest triumph she battled hard to overcome a 4-2 deficit in the second set to force a tie-break and she did not falter from then on.

Her performances at this tournament have been enthralling to watch and her devastating forehand was too much for Kerber to handle in the latest round. This has been her debut campaign at the US Open and she has smashed her Grand Slam personal best by reaching the last eight. The young Canadian will undoubtedly be on cloud nine right now, but she will need to retain her focus ahead of the biggest clash of her professional career so far as she awaits fifth seed Elina Svitolina.

Fernandez is the latest case of a young star having to relocate to better her career chances. The 19-year-old was cut from the provincial development programme at a young age, so the family decided to move to Florida to better her and her sister’s careers. Her father was a former footballer who turned professional at 13, so sport has always been strong within the family, and he decided to learn how to play tennis to coach his daughter. 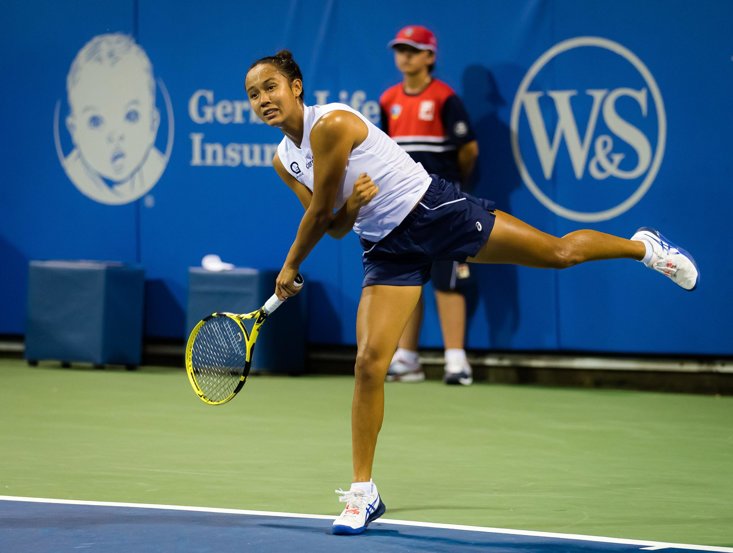 The pair are huge Pep Guardiola fans and they watched Amazon’s ‘All Or Nothing’ Manchester City documentary series together, and Fernandez has said that Pep’s footballing philosophy is like her tennis game.  And the work that her father put into developing her game paid off in 2019 when she won the French Open girls’ singles title before breaking into the top 100 last year.

Her current form, with her two consecutive shock victories over Osaka and Kerber, will have more than prepared her for Svitolina, but the Belarusian is on a nine-match unbeaten streak following her 6-3 6-3 victory over Simona Halep and she will be full of confidence too. The two players have played some excellent tennis at the Grand Slam so far and it is set to be an enthralling encounter when the pair meet on Tuesday.

Fernandez is one of three teenage sensations to have enjoyed a good run in New York so far. Briton Emma Raducanu faces home favourite Shelby Rogers in the round of 16 on Monday and she has not lost a set so far. The other teen star is Spaniard Carlos Alcaraz, who has reached his first Grand Slam quarter-final in what is his US Open debut.

With plenty of tennis still to come in New York, we have been treated to glimpses of what to expect from the next generation of tennis stars.