It may have been a night to forget for Real Madrid in the Champions League last night but on a personal note it was a triumphant one for striker Karim Benzema. The Frenchman’s penalty moved him into fourth place of the all-time European Cup goal charts, overtaking Madrid legend Raul.

The 33-year-old striker has always been one of the most reliable players in world football in front of goal and while everyone acknowledges and praises his numbers, it still feels as though he does not get the respect he deserves. His goal against Sheriff Tiraspol on Tuesday was his 72nd in the Champions League and it was also his 60th strike for Los Blancos in the competition. He also joined Lionel Messi as the second player to score in the Champions League for 17 consecutive seasons, which is a frighteningly good achievement.

Benzema’s goalscoring record speaks for itself and he has established himself as one of the greatest forwards of this generation but doesn’t appear to be thrown into the bracket of Robert Lewandowski, Sergio Aguero and Luis Suarez. It was just last week that he joined the 200 goals club in La Liga with his brace in the thumping victory over Mallorca. He has reached that feat in just 390 La Liga matches, highlighting him as one of the greatest goalscorers that the beautiful game has seen.

The ex-Lyon striker has nine goals to his name in 12 appearances this term and his boss Carlo Ancelotti has backed him for contention in this year’s Ballon d’Or. The Italian manager said: “I think for what he’s doing and what he did last season, has to be on the list of players who could win the Ballon d’Or.

“Having said that, Karim has time to win it. I don’t think this will be his last season. I think Karim is like wine, he gets better with age.” 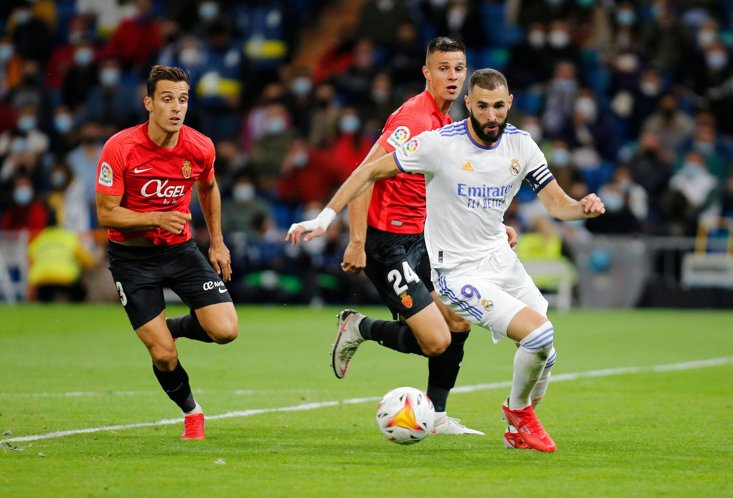 The Los Blancos boss is fair with that assessment. He may be in his 30s now, deemed the final years and past the peak of a footballer’s career, but Benzema has taken a leaf out of the book of the likes of Cristiano Ronaldo and Messi who are also still delivering in their later years. Last term, the veteran striker scored 30 goals in all competitions for Madrid, showing the world that he can still deliver at the highest level and on a consistent basis.

With the side’s finances in turmoil, Benzema’s continuing accomplishments have been a ray of light for the supporters who have shown a lot of love for the player who has thrived off carrying the goalscoring burden left behind when CR7 swapped the Spanish capital for Turin, joining Juventus three years ago.

In the absence of the Portuguese superstar, Madrid have looked to Benzema to deliver the goods and he has stepped up to the challenge, having scored 96 goals for the club since 2018/19. There is no disputing that he has been their main man since Ronaldo left and his outstanding goal record puts him with the very best strikers to have graced the game.

With a fine start to the new campaign, there are no signs of him slowing down and the brilliant Frenchman will be hungry for more personal success.