All the talk this week might be about the undisputed fight that isn’t happening anytime soon but that shouldn’t distract us from the fact that there’s another undisputed scrap this weekend that will show off boxing at its absolute best.

While Anthony Joshua and Tyson Fury’s titanic all-British heavyweight tussle looks to be off for the time being, fight fans can find solace in the showdown between Josh Taylor and Jose Ramirez for the WBA, WBC, IBF & WBO super-lightweight titles in Las Vegas on Saturday night.

In the four belt era of boxing, there have only been six world title fights with all of the straps on the line, meaning that this weekend Taylor could not only take part in a slice of boxing history that doesn’t come around very often, but also become the first British fighter ever to be world champion and recognised by all four of the world governing bodies.

The Tartan Tornado will also take a giant leap into the history books in his native Scotland too, where he will have the chance to emulate his hero Ken Buchanan, who is widely regarded as the nation’s greatest fighter.

Buchanan, who won the 1970 American Boxing Writers’ Association’s ‘Fighter of the Year’ award ahead of Muhammad Ali and Joe Frazier and once gave a young Roberto Duran a tough night at the office, was the last Scottish unified champion of the world, a feat he accomplished 40 years ago. Should Taylor emerge victorious against the unbeaten Ramirez, the 30-year-old will etch his name alongside Buchanan as not only one of Scotland’s greatest champions but also one of the best boxers produced by the British Isles. 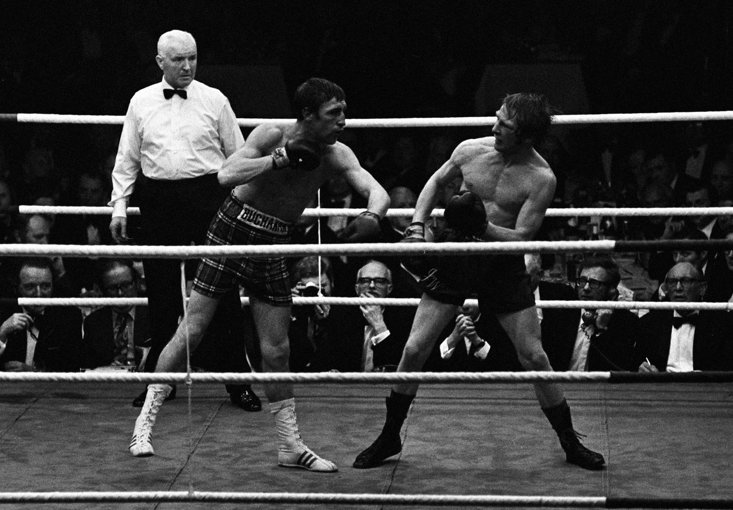 "It would be amazing to win this fight and go back to Edinburgh and say I'm like him," Taylor told 5 Live Boxing about his idol Buchanan, who is now 75 and in full-time care at a nursing home.

"I could say I proved him right years ago when he said I would be world champion. It would be a really proud moment for me to say 'I'm like you, champ'."

It’s expected to be another tough test for the undefeated southpaw (17-0) against Ramirez (26-0) but the WBA and IBF world champion is in a confident mood as he looks to snatch his American opponent’s WBC and WBO straps when they come face-to-face in Vegas.

“Are you ready for war? I’ve got the war paint on, the war paint’s ready to go,” Taylor said on the Betfred Boxing Show.