Football
News
After a decade at Leicester, the Danish goalkeeper has been named as the Foxes' new captain
Simon Lillicrap
20:02, 13 Aug 2021

Kasper Schmeichel's decade at Leicester City has seen the emergence of one of the best goalkeepers in the world and now he has been named club captain of the Foxes after inspiring them to promotion, a Premier League title and most recently FA Cup and Community Shield success.

However, it hasn’t always been that easy for Schmeichel, who carried the weight of that surname on his shoulders as a youngster.

When he was signed up to Manchester City’s academy as a promising teenage goalkeeper many believed he wouldn’t make it and that he was just hanging onto the coattails of his famous father. Having a dad who had won everything there is to win in club football across the city, meant that there was a huge amount of pressure on the youngster who went through learning loan spells at Darlington, Bury and Falkirk.

One man who did show tremendous faith in the youngster was former Manchester City manager Stuart Pearce. He told The Sportsman about Schmeichel’s attitude, and how his father helped, rather than hindered his development.

“He always had a wonderful work ethic, he was at the academy when I was a coach at Man City and then he signed his first contract when I was the manager in 2005,” Pearce explains.

“He was in and around as one of the young goalkeepers for a couple of years while I was managing there. We were fortunate enough to have him and Joe Hart on the books at the time and they sort of bounced off each other in many ways. He is very brave, really hard working, loves his profession, and would stay out on the training pitch.

“He matured nicely as a goalkeeper, in the early days there were question marks whether he would be good enough dealing with crosses because he hadn't grown. But his distribution is wonderful, his shot stopping and his bravery and his penalty saving as well. He is a real credit and was arguably the best goalkeeper at Euro 2020.” 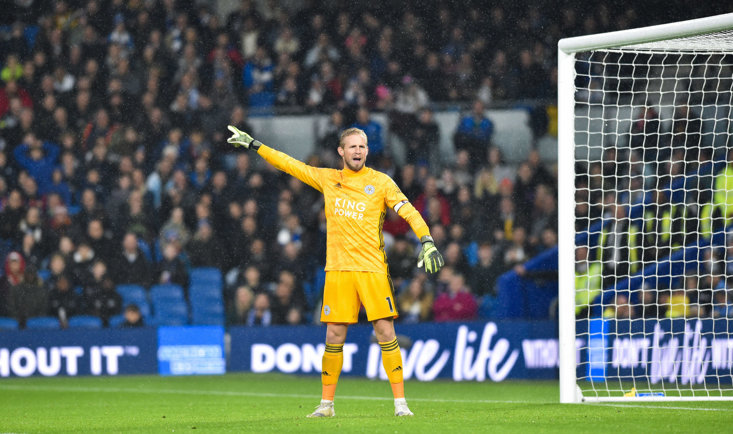 As we have seen with several other sports stars, a famous father can sometimes be a negative rather than a positive influence. Chris Eubank was perceived to be overbearing in the early years of his son’s boxing career, but according to Pearce, there were no such issues with Peter.

“There was always a little bit with Kaspar in his younger days, a bit of 'my dad did it this way' - I think that was in the back of his mind,” Pearce says.

“But I have got to say, Peter was very good, he let you get on with it. He would let us as coaches or a manager get on with it, he never had a real opinion about Kaspar, credit to him, he took a back seat and said ‘look, you manage him, you coach him, put him out on loan where you see fit.’ I think that was a really good idea, rather than be a hands-on father he let Kasper thrive on his own and become his own man and that is what he has done.”

After more loans at Cardiff and Coventry, the making of Schmeichel came when he got his permanent move away from the Etihad, in bizarre circumstances. The spotlight shined ever brighter as he joined up with Sven-Goran Eriksson’s Notts County in League Two, who had just signed Sol Campbel after a takeover, and brought the 23-year-old keeper in on £25,000 a week.

He was their highest paid player, and even though the proposed takeover was non-existent and the club fell to pieces off the pitch, Schmeichel became a man on it as he played a key role in their League Two title win, even picking up a Player of the Month award along the way.

He was moved on to Leeds the following season, before Leicester came calling, aware that there was a serious talent emerging in the Football League. His journey over the past decade has been on an progressively upward trajectory, but the real plaudits must go to the 34-year-old for how he has handled himself in some of life’s most testing situations.

When former Leicester owner Vichai Srivaddhanaprabha lost his life in that tragic helicopter accident in 2018, Schmeichel ran out of the stadium and desperately tried to make his way towards the burning wreckage, only to be kept away by the police. Bravery is a word that gets bandied about far too frequently in football, but bravery is running towards, not away from a fire when lives are at risk. He was unable to help on this occasion, but his attitude towards the disaster typified the type of man he has become. 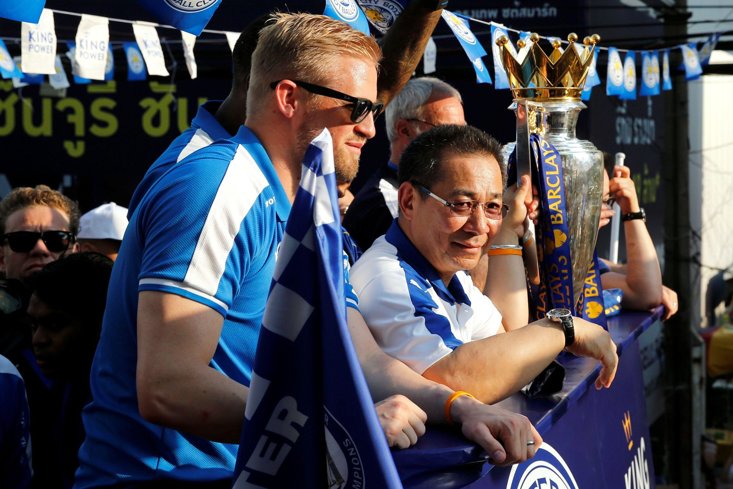 Three years later, Schmiechel would have to deal with another tragedy head on. On the pitch at this summer’s Euro 2020, his teammate Christian Eriksen suffered a cardiac arrest and collapsed on the pitch. The goalkeeper, and the rest of his teammates formed a shield around his body to give him privacy as he was resuscitated.

As Sabrina Kvist Jensen, Eriksen’s wife and mother to his two children, rushed onto the sidelines in floods of tears, it was Schmiechel, along with captain Simon Kjaer that comforted her. To be able to cope with this type of trauma with such compassion and dignity is more significant than any sporting achievement he could accomplish.

He’s become so much more than just a footballer, even if, for Leicester, it is brilliant that he is one of the best in the division. He still has a few years left at the very top but the man that he has become on and off the pitch is one that the whole footballing community should be immensely proud of. Leicester City’s new captain is a bonafide Premier League legend.