Football
News
With 10 goals in 19 games this season, Bamford looks set for the best goal return per game of his career
Elliott Bretland
09:00, 31 Jan 2021

Jamie Vardy was 27 when he played his first game in the Premier League on the last day of August in 2014. The rest, as they say, is history and the Leicester City forward was the talisman for the club’s unlikely title win of 2016.

What boosted the fairytale nature of the triumph is that Vardy was released by Sheffield Wednesday as a youngster and ended up playing non-league football with Stocksbridge Park Steels, earning just £30 a week. He then went on to Halifax Town and Fleetwood Town before the Foxes paid a non-league record of £1 million for his services.

On Sunday, when Leeds United travel to the King Power Stadium, Patrick Bamford will arrive as another 27-year-old looking to finally make his mark in the top flight. Having started his career at a global powerhouse in Chelsea, many would scoff if you compared his trajectory to Vardy’s, yet in some ways he is following a similar path. Now, he’s not going to guide Marcelo Bielsa’s men to the title - we don’t think so, anyway - but he too has been doubted and is now enjoying a renaissance.

With 10 goals in 19 matches this season, Bamford looks set for the best goal return per game of his career. Exuding excellent hold-up play and some supreme finishing, it looks like he is finally at the level of a Premier League marksman. And that’s something you couldn’t say when his loan to Crystal Palace in 2015 yielded zero goals. 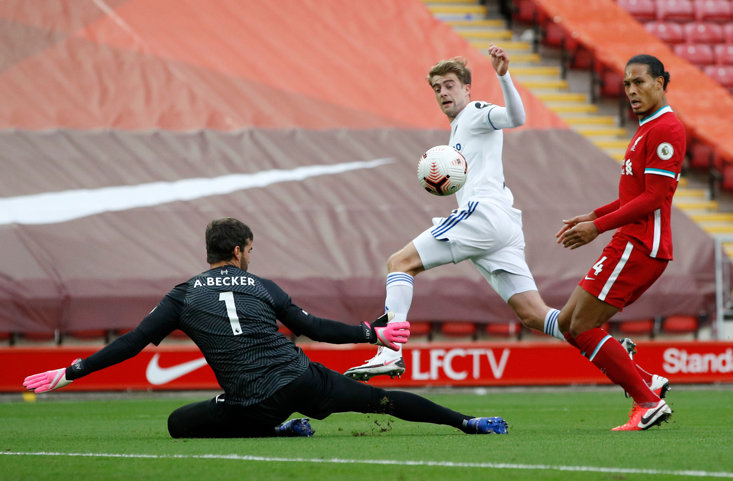 Even last season a section of the Leeds support grew frustrated with his lack of consistency in front of goal, but he has produced some stunning strikes this year.

Both English and playing in this country’s academies as kids, Vardy and Bamford started their respective careers with high hopes before having to take a backwards step to catapult themselves forward. While Vardy’s naysayers will have come in the shape of those who released him as a kid, Bamford has dealt with irked fanbases and stunted progression, particularly having failed to score a single league goal in his last three loan spells away from Chelsea.

The pair have each responded in the best way, by sticking the ball in the net. And while Vardy has earned the respect of the football world, Bamford is also starting to get kudos himself and he continues to grow.

“He can improve,” Bielsa told the Yorkshire Post in November. “Normally when a player matures, which is around this age, their qualities are defined. Bamford’s are too. But that doesn’t mean he can’t improve his game.

“There are a lot of players who have qualities but they are not able to show them on the field. The challenge for Bamford is to show his qualities on a regular basis.”

That’s what Vardy did, breaking the Premier League record for goals in consecutive matches as a 28-year-old in 2015, and Bamford would love to do the same. Having been doubted for the vast majority of his senior career, he is finally proving his critics wrong.

If he can style it like Vardy and enjoy half the success of the Leicester striker, he could become an accomplished Premier League forward for a long time to come.