Football
News
Stay tuned for all the biggest updates throughout the day
Sam Penfold
09:08, 22 Dec 2021

It's Carabao Cup time once again on Wednesday night as Liverpool host Leicester, Chelsea face the short trip to Brentford and Tottenham face off against West Ham in a London derby all of that while the Christmas calendar across the UK starts to suffer disruption. Chaotic times lie ahead!

With every bit of team news, every single update regarding postponements or rule changes, The Sportsman will be here throughout the day. 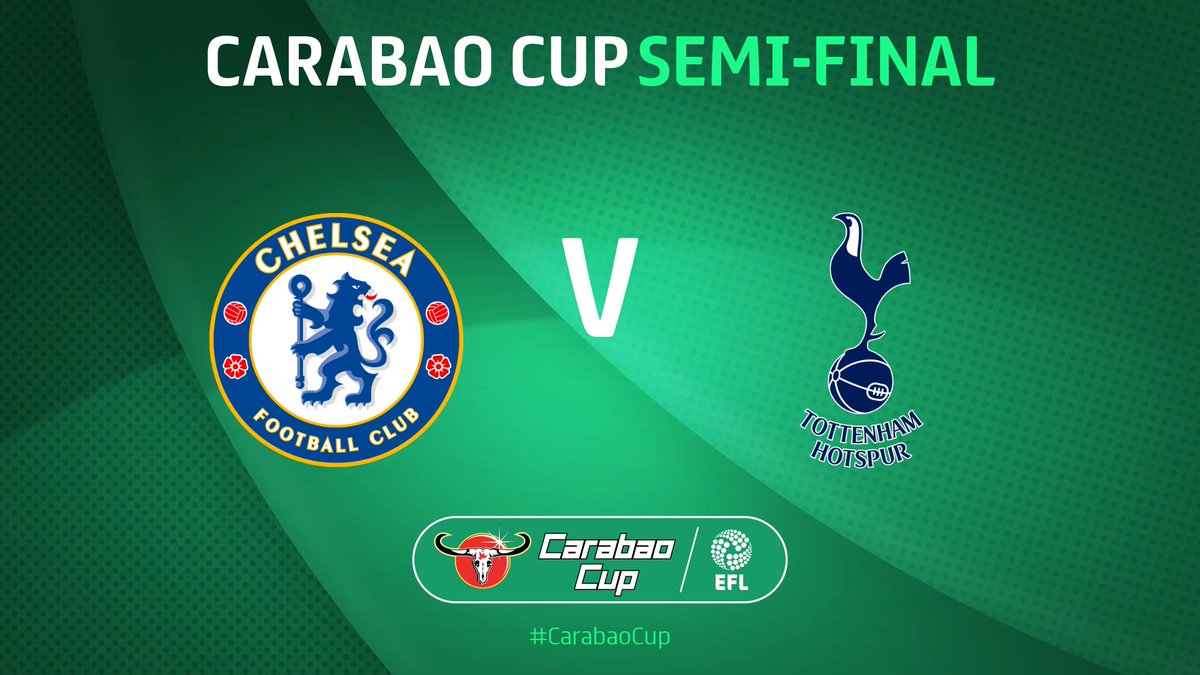 Diogo Jota sinks it and it's all over! Liverpool are into the next round via penalties!

Ryan Bertrand rolls it straight into the dive of Kelleher! Awful penalty.

Takumi Minamino skies it! Someone on the Wirral better watch their gardens for that one, we're off to sudden death!

Kelechi Iheanacho scores but it might all be over...

Alex Oxlade-Chamberlain puts it in the side netting!

Marc Albrighton straight down the middle!

Stay tuned, as Liverpool and Leicester do battle to stay in the Carabao Cup...

4 weeks ago
HALF TIME SCORES

4 weeks ago
Spurs running away with the stats

The Antonio Conte effect is already being felt at the Tottenham Hotspur Stadium!

Diego Simeone, on the tenth anniversary of him taking over Atletico, has reached a milestone only managed by few managers. He is part of the small club of managers to manage a team for a decade or more and have won both domestic and international trophies with the club. The last person to join the club was Sir Alex Ferguson back in November 1996. 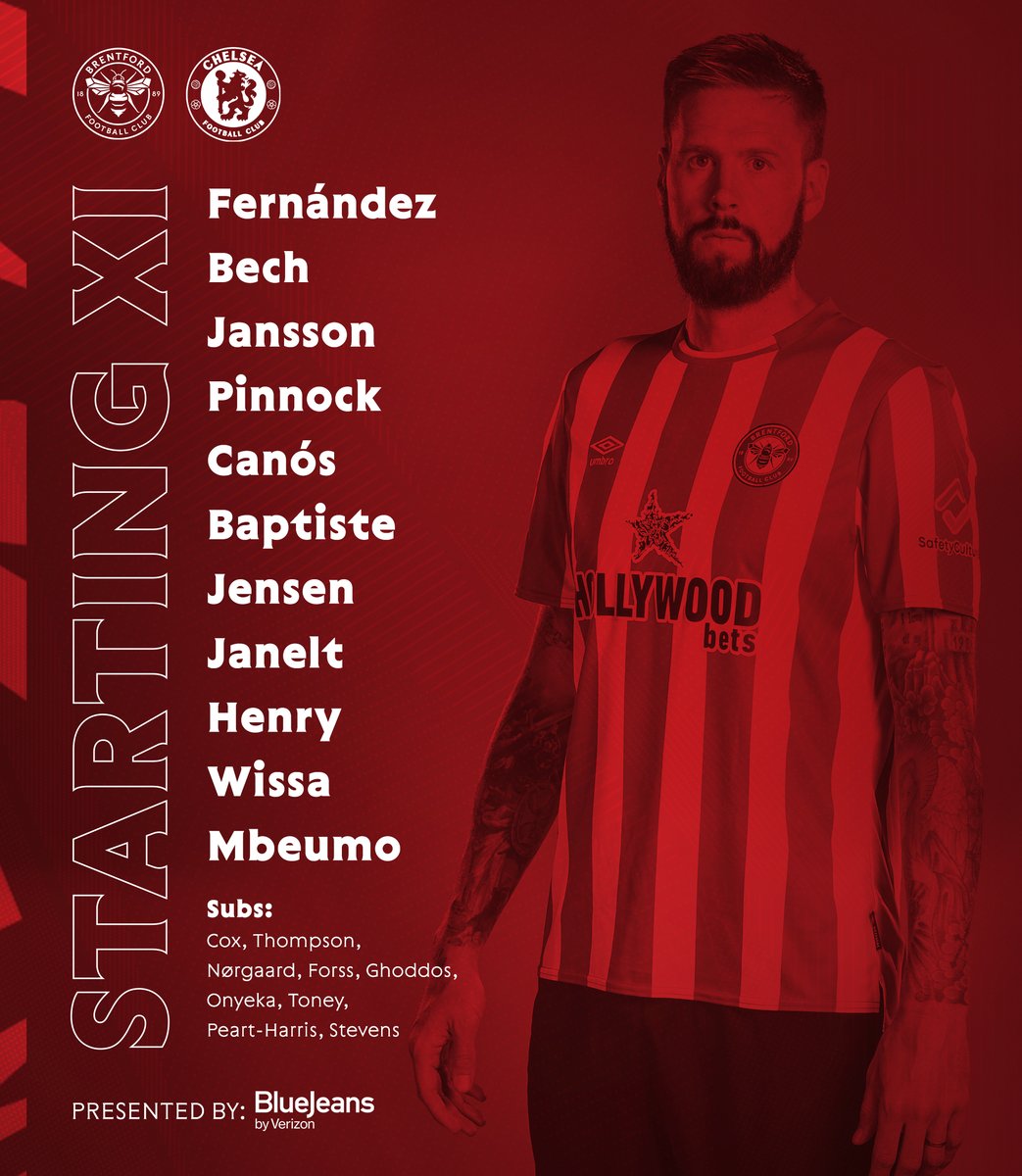 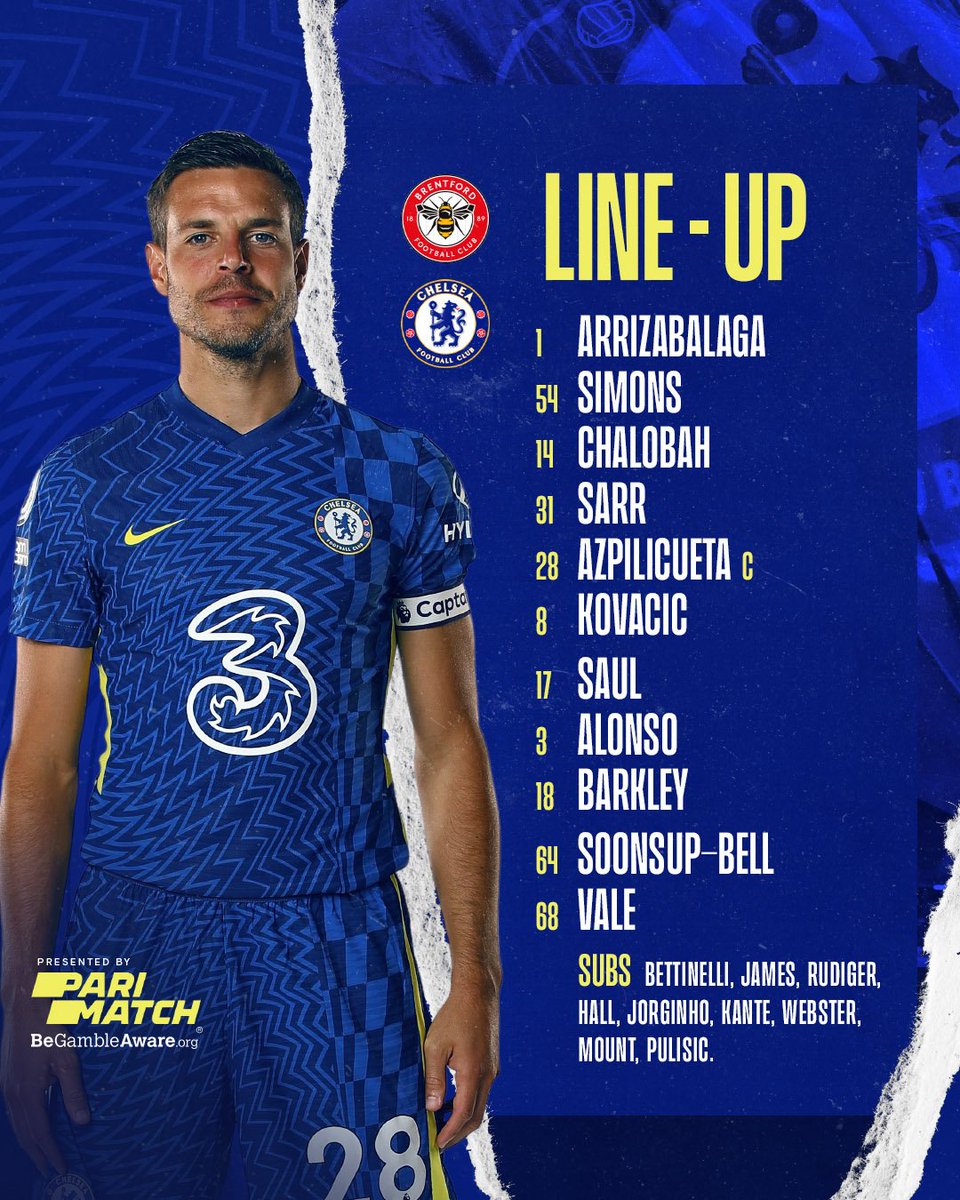 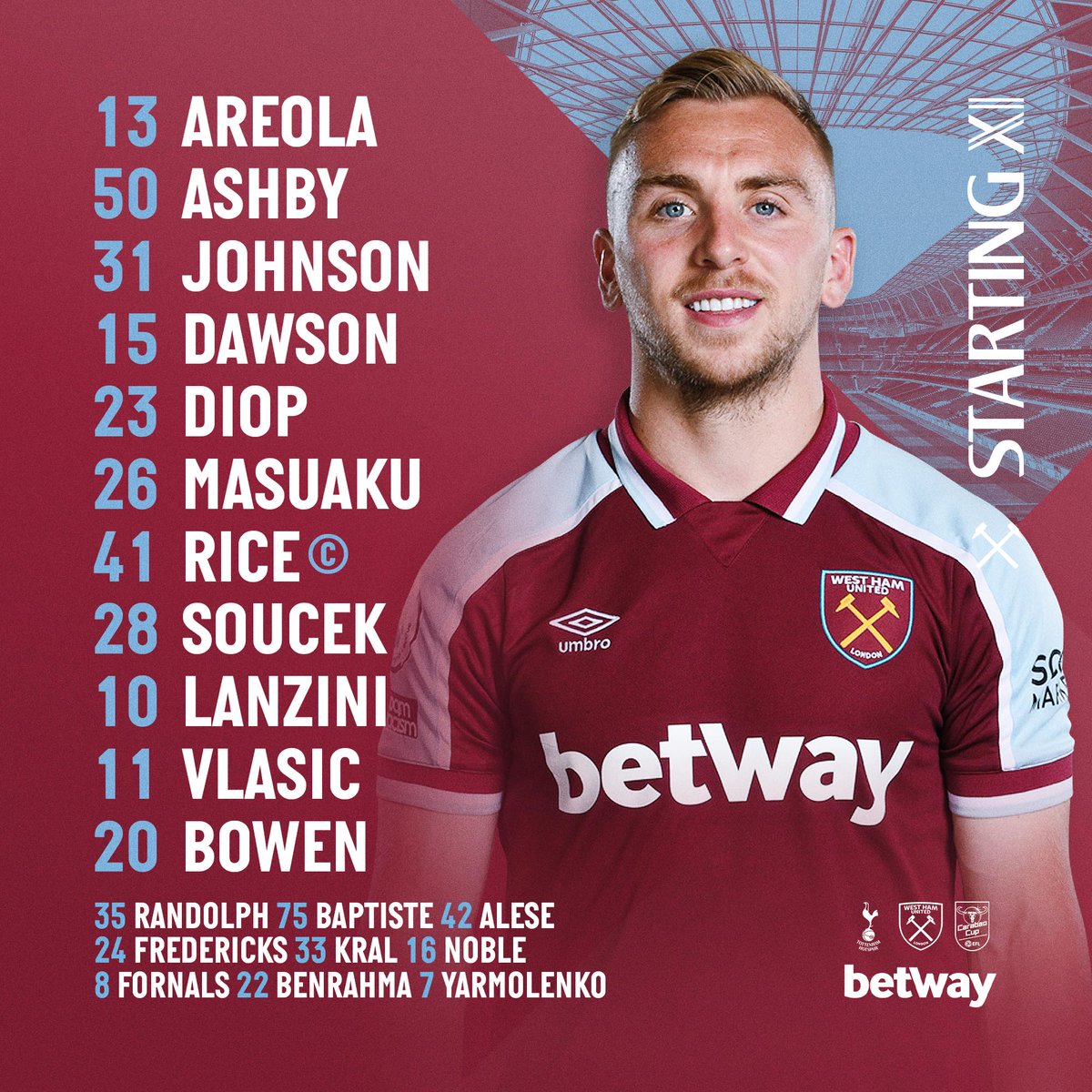 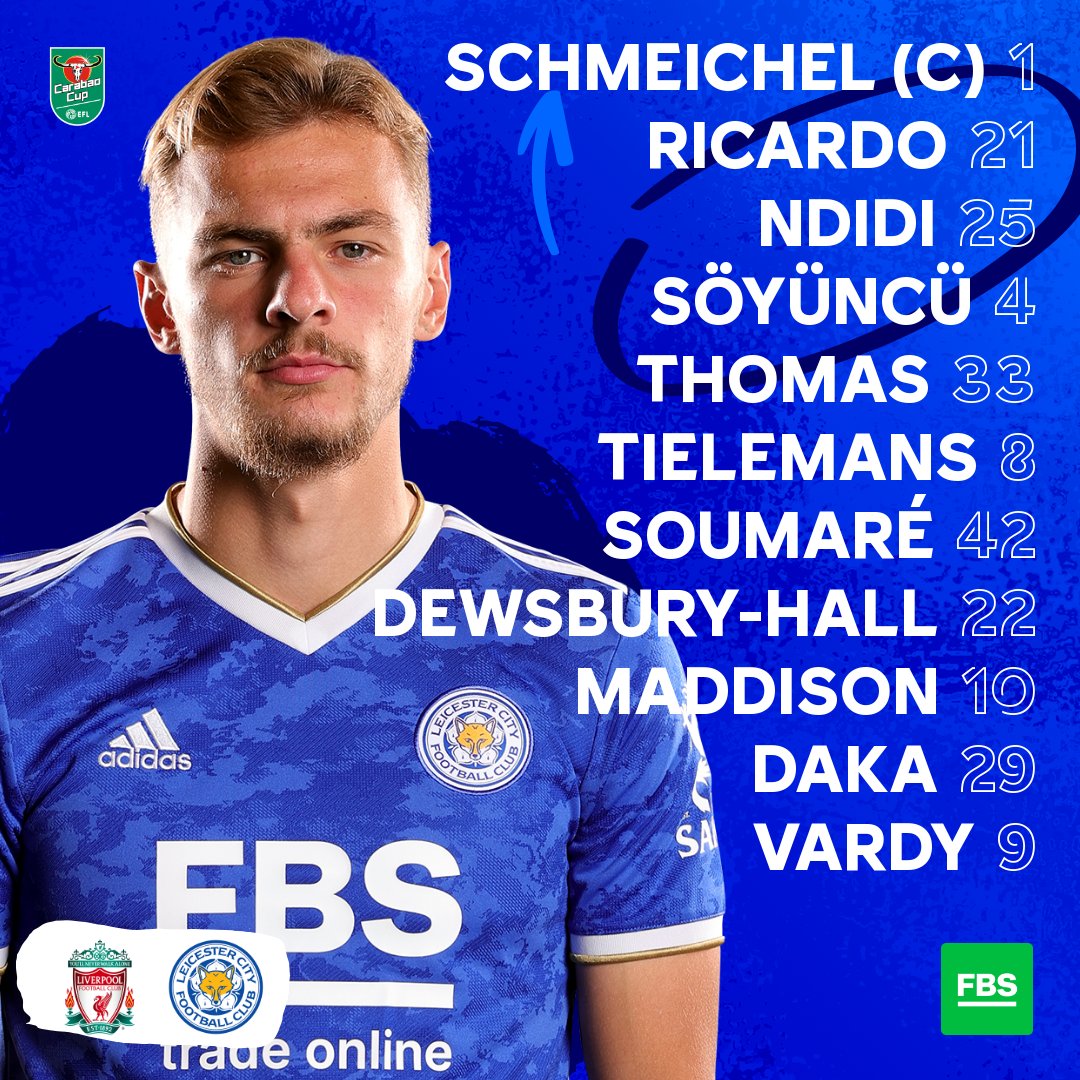 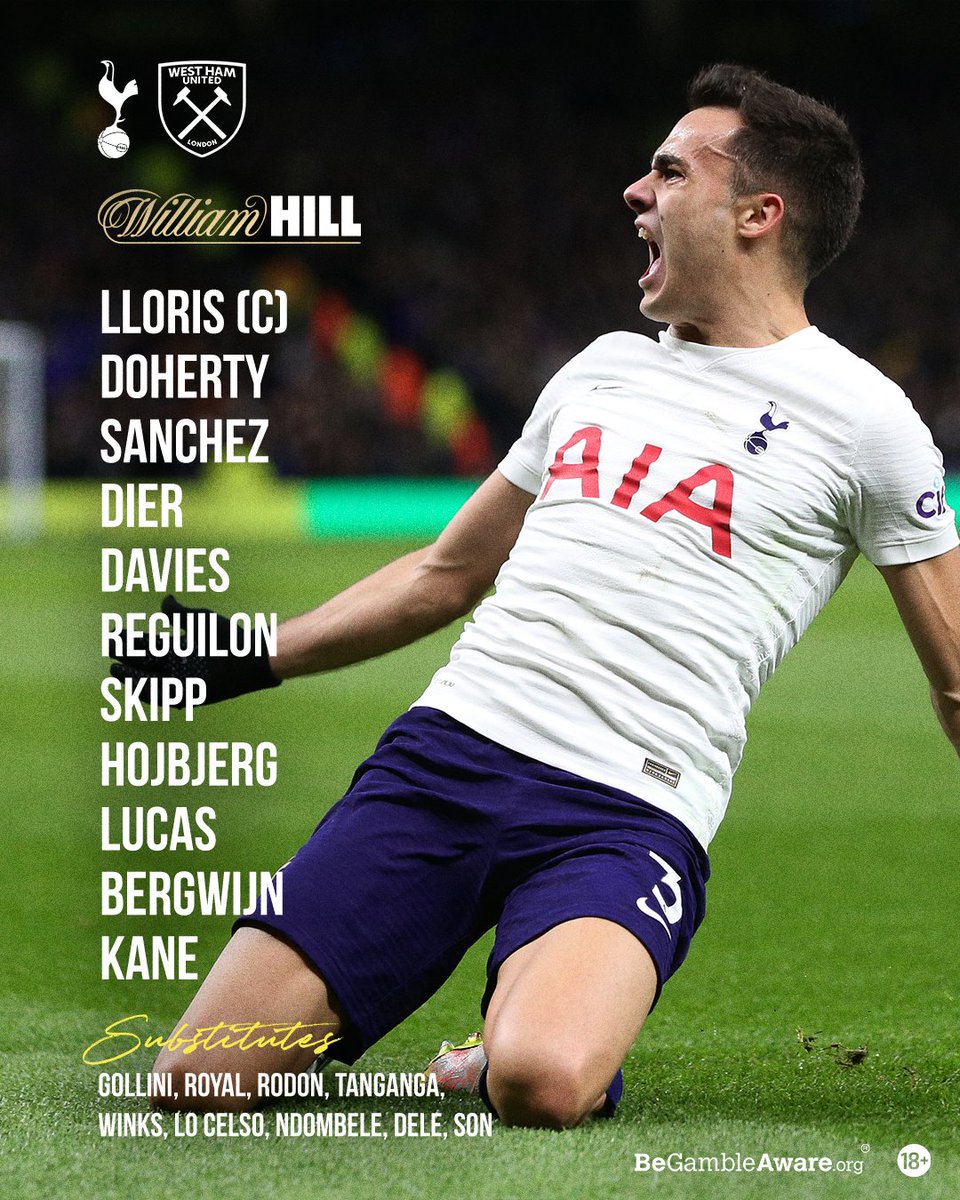 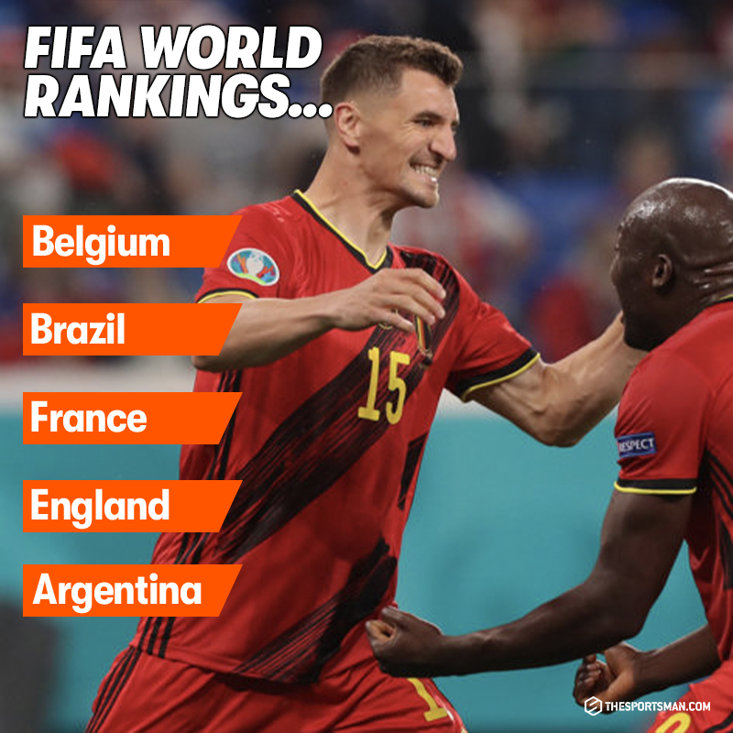 This is how the FIFA World Rankings lie at the end of 2021, with Belgium once again topping the list at the best team on the international stage...

4 weeks ago
A look inside 'The Cathedral'

The new design for the San Siro has been released. What'd you think?

ESPN FC
@ESPNFC
AC Milan and Inter Milan reveal the plans for their new stadium that will replace the San Siro.
Welcome to “The Cathedral” 🇮🇹 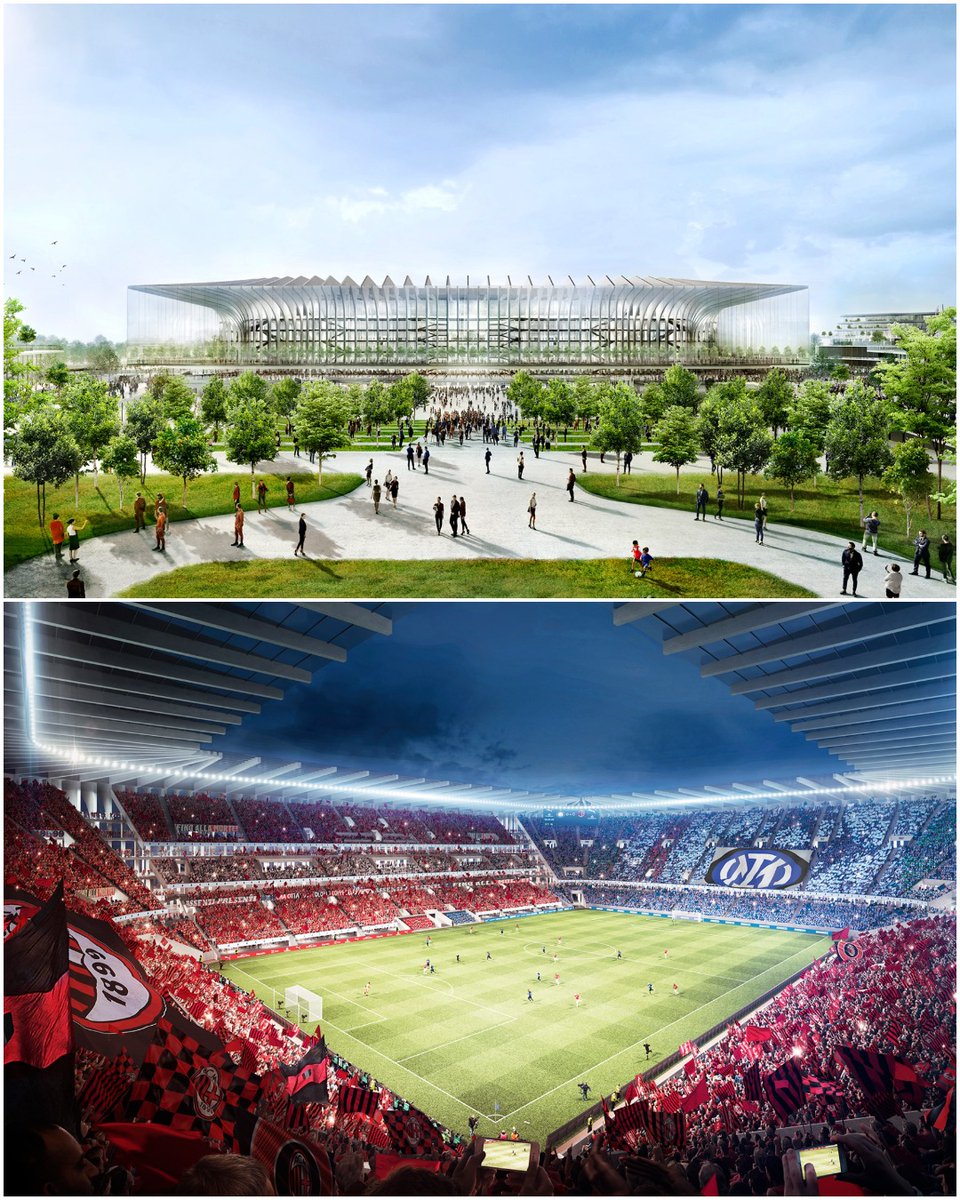 Former Hearts defender Aaron Hickey has now scored four times in the Serie A this season for Bologna!

Football on BT Sport
@btsportfootball
Aaron Hickey struck that ball so cleanly 🤤
🏴󠁧󠁢󠁳󠁣󠁴󠁿 The 19-year-old Scot scores an incredible first-time finish to double Bologna's lead!
What a season the kid is having 👏
199
2106
4 weeks ago
AFCON to go ahead!

It was always likely that this would be the outcome. Hope the players and staff stay safe. 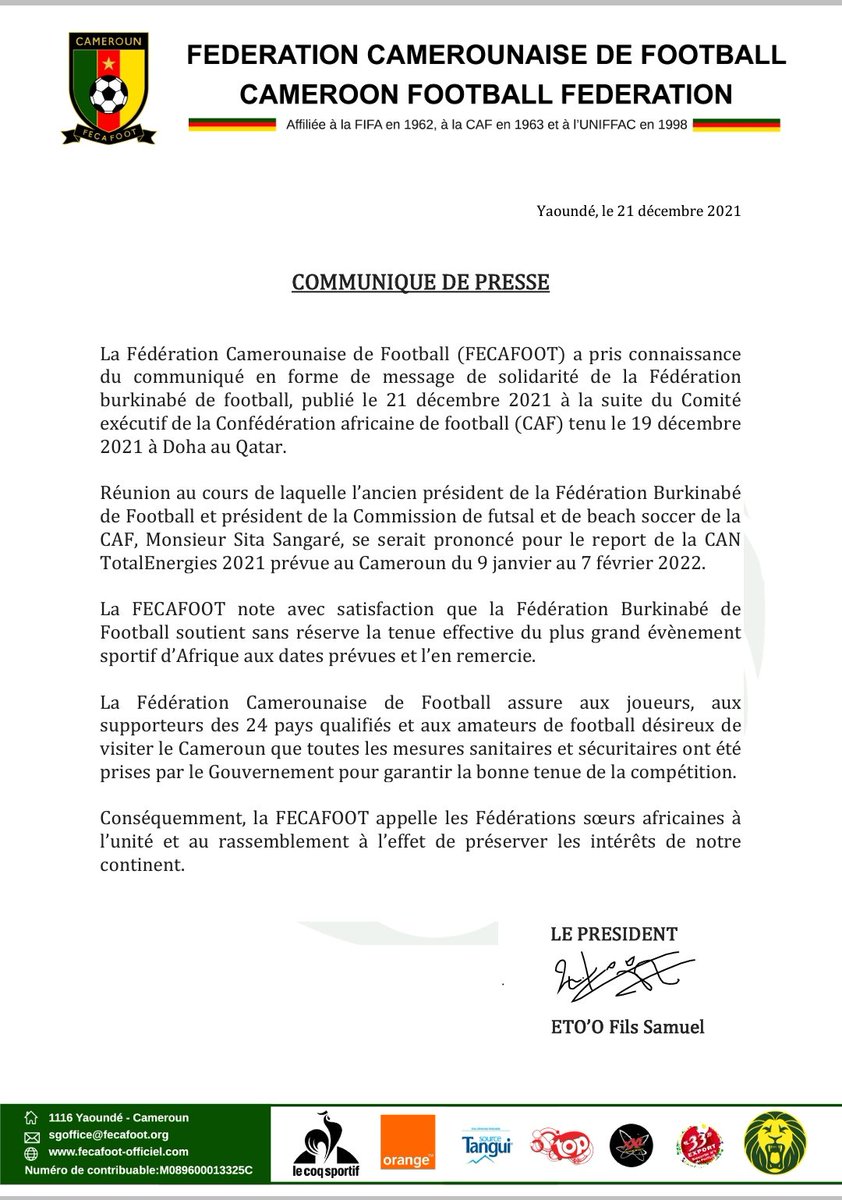 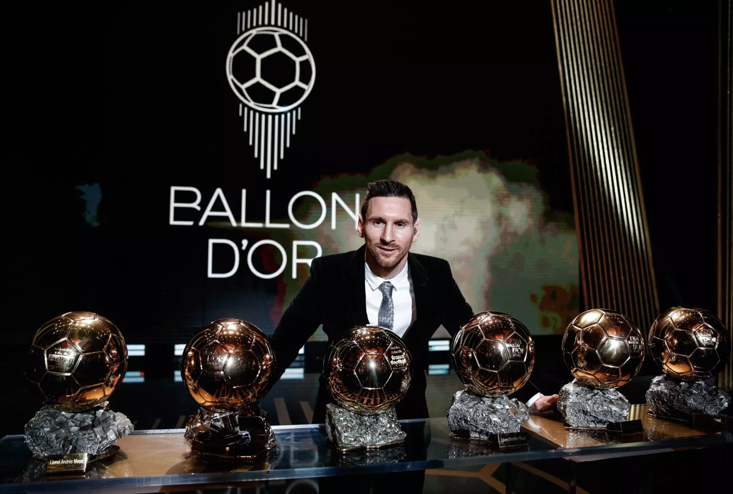 If you're struggling for FPL inspiration ahead of Boxing Day, you could do worse than Martin Odegaard in your midfield... 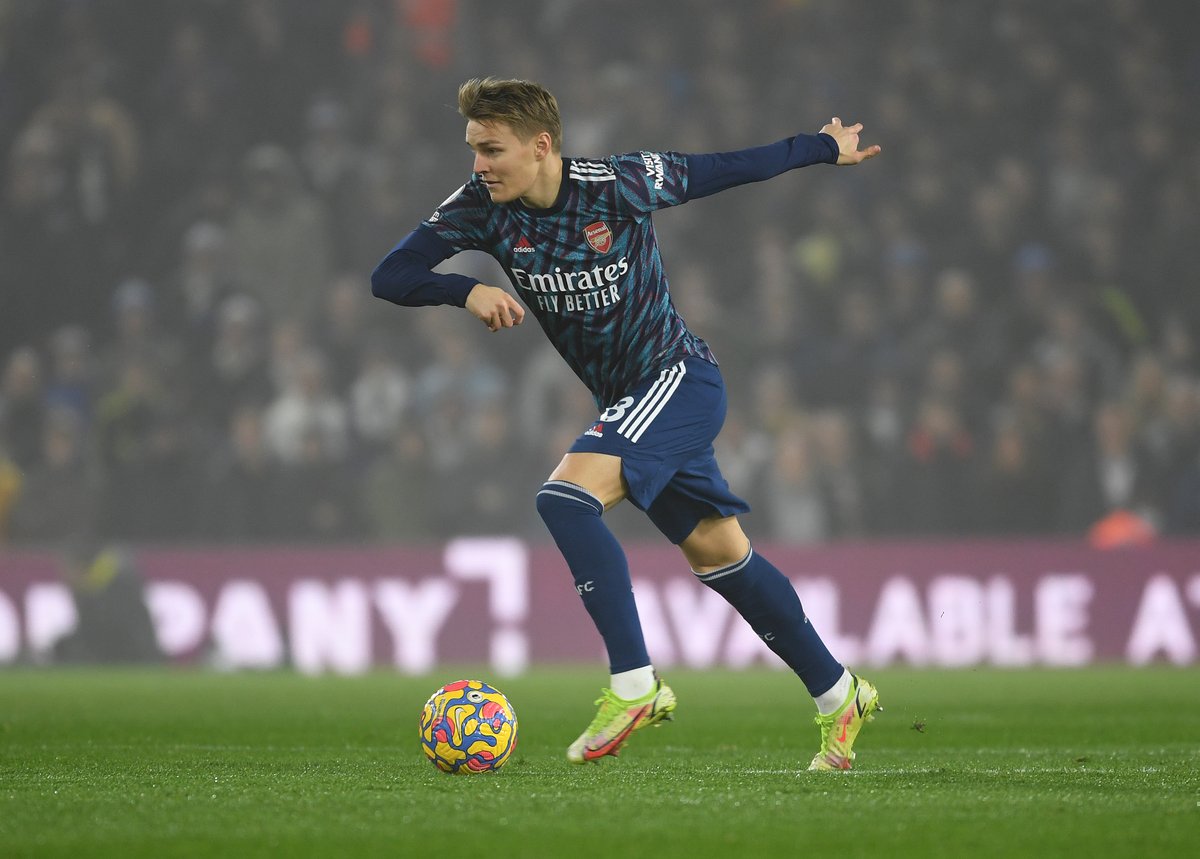 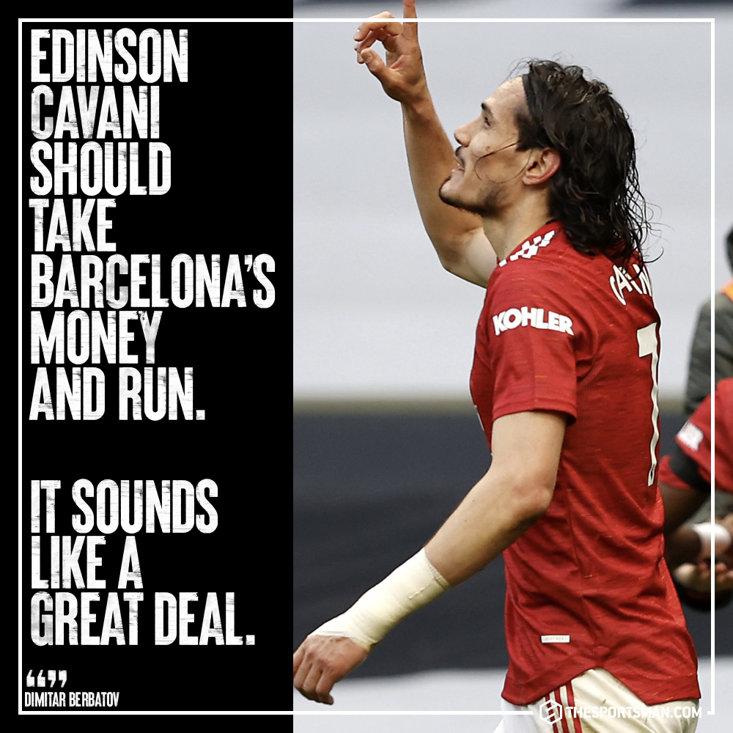 Dimitar Berbatov on Edinson Cavani's Barcelona move: "Despite a good season last time out, Cavani hasn't played enough. When someone like Ronaldo comes into the club, he takes all the spotlight, he plays every game and in the world of football this happens. It's not a fair situation because Cavani did so well for the team last season, he earned a new deal but Ronaldo has taken his place in the team.

"It's not fair but this happens in football. If there's a chance for Cavani to leave the club, if there is an offer from Barcelona, then of course he will be thinking about taking it to get more football, and if he will get more game time in La Liga then I will support him and say 'go there and play, it sounds like a great deal, great money and you're not 24 anymore.'

4 weeks ago
Bielsa doesn't mess around

Don't think he'd get away with that in England nowadays.

FootballFunnys
@FootballFunnnys
In 1992, when Marcelo Bielsa was manager of Newell's, the club lost 6-0 and angry fans turned up outside his house.
He came to the front door in his pyjamas, with a GRENADE in his hand, and threatened to pull the pin if they didn't leave 😂 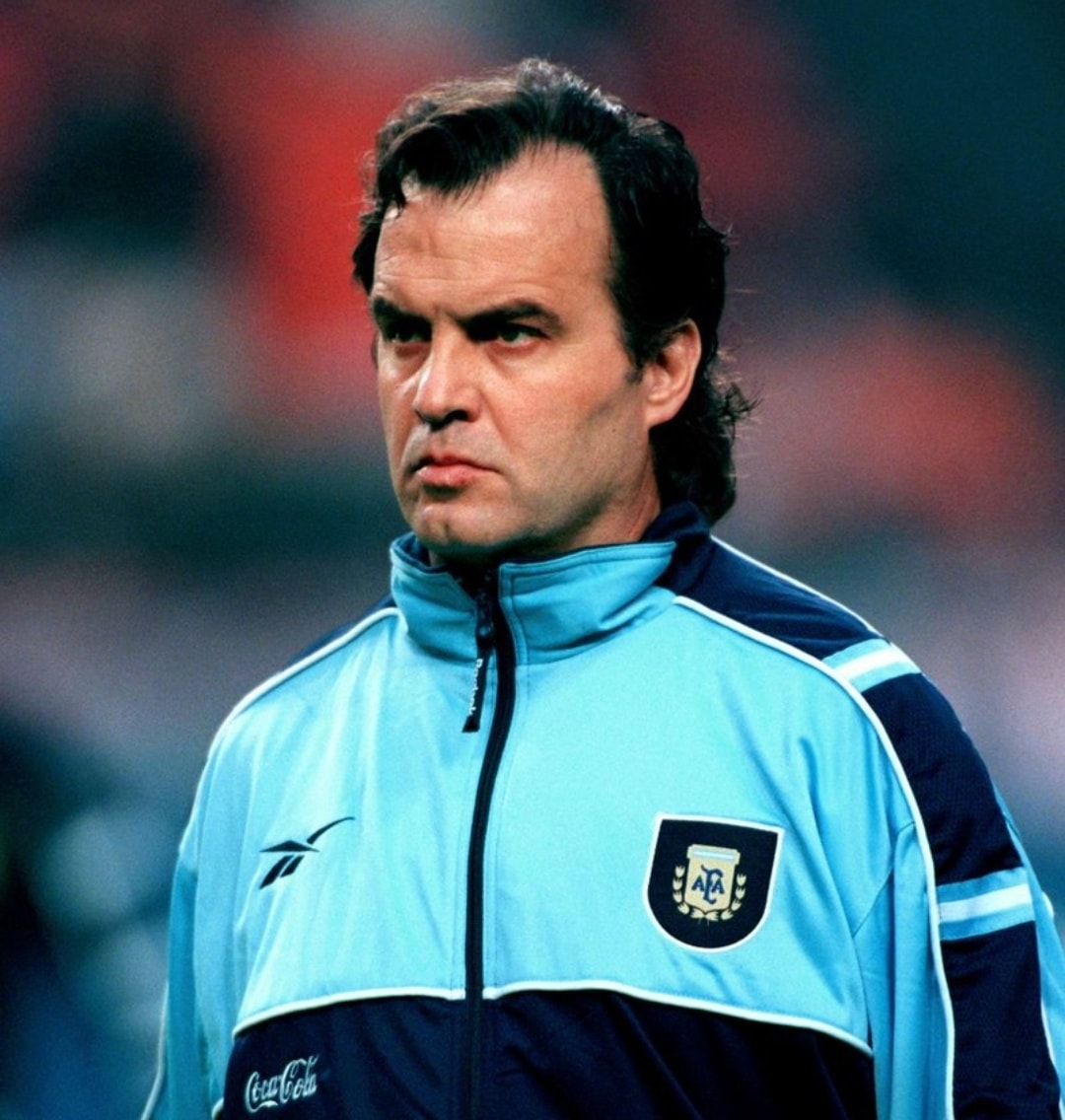 Hope it works out for him at the Nou Camp.

B/R Football
@brfootball
Barcelona and Man City have reached an agreement for the transfer of Ferran Torres with the fee in the region of $62M, reports @tjuanmarti. 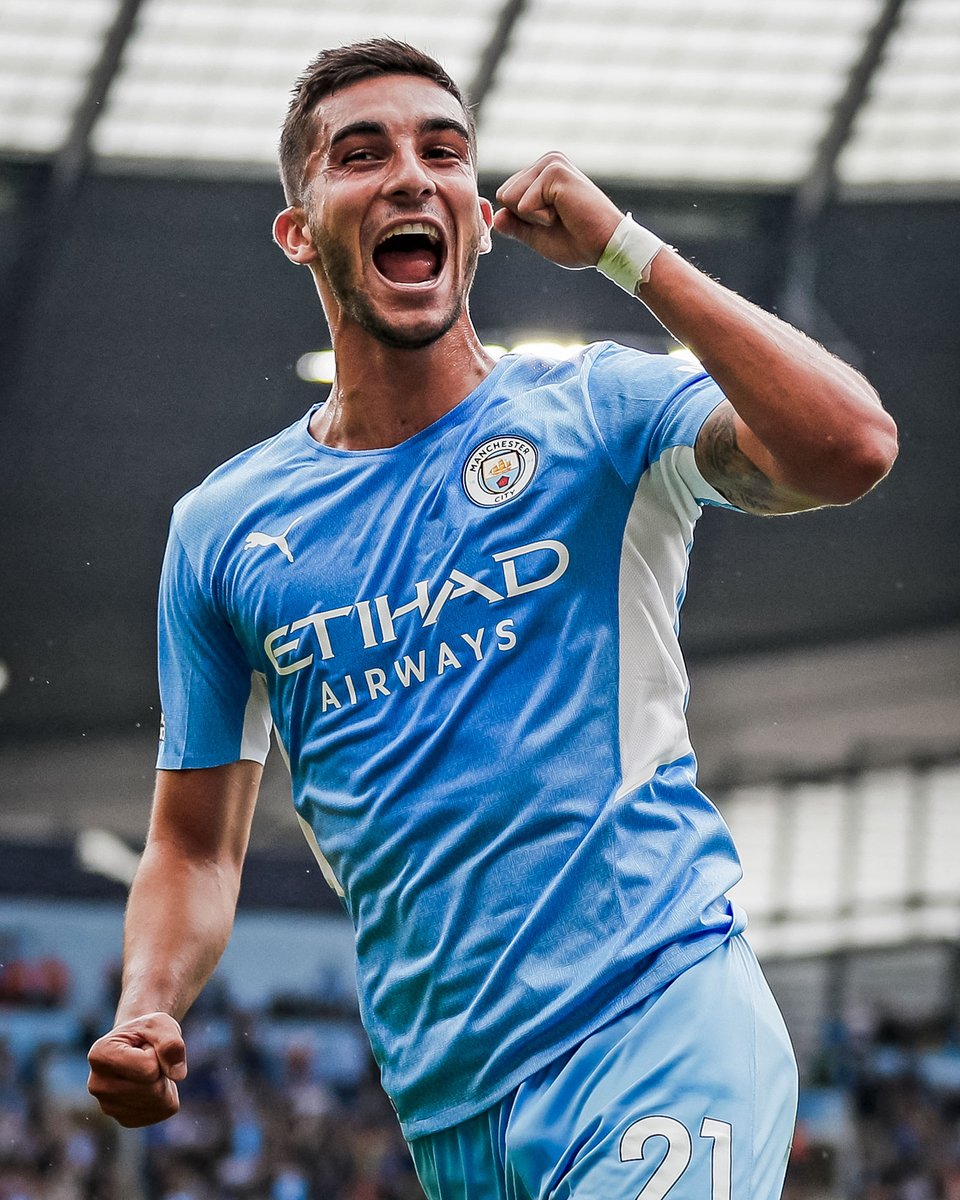 Ibrahima Konate left quite the impression on the AC Milan forward... 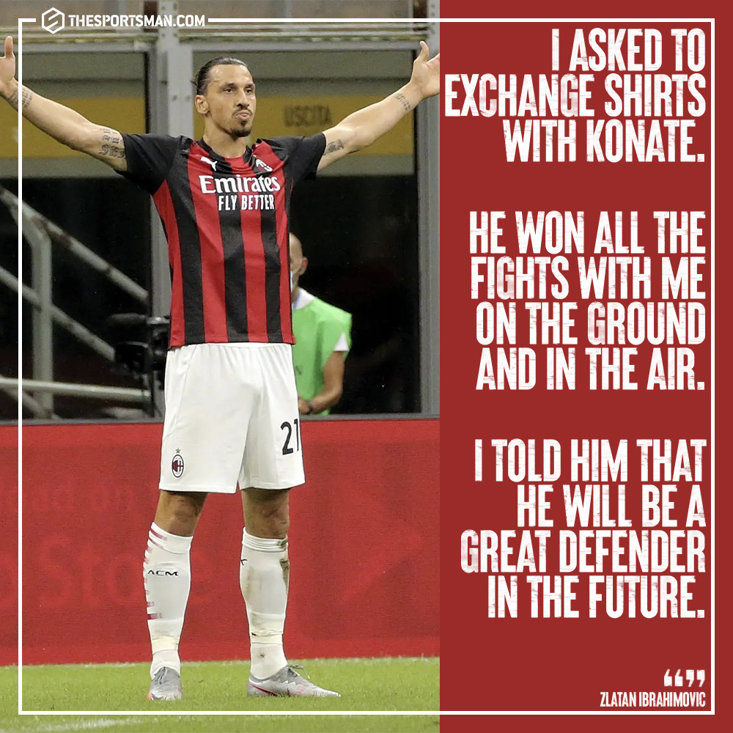 4 weeks ago
Ferran Torres to Barcelona?

He's a fantastic player and it would be a shock to see City let him leave but it's a strange world of football at the moment so you never know for certain...

barcacentre
@barcacentre
Ferran Torres is very close to becoming a new FC Barcelona player. Negotiations between clubs are well advanced and the forward's announcement could be a matter of hours. [sport] 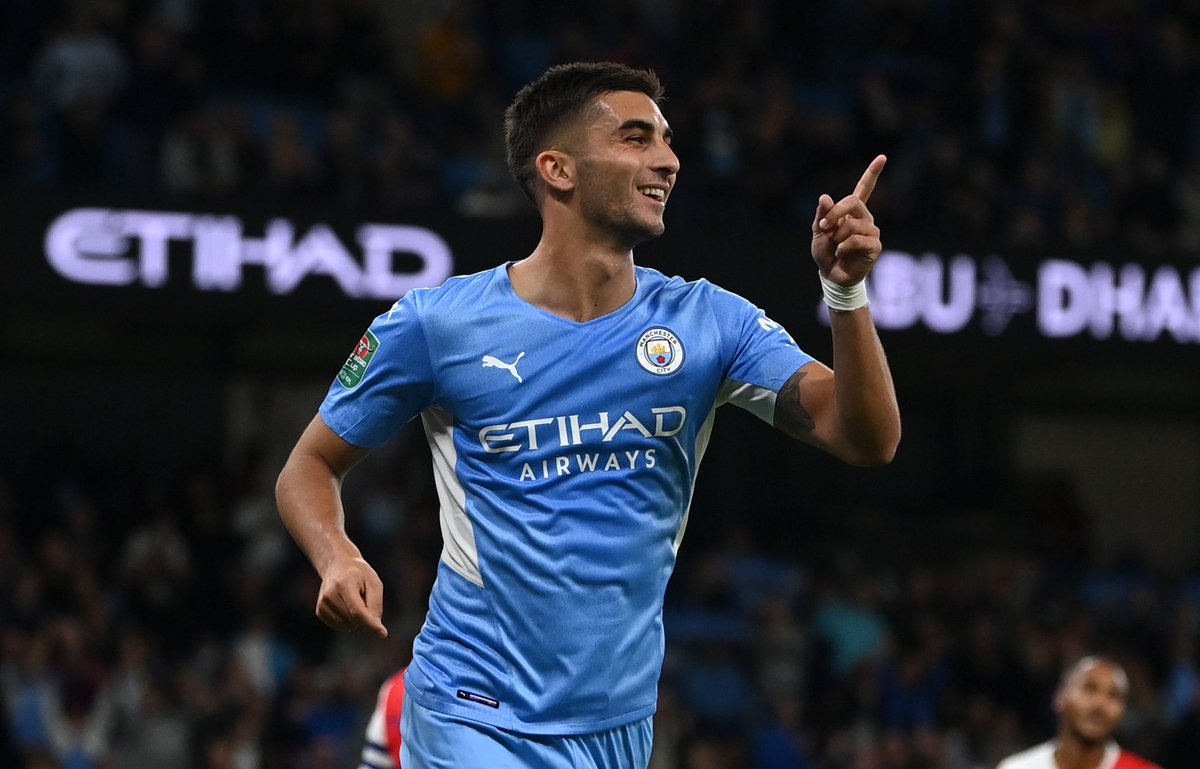 Fabrizio Romano is reporting that Thiago Silva is set to sign an extension with Chelsea but talks with Antonio Rudiger aren't progressing...

Fabrizio Romano
@FabrizioRomano
Thiago Silva contract extension with Chelsea is not in doubt. It's just about paperworks to be prepared and signed in the coming weeks/months. He's gonna stay until June 2023. 🔵🇧🇷 #CFC
Still no big chances on Rüdiger situation. No agreement with Chelsea, Real Madrid pushing. 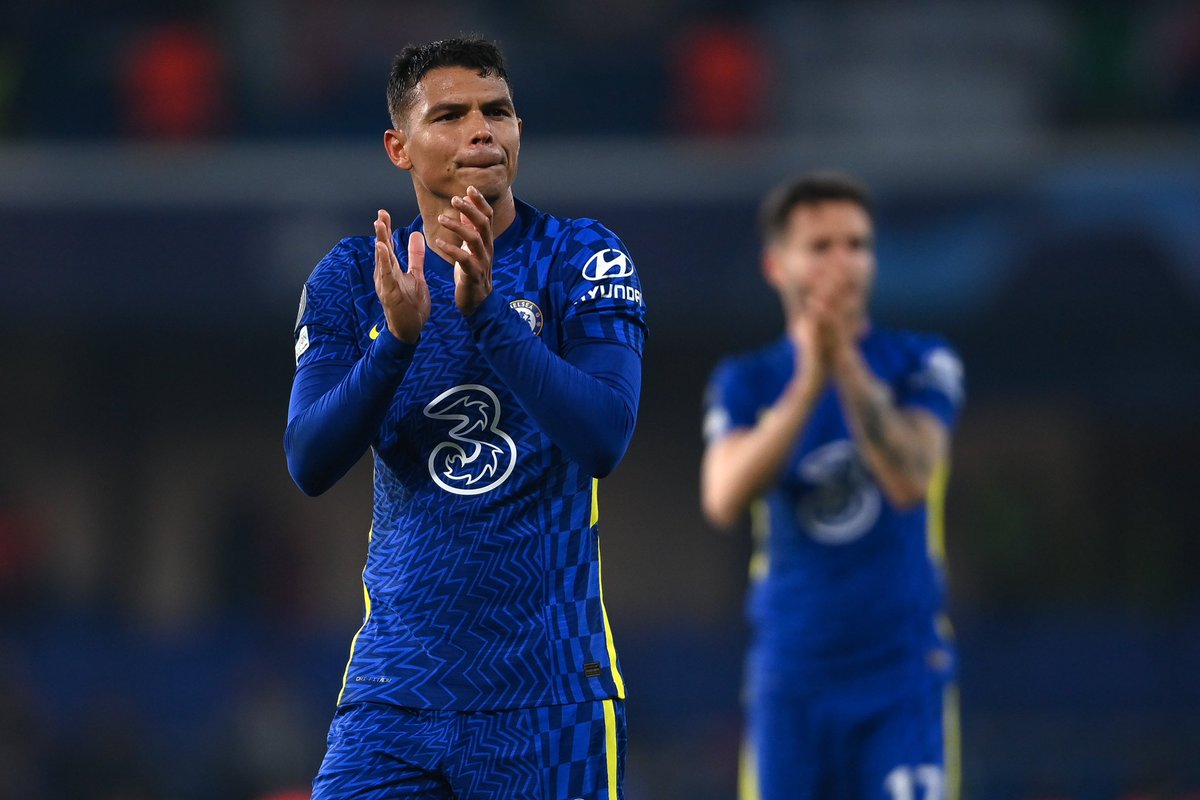 He only turned 23 on Monday. Absolutely incredible player. 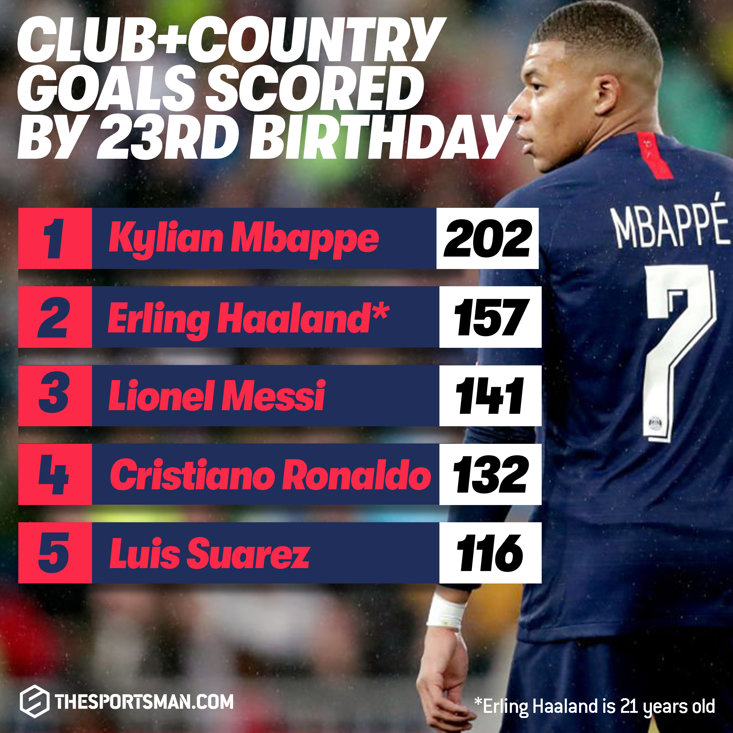 4 weeks ago
Erling Haaland is an PROBLEM!

He's already a monster and he's not even peaked yet.. long years ahead for the defenders 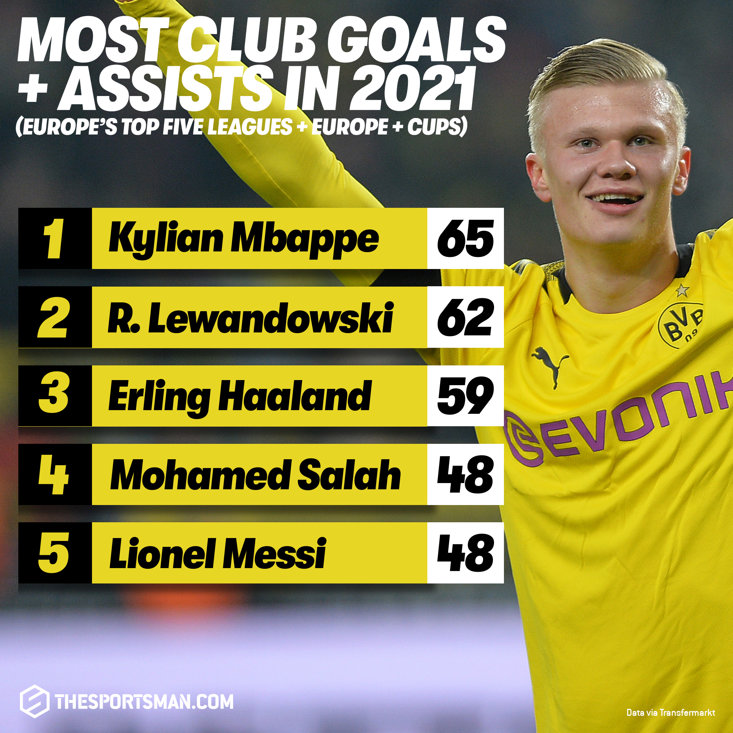 Jordi Alba from FC Barcelona! Nonsense like this is why head injuries still don't get the respect they need

ESPN FC
@ESPNFC
Jules Kounde gets a straight red for throwing the ball at Jordi Alba's face 😳
1428
12415
4 weeks ago
The most prolific club on Merseyside... 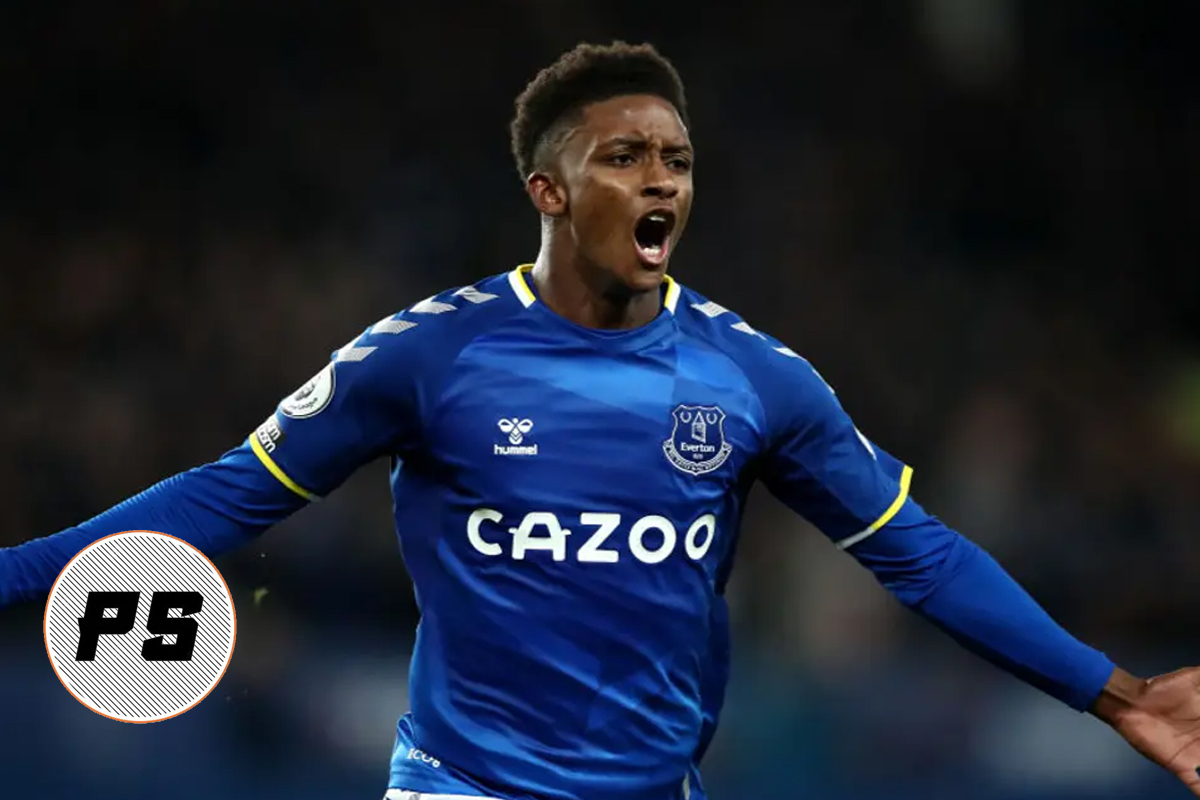 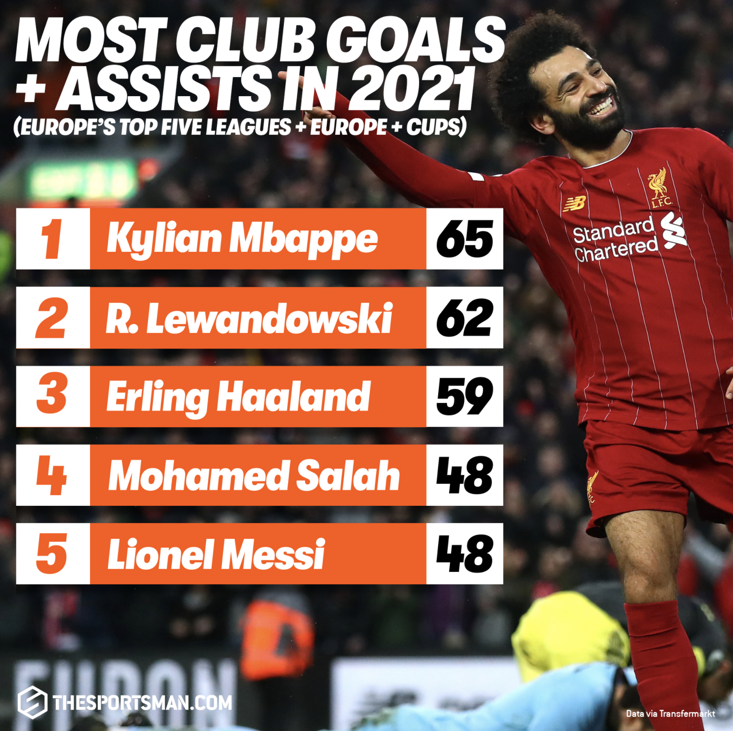 Mo Salah has had an exceptional 2021, and he's the only PL player in this exclusive list...

4 weeks ago
New RB on the cards for Everton?

Coleman is coming to the latter stages of his career and Rangers won't want to sell their young star but money talks nowadays...

The Toffee Blues
@EvertonNewsFeed
🗞Everton will make a renewed bid for Rangers Right Back, Nathan Patterson this January. Everton are likely to go back in with a bid of around £9M
(Source - Mirror) 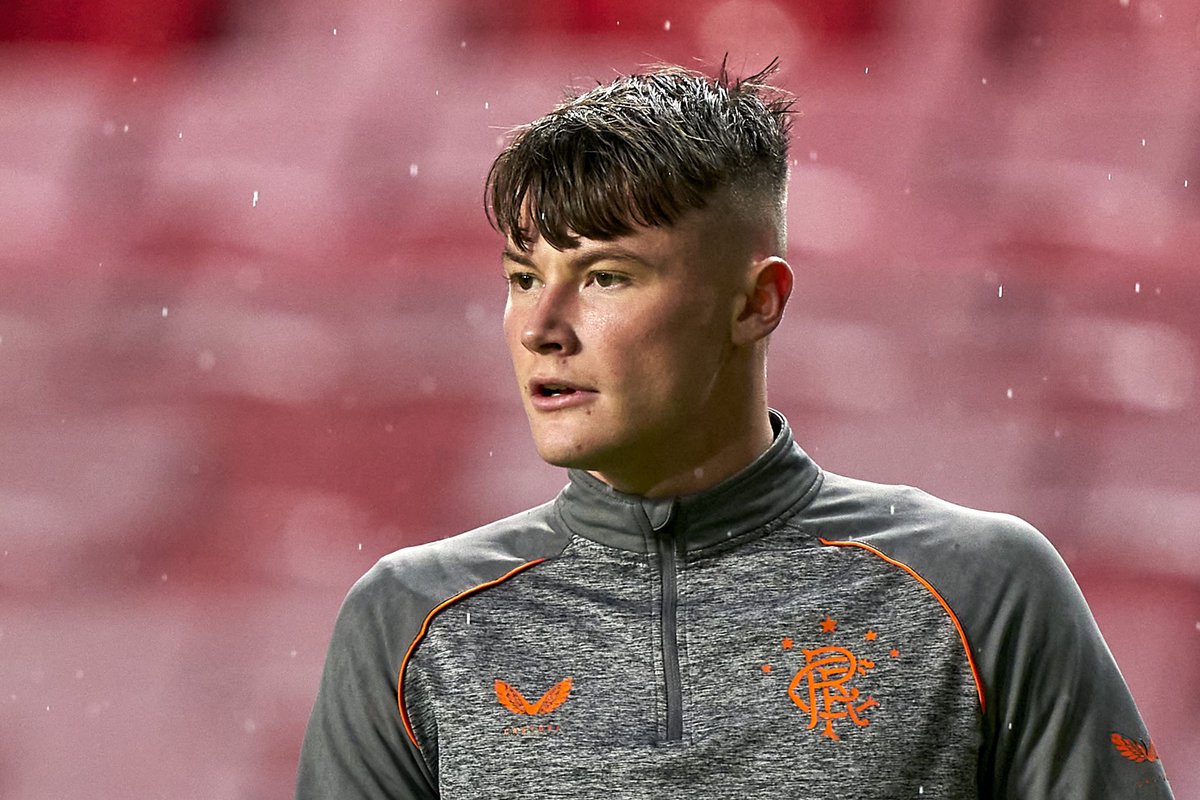 9
349
4 weeks ago
High praise from the Sevilla boss

La Masia is still producing gems that make managers across the world marvel! 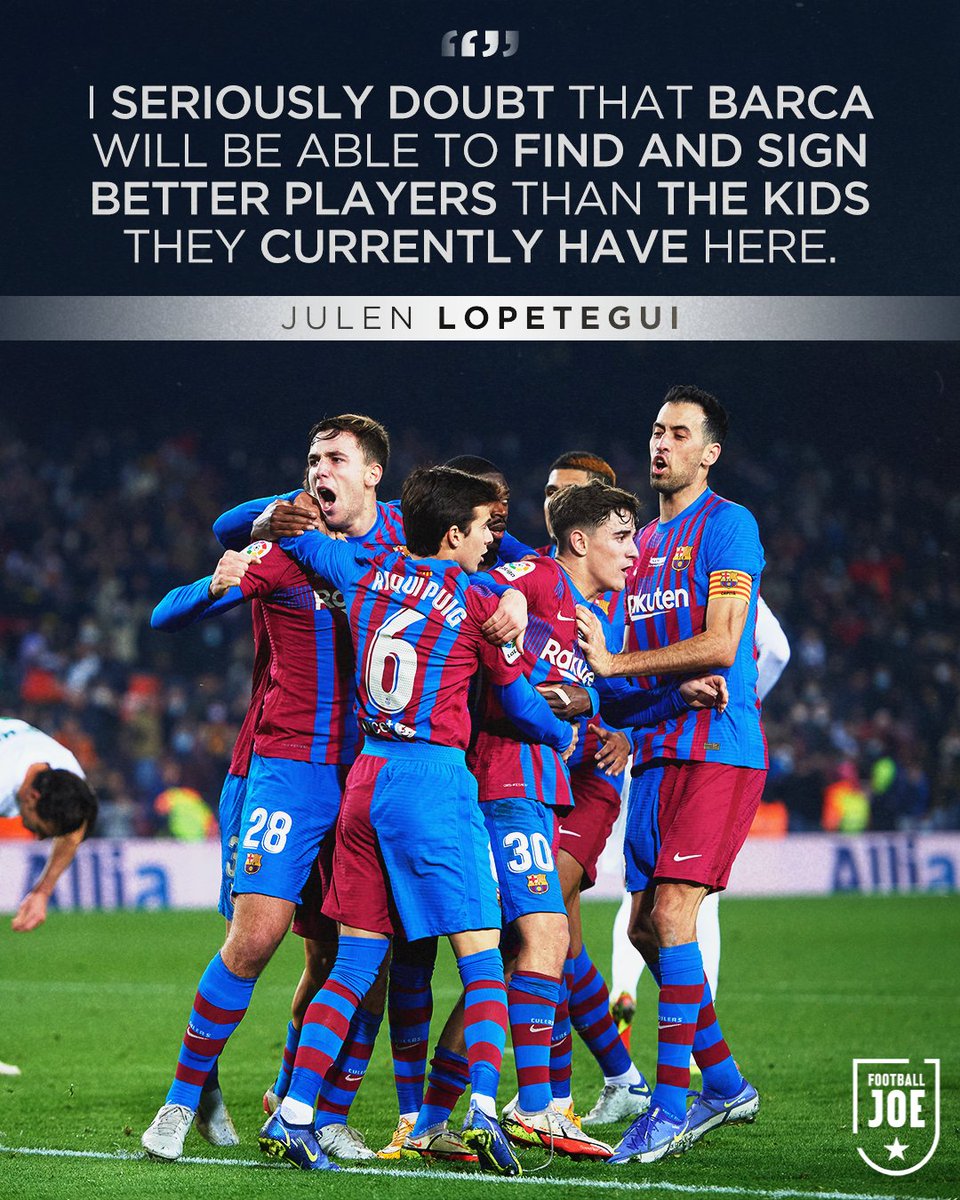 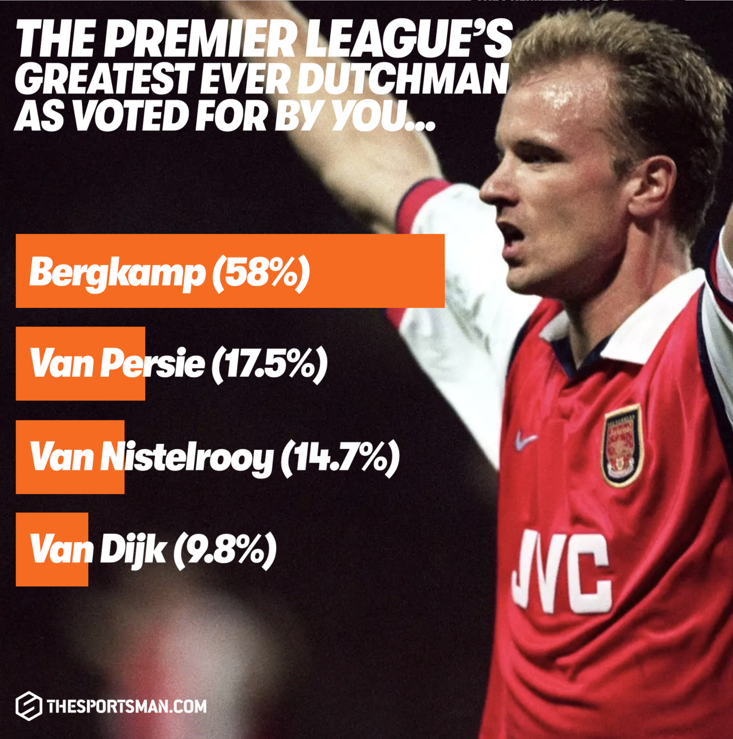 We asked YOU who the greatest Premier League Dutchman of all time is, and there was a clear favourite...

4 weeks ago
What a game. What a match up.

Remember this match like it was yesterday. Oh what could've been...

Not a bad way to kick off your Arsenal career!

Arsenal
@Arsenal
⚡️ Charlie Patino
🔴 The 886th player to represent The Arsenal
😍 Scores on his debut! 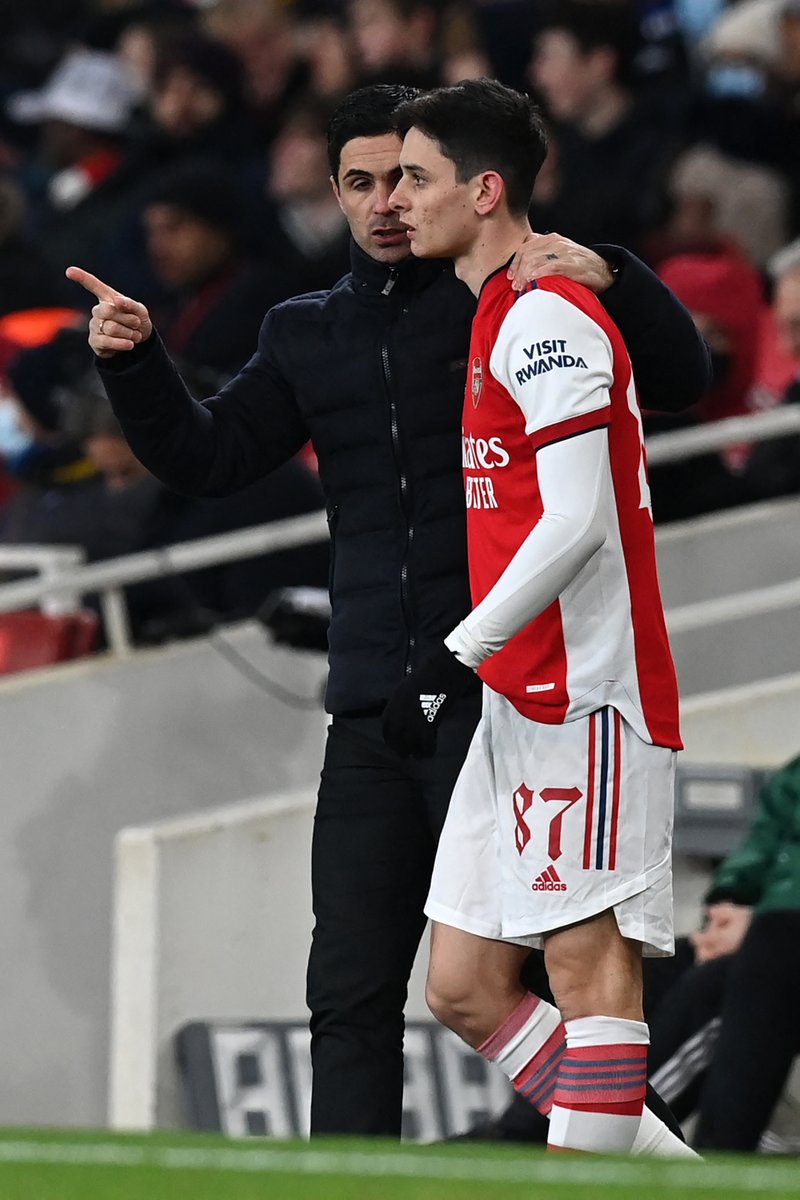 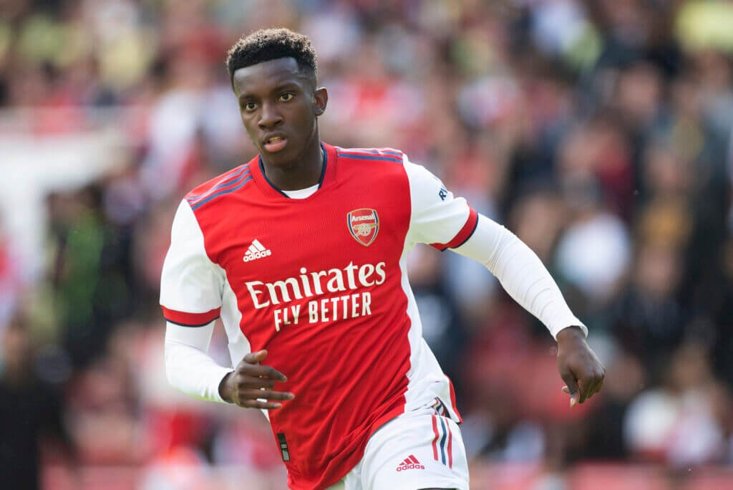