Football
News
Manchester will be the base of today's football news as the world reacts to Man City's fourth title in five years.
Steven Allen
07:49, 23 May 2022

Welcome to The Sportsman's LIVE football blog, where we'll bring you the latest news from world football, from managerial sackings to transfers, we've got it all covered. Today's expectations includes some of the fallout regarding Manchester City's brilliant Premier League title victory, Liverpool's preparation for the Champions League final and the now-Manchester United manager Erik ten Hag taking hold of the club for the first time. Stick with us throughout the day as we bring you the latest news. 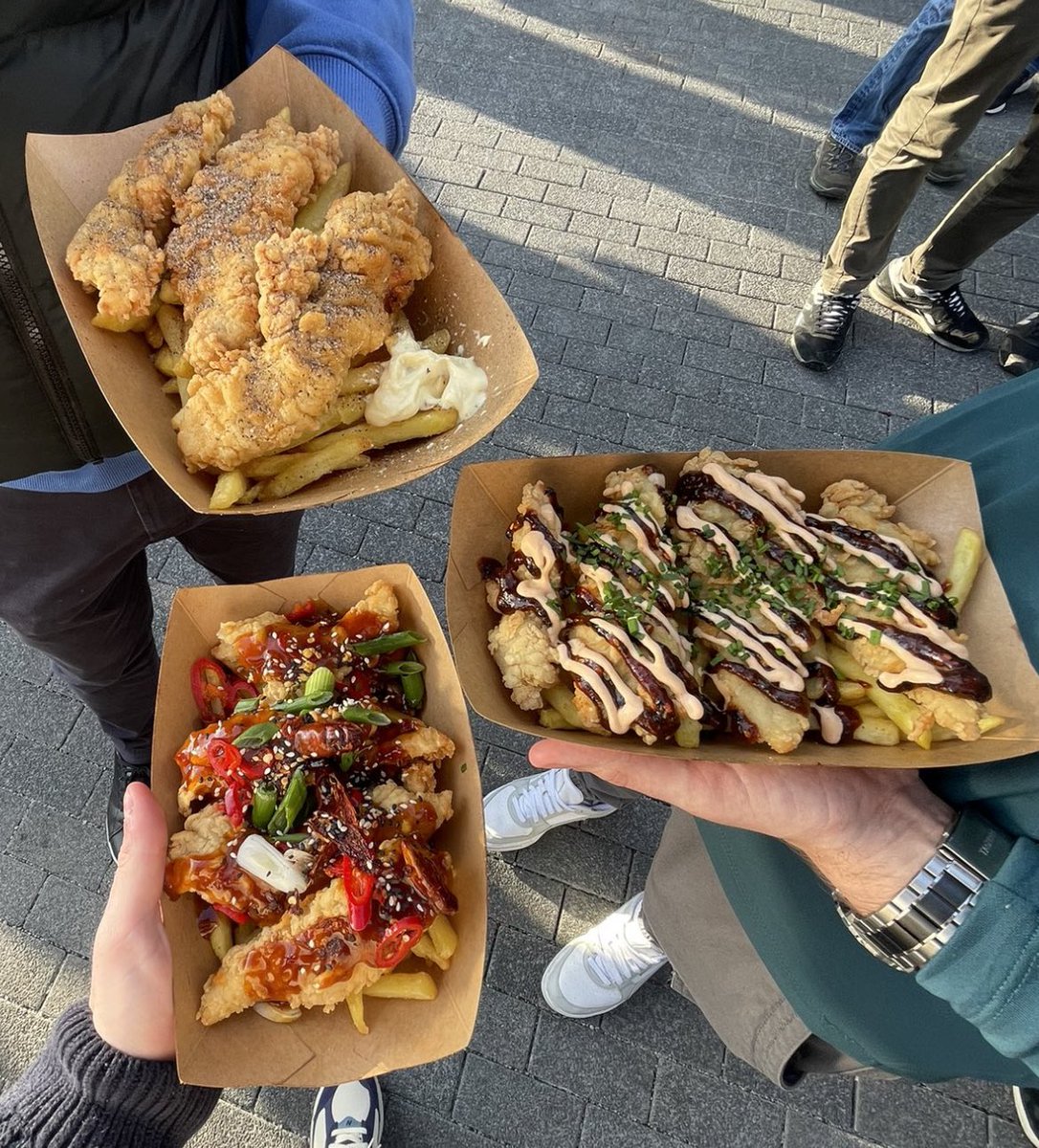 This pizza took a battering on Twitter but, for £7, we think it's a decent offering. 6/10 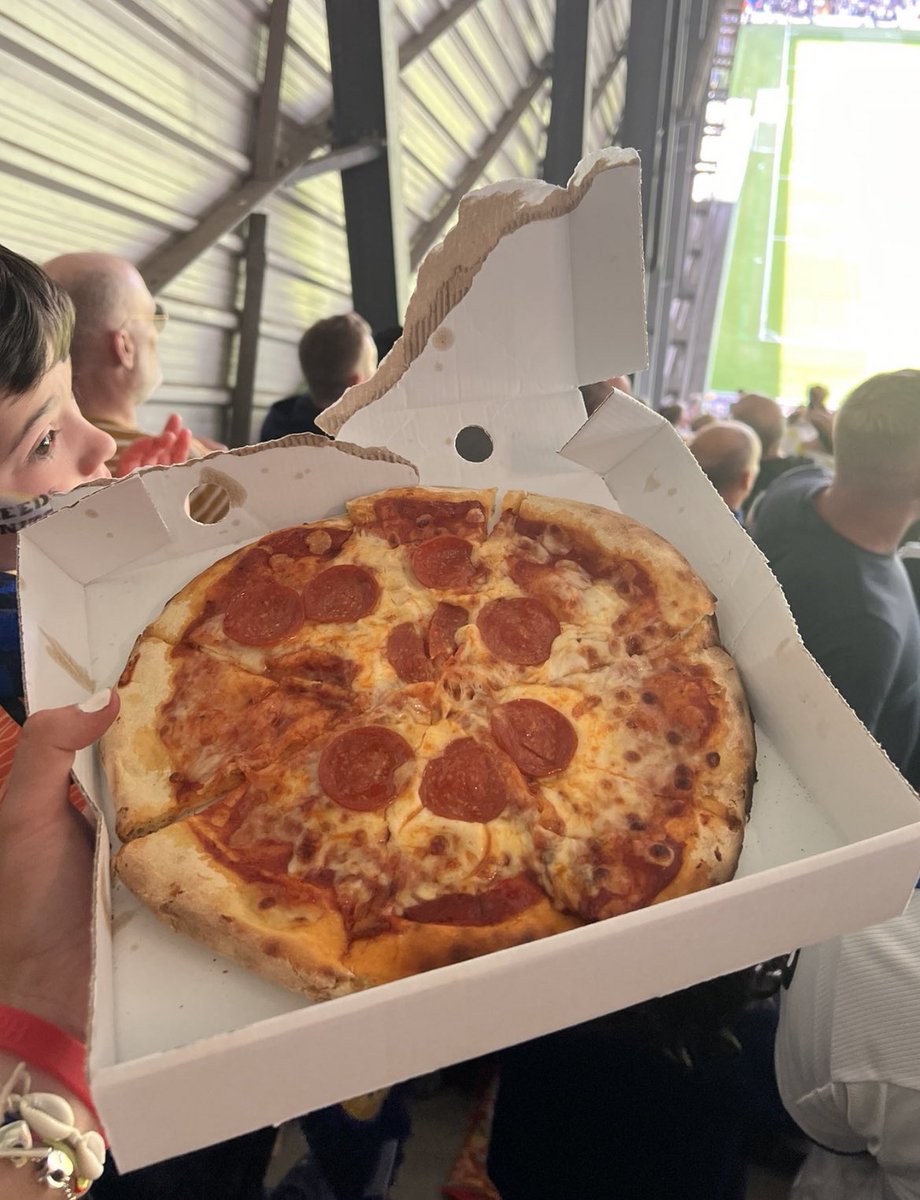 We've eaten some terrible burnt pies down the years across many PL grounds, but this isn't one of them. 7/10 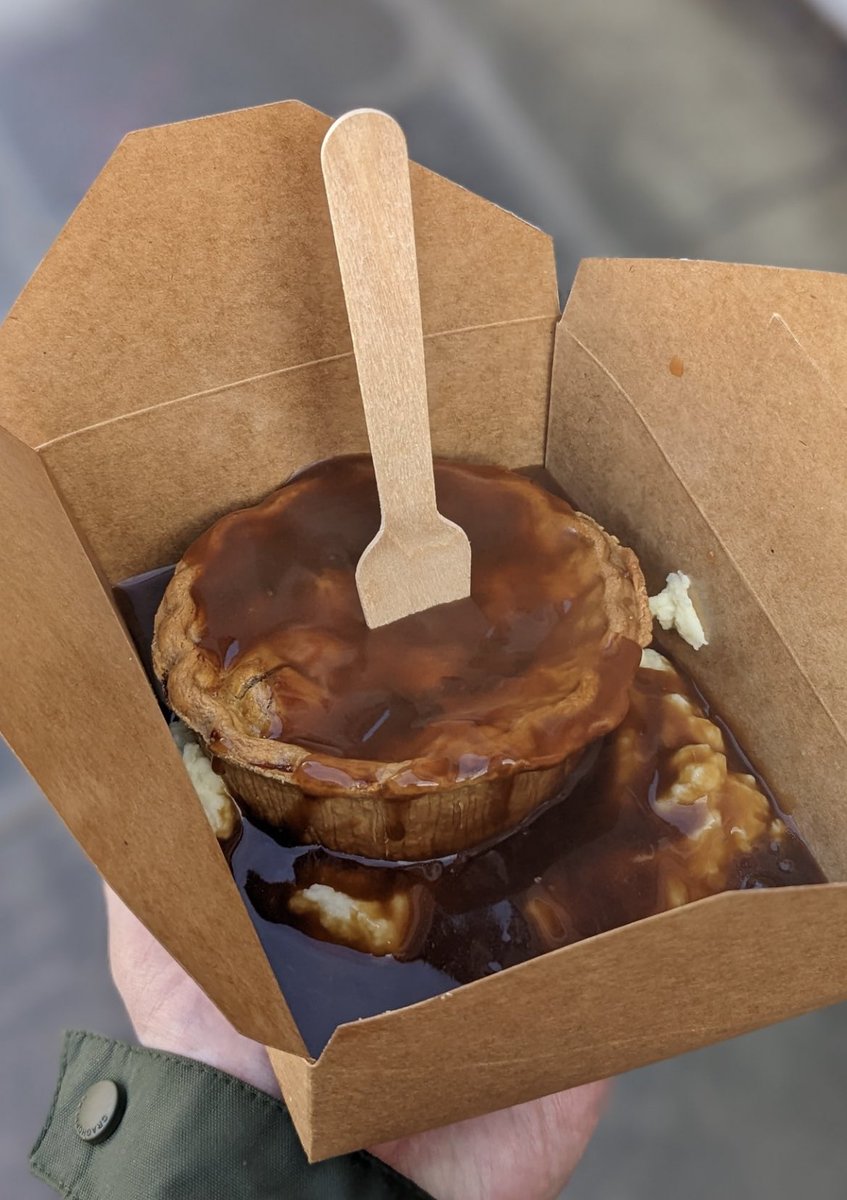 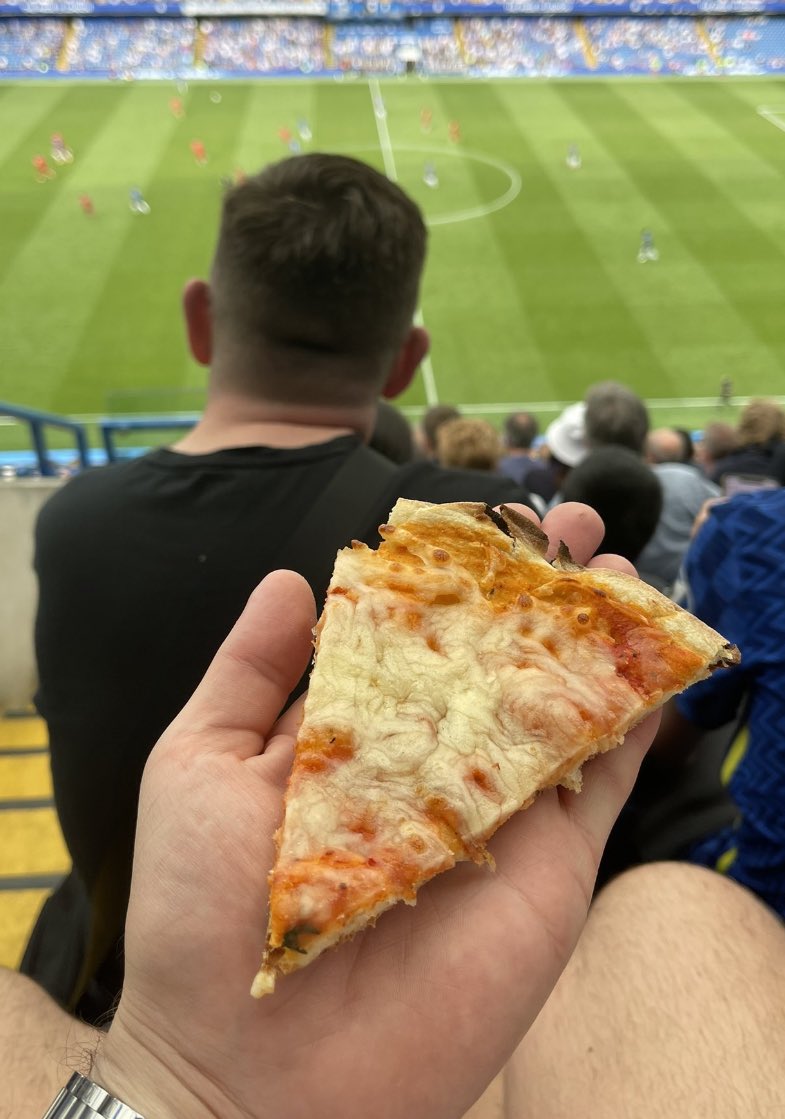 It was a brilliant season for West Ham fans on the pitch and, with food like this, in the stands as well. 8/10 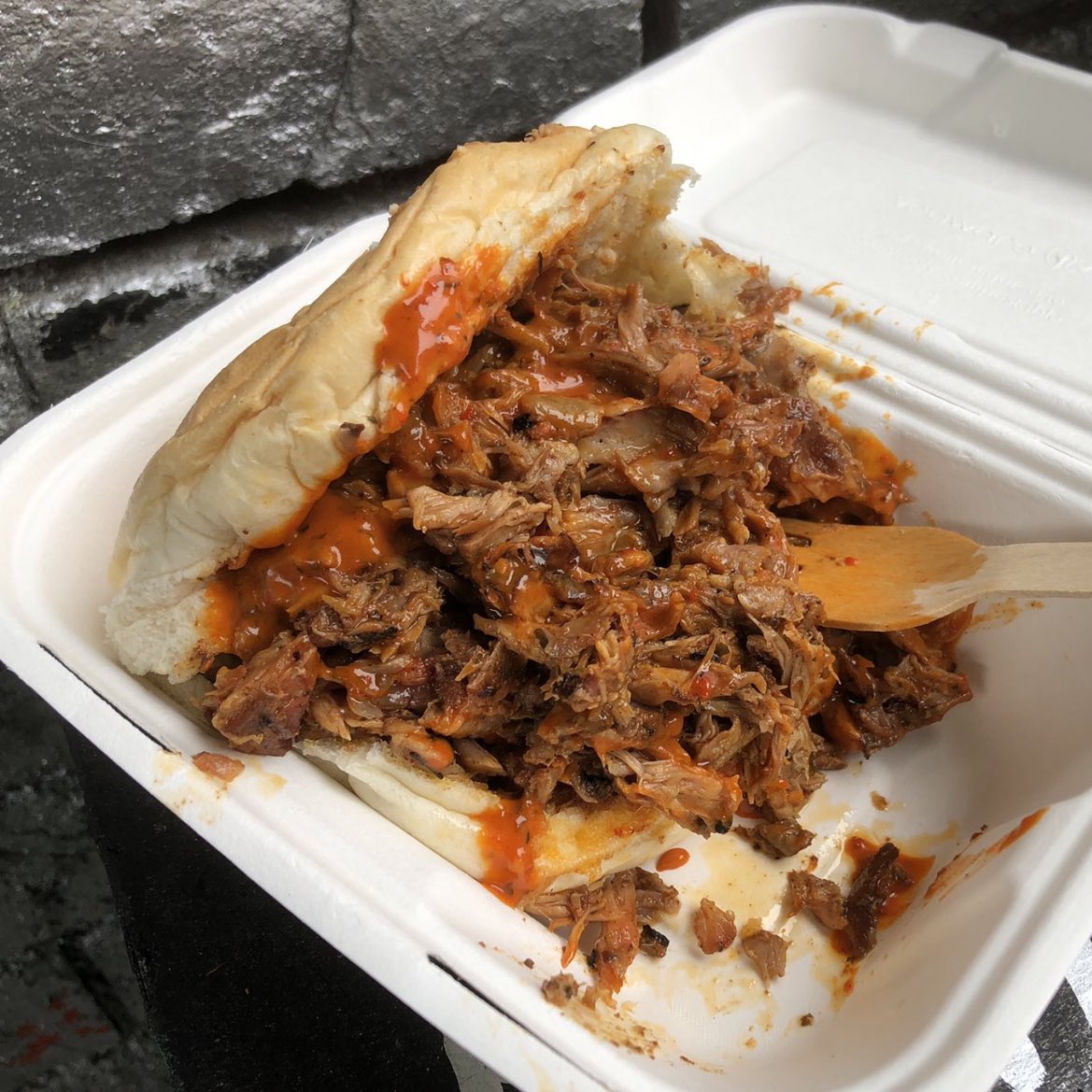 Not to everyone's tastes but Villa are well known for offering something different. We tried this and it was delicious. 8/10 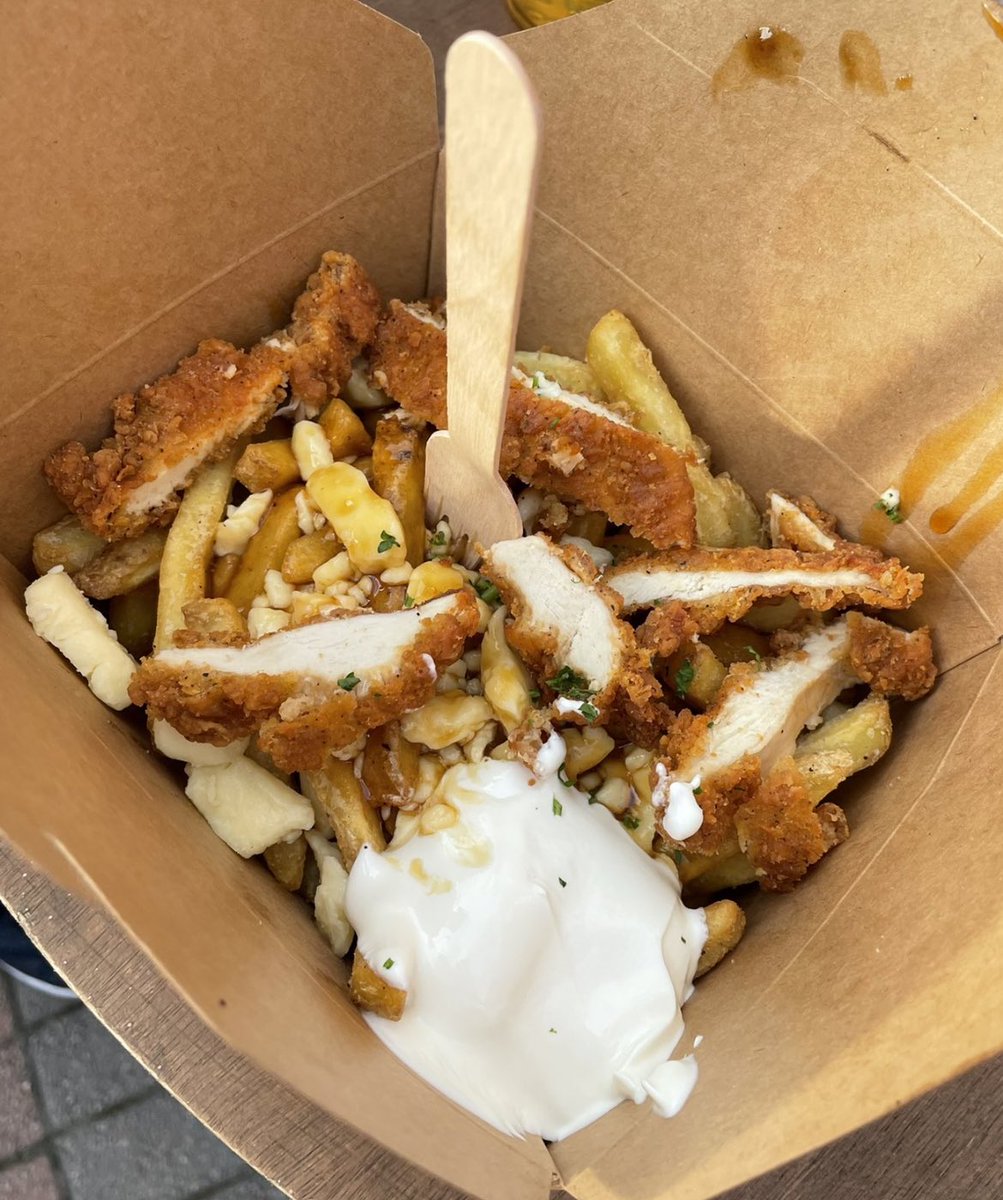 Villa again - and this looks like it's straight off the KFC menu. 8/10 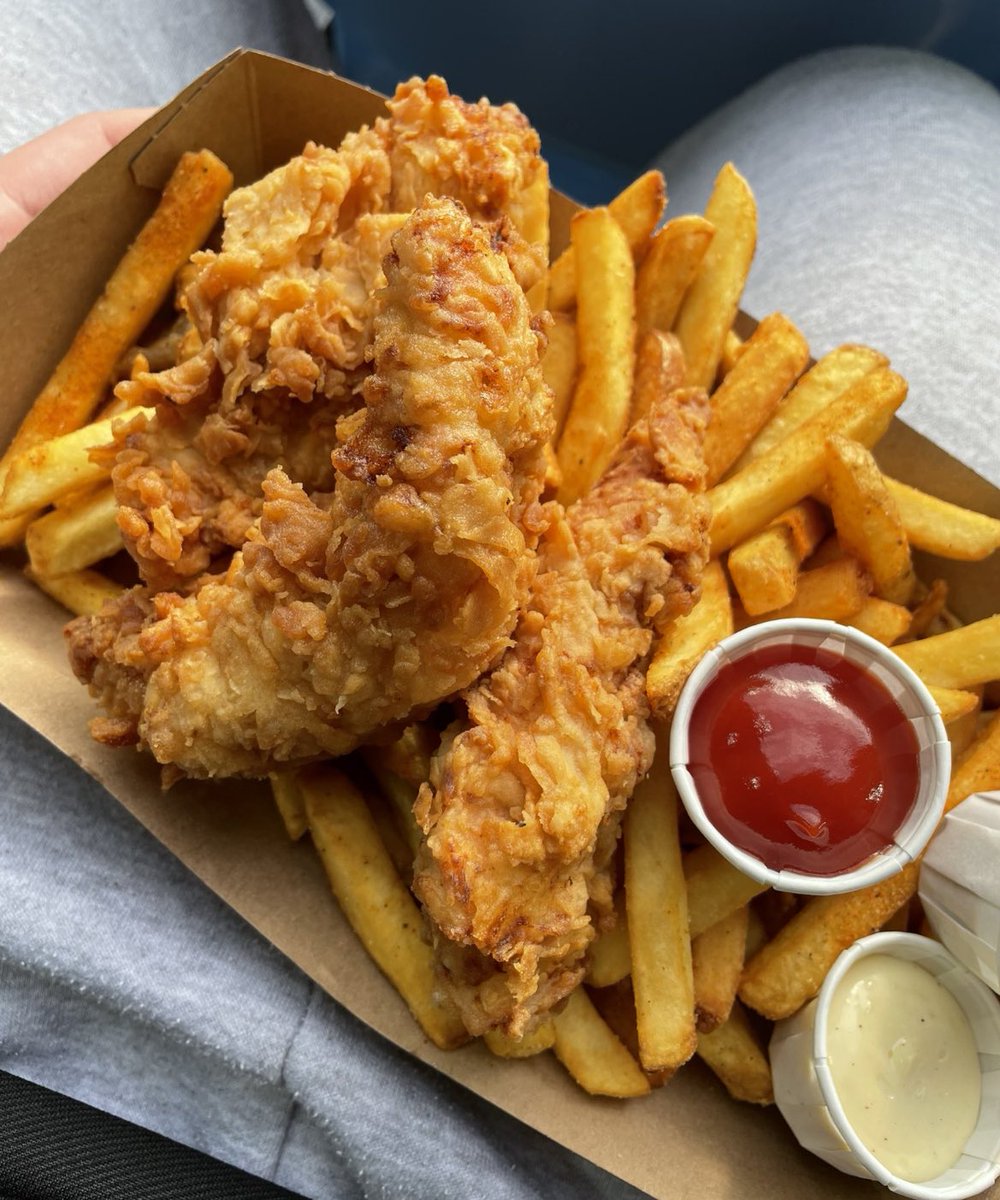 Of course Arsenal's prices are sky-high, but we'll never so no to chilli cheese fries. 7/10 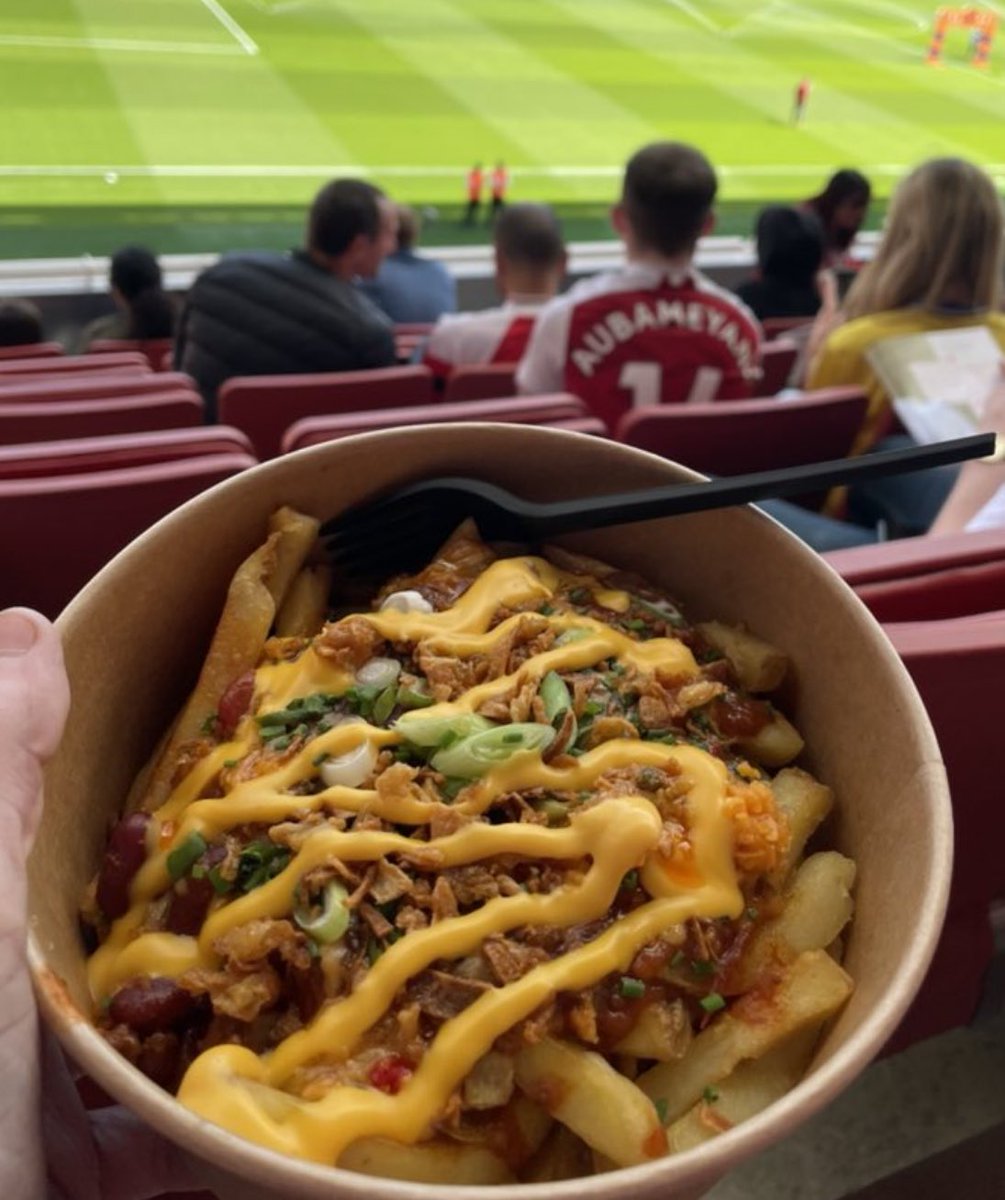 The champions offering some tasty looking fish and chips at the footy and we're all for it. Curry sauce all the way. 8/10 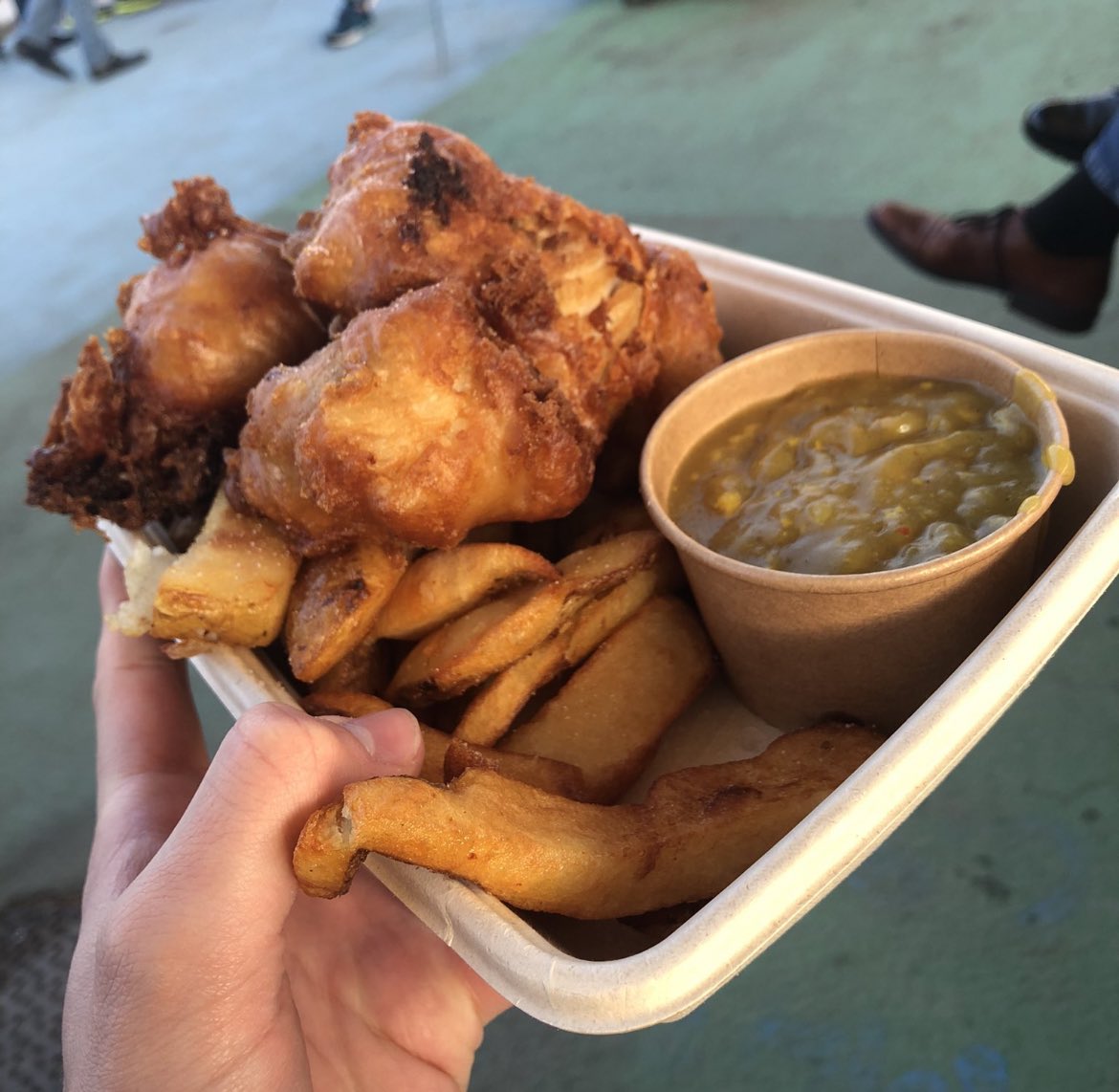 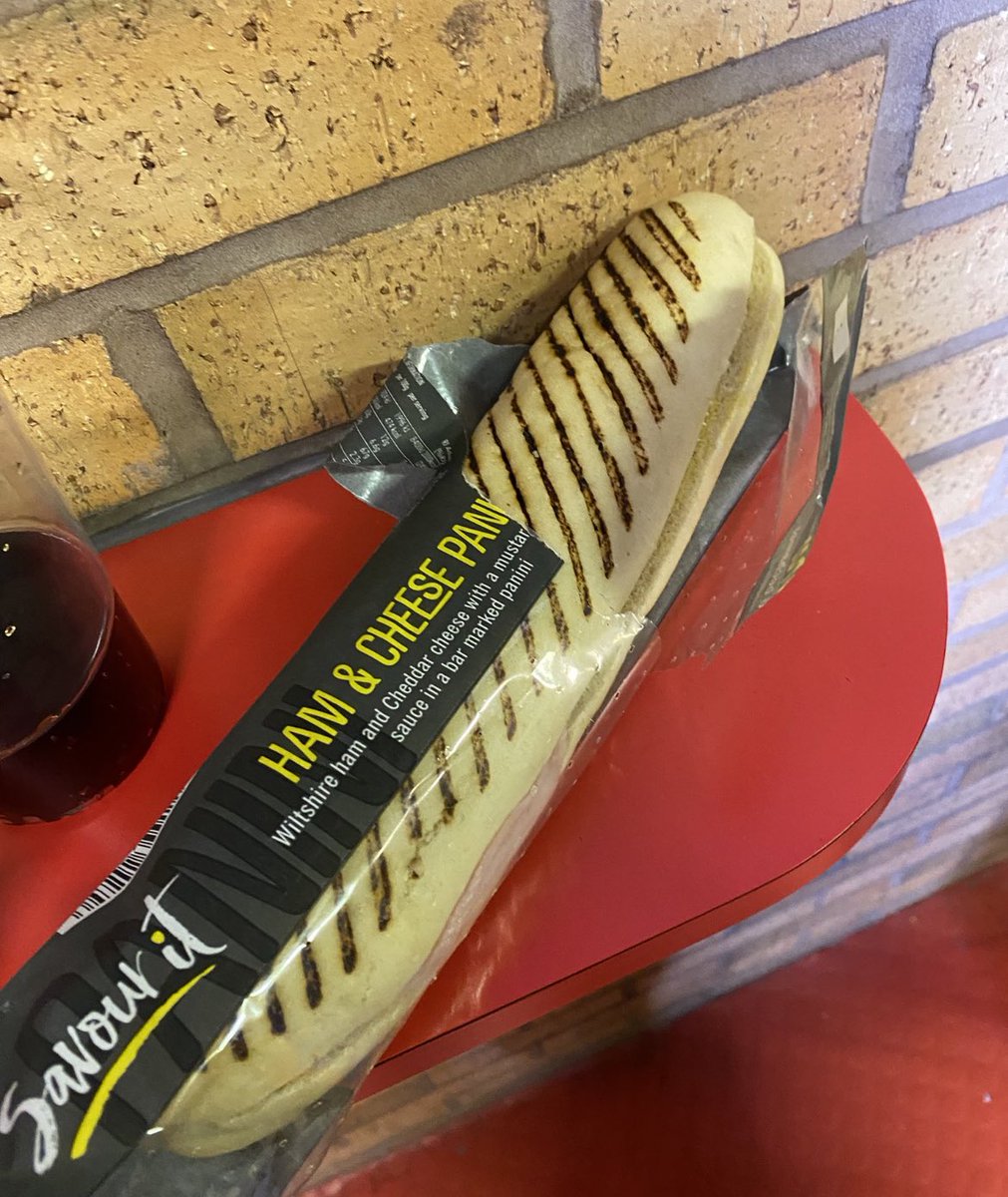 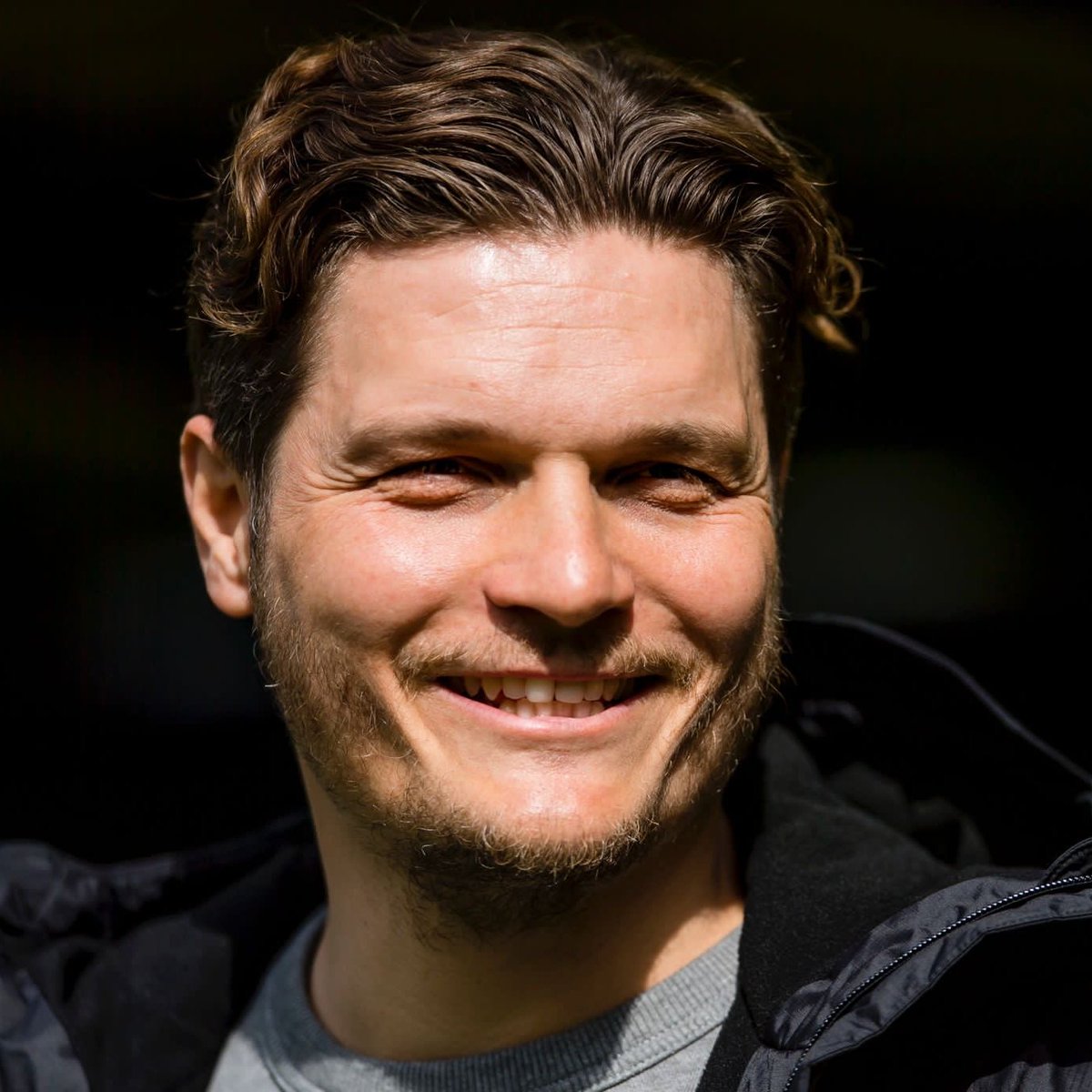 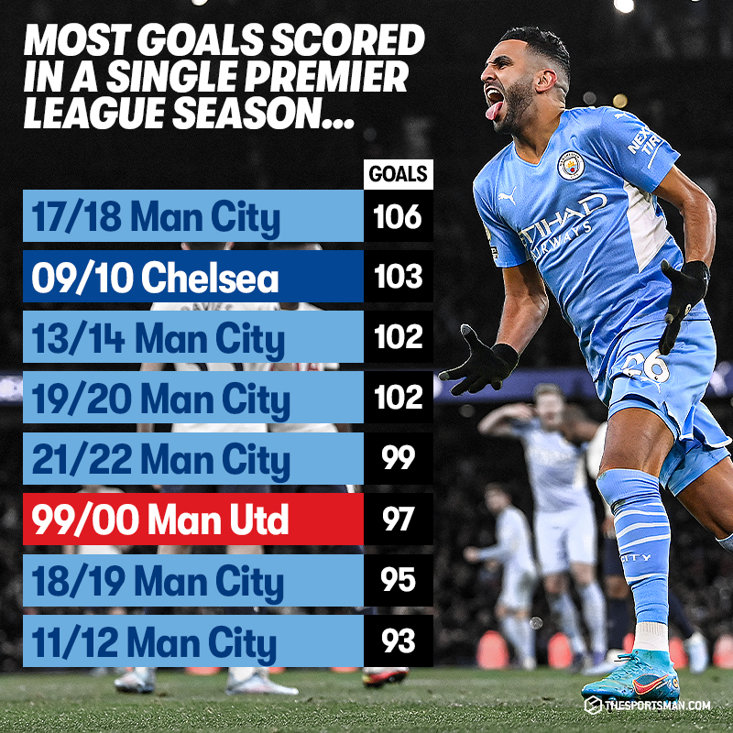 Liverpool have confirmed the signing of Fabio Carvalho, with the youngster joining officially on June 1st.

Liverpool FC
@LFC
We can confirm Fabio Carvalho will join the club this summer.
The 19-year-old forward will officially complete a switch to the Reds on July 1 🙌
3559
21543
last month
Jesus to Spurs? 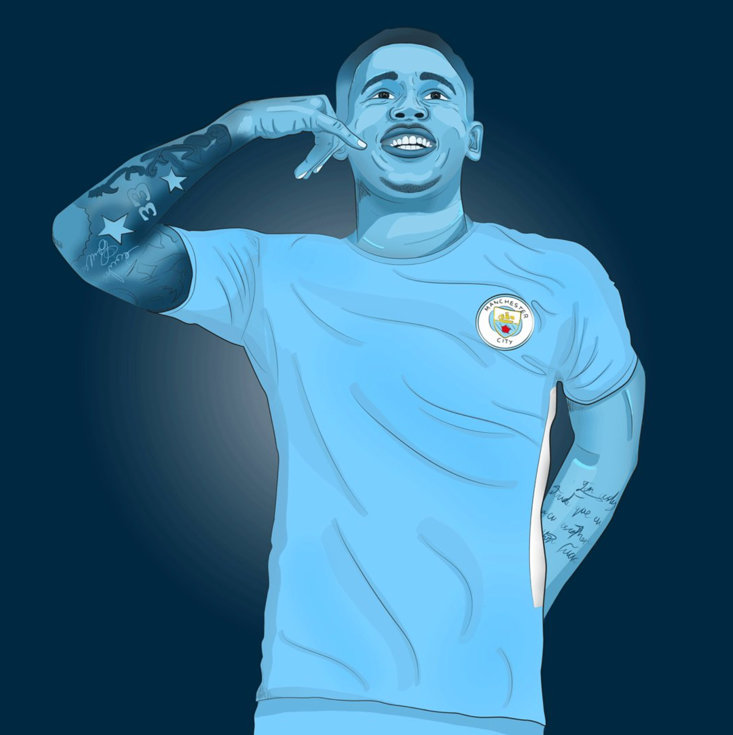 Tottenham could hijack Arsenal's move for Manchester City striker Gabriel Jesus, according to The Telegraph. It is thought Spurs' Champions League conformation could persuade the Brazilian to move to the white side of North London, to deputise for Harry Kane.

Arsenal have already held talks with Jesus' representatives, but Spurs' interest could be a game changer.

Manchester United
@ManUtd
🔴 We are delighted to announce the appointment of Mitchell van der Gaag and Steve McClaren as Erik ten Hag's assistant coaches.
🤝 A warm welcome to them both!
#MUFC
1127
5936
last month
Villa confirm Kamara

Shortly after the calls of a signing being close, Boubacar Kamara has been confirmed by Aston Villa.

Aston Villa
@AVFCOfficial
Aston Villa is delighted to announce the signing of @BoubaKamara_4 on a five-year contract! ✅
937
4795
last month
Boubacar Kamara set to sign for Villa

Boubacar Kamara is set to sign for Aston Villa, and they'll have got themselves an excellent defensive midfielder for the future on a long contract!

The two Brazilian goalkeepers at the league's top two teams both finished with 20 clean sheets, meaning that they will share the golden glove award.

Leeds United managed to get their noses above those at Burnley, and the move to replace Marcelo Bielsa with Jesse Marsch looks to be a shroud one.

Twist And Shout: Survival Vindicates Leeds United Not Sticking With Bielsa
x
Suggested Searches:
The Sportsman
Manchester United
Liverpool
Manchester City
Premier League
More
football
Football Docs To Binge On Amazon Prime Before All Or Nothing:...
The much-anticipated All or Nothing: Arsenal documentary finally has a release date! The story of the [ ... ]
football
From Stadium MK To Wembley: Our Women's Euro 2022 Stadium Guide
Euro 2022 is edging closer and England is all set to welcome fans from across the continent to witness [ ... ]
football
Newcastle United Finally Get Their Man As Sven Botman Signs
Newcastle United have confirmed the signing of Dutch centre-back Sven Botman from Lille for an undisclosed [ ... ]
football
Chelsea Close To £55M Deal For Leeds United's Raphinha
It’s the transfer window that just keeps giving!  Chelsea are now reportedly close to agreeing [ ... ]
football
Happy Birthday Kevin De Bruyne: The City Man Could Be In For...
Kevin De Bruyne turns 31 today and while he can expect no shortage of presents, he is a man with more [ ... ]
football
Forget Transfers, Here Are The Players That Could Improve Their...
The transfer window offers a twice-a-year opportunity for clubs to re-jig their squads, shift the deadwood [ ... ]
football
Success Or Failure? Every EPL Club's Most Expensive 2021-22...
The summer transfer window is well underway and fans across the Premier League are demanding that their [ ... ]
football
Netherlands Striker Miedema Feels Euro 2022 Can ''Put Women's...
Netherlands international Vivianne Miedema believes that this summer’s Euro 2022 in England is [ ... ]
football
LIVE Transfer News: Raphinha, Sven Botman & More
Good morning and welcome to The Sportsman's LIVE transfer blog, where we will have you covered for [ ... ]
football
Richarlison Over Antony: The Transfers Man United Need To Do...
With Manchester United’s summer business continuing to revolve around Frenkie de Jong, discussion [ ... ]
football
How Arsenal Can Get The Best Out Of Gabriel Jesus As £45m Deal...
Arsenal are closing in on the signing striker Gabriel Jesus from Manchester City in a deal [ ... ]
football
Four Number 17s Sadio Mane Will Look To Live Up To At Bayern...
Sadio Mane is embarking on a new adventure with Bayern Munich, having ended his six-year love affair [ ... ]
football
Arsenal Keeper Matt Turner's Journey To The Prem Has Had Many...
It’s all systems go at the Emirates Stadium with Arsenal acting swiftly to bolster their squad [ ... ]
football
£170M! The Long-Term Cost Of Chelsea's Horror Romelu Lukaku...
Romelu Lukaku’s loan return to Inter Milan is imminent and just one year after Chelsea paid £97.5m [ ... ]
football
The Third Best Stadium In Glasgow, Hampden Park Desperately...
From the 10-goal thriller between Real Madrid and Eintracht Frankfurt in the 1960 European cup final [ ... ]
football
Premier League Meets Primeira Liga: Why English Clubs Are Raiding...
As Premier League clubs frantically try to assemble squads that will improve their lot this season, [ ... ]
football
Transfer News: Gabriel Jesus To Complete Arsenal Switch
The latest news from the football world sees Manchester City and Arsenal linking up once again, this [ ... ]
football
Burnley Manager Vincent Kompany Talks Transition, Transfers...
Vincent Kompany was a fine footballer – but can he cut the mustard as a manager? The former [ ... ]
football
Clowes’ Bid Accepted For Derby County As Rosenior Is Named Interim...
It’s been a torrid season for Derby County fans, ending in relegation to League One, but [ ... ]
football
Man United, Chelsea And Newcastle Linked With Neymar Ahead Of...
Following reports that Neymar is considering leaving PSG this summer, it is now being claimed that only [ ... ]
football
LIVE Transfer News: Chelsea Chasing Sterling & De Ligt
The final day before the Premier League clubs begin their pre-season training and there's [ ... ]
football
European Champions On 10 Days Notice: 30 Years On From Denmark’s...
“Our sponsors were not prepared for us to go, so what we had was the Under-21s kit. When you look [ ... ]
football
QPR Boss Michael Beale On Carlo Ancelotti, Steven Gerrard And...
Michael Beale began his coaching career at Bromley Church Hall. With coats and bags pushed to the side [ ... ]
football
Andy Carroll To Club Brugge And Football's Weirdest Transfers
Andy Carroll is reportedly in talks with Club Brugge over a move that would see him potentially play [ ... ]
football
Cristiano Ronaldo Next Club Odds If He Leaves Manchester United...
Even at the age of 37, Cristiano Ronaldo remains one of the most dangerous footballers on the planet. [ ... ]
football
Don't Sleep On Argentina & Brazil: Europe Is Missing A South...
We’ve always had the European qualifiers, the World Cup preliminaries and the Euro finals tournaments [ ... ]
football
Transfer News: Liverpool Want £60m+ For Mo Salah
Mo Salah could follow Sadio Mane out of Anfield as Liverpool consider the sale of the Egyptian [ ... ]
football
Ronaldo Redeemed: When Il Fenomeno Cemented His Legacy At The...
It was a sight as familiar as the gulping down of glasses of Pastis or the packed sands and waters of [ ... ]
football
Manchester United Say Goodbye To Their Most Divisive Player...
Paul Pogba has taken his ‘Pogmentary’ and gone home. The midfielder will return to Juventus [ ... ]
football
Enthralling England's Electric Attack Blows The Netherlands...
Has an entire England squad ever been summed up in 54 seconds before? In the second half of the Lionesses [ ... ]