It has been a long road for Dillian Whyte. Saturday’s WBC, The Ring and lineal heavyweight championship shot at Tyson Fury comes after years of legal battles, eliminators, silver, interim and international belts. Whyte deserves this shot, but recently there has been many people pouring scorn on the match-up. Whyte is being treated with the same disdain as many of history’s heavyweight underdogs. His chances are being dismissed in the same way the prospects of James ‘Buster’ Douglas, Hasim Rahman and Andy Ruiz Jr were laughed off ahead of title shots they were told they didn’t earn. I wonder what happened to those three?

To mention Whyte in the same context as those legends of the upset is actually slightly unfair. Not to denigrate three men who deservedly held the heavyweight championship of the world, but Whyte’s credentials for a title opportunity are actually greater than ‘Buster’, Ruiz or Rahman’s were. Since 2016, Whyte has beaten eight men who were in the world rankings at the time he defeated them. Three of these victories, against Joseph Parker, Alexander Povetkin and Lucas Browne, have come against former world champions. He has beaten more world-ranked fighters than Fury, and the same amount of ex-beltholders. Of course not all champions are created equal, and Wilder and Klitschko eclipse Parker and Browne, but the idea that Whyte does not belong in a world title fight is laughable.

So why is there so much pushback against Whyte’s deserved shot at the WBC crown? A lot of the opposition to the fight seems to emanate from America. On one level the antipathy is understandable. ‘The Body Snatcher’ has fought just once on American soil, bludgeoning journeyman Malcolm Tann in three rounds in 2017. Hardly the stuff grand reputations are forged upon. Also, despite his many high-profile wins over contenders, Whyte lacks a big-name US scalp on his record. The most well-known American he has defeated is Brian Minto, a one-time fringe contender who was nearing the end of his career when Whyte stopped him. The US audience dismisses Whyte primarily because they have not seen him at his best against a fighter they respect.

Bad news travels faster than good news, and Whyte’s two most famous fights are arguably both his losses. His 2015 defeat to Anthony Joshua, and the shock knockout Alexander Povetkin wreaked on him in 2020 loom largest on his 32-fight ledger. In a boxing landscape where the ‘0’ is prized above all else, cynics see Whyte’s knockout defeats and are quick to write-off his chances. But against Tyson Fury, knockout defeats are the wrong thing to judge an underdog’s chances on. 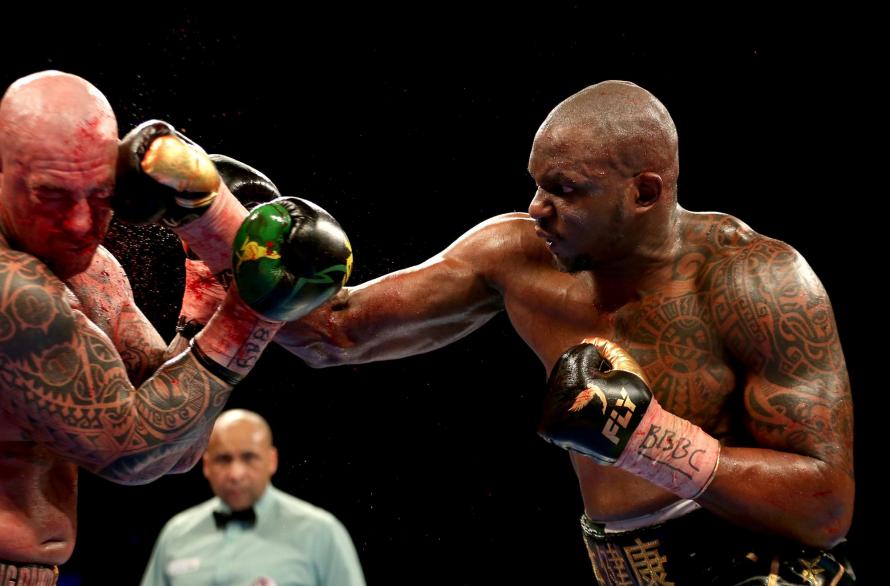 dillian whyte: the man who would be king?

It would be bold in the extreme to say Dillian Whyte is going to leave Wembley Stadium as the new heavyweight champion of the world. Fury’s expert dismantling of pressure fighters like Derek Chisora and Deontay Wilder down the years suggest Whyte isn’t bringing anything stylistically that ‘The Gypsy King’ hasn’t seen. But what the lineal boss does not bring into the ring is the sort of one-punch knockout power that has thus far been the only thing to beat the challenger. Fury managed to break down Wilder gradually in two of their three bouts, but he also went the long way round against the likes of Francisco Pianeta and Otto Wallin. Whyte’s power is not concussive either, but he does hit with enough force to trouble Fury’s often-vulnerable chin. The way each man’s attributes and intricacies mesh suggest Whyte has a better chance of an upset than anyone is giving him credit for.

Of course Fury is the favourite for a reason. He is this era’s defining heavyweight, and has never been defeated in a professional ring. The 33-year-old has demonstrated facets of both the expert boxer and the warrior king over the course of his 31 bouts. In short: he is the world heavyweight champion for a reason. But people have walked into the ring with even more decorated fighters and walked into the history books with world title belts in their grasp. The scorn is unwarranted. No, Whyte is not Oleksandr Usyk or Anthony Joshua, the two fighters everyone wants to see Fury face. What he is though is a deserving challenger who has earned his place in the Wembley ring on Saturday night. Like Rahman, Douglas and Ruiz before him, he is a man who is more than capable of making that place count.