Following a lacklustre performance against Manchester City last weekend, Liverpool turned up the gears against Pep Guardiola's side this time around as they booked their place in the FA Cup final with a 3-2 victory at Wembley Stadium to keep their quadruple dream alive.

From the first whistle it was evident that the Reds were more fired up for this semi-final than their opponents and they raced out of the blocks in the first half, entering the break with a 3-0 lead courtesy of Ibrahima Konate and a Sadio Mane brace.

At three goals up at half-time, it looked like Liverpool were out of sight but a second-half fight back from City left Jurgen Klopp’s men with a nervous final few moments as goals from Gabriel Jesus and Bernardo Silva pulled the Cityzens right back into the tie.

The first thing on everyone’s lips will be that just how likely is it that Liverpool can claim the immortalising quadruple? Judging by this performance, their chances are high and you can never write off the character and talent within this team and the supporters can rightly dream.

The evolution that Klopp has overseen has been wonderful to witness and from just a couple months ago, the German hadn’t tasted glory in an English cup competition, now he’s on the cusp of claiming his second - in what could be part of the most successful season in English football history.

Liverpool FC
@LFC
We'll be back again in May ✊🔴 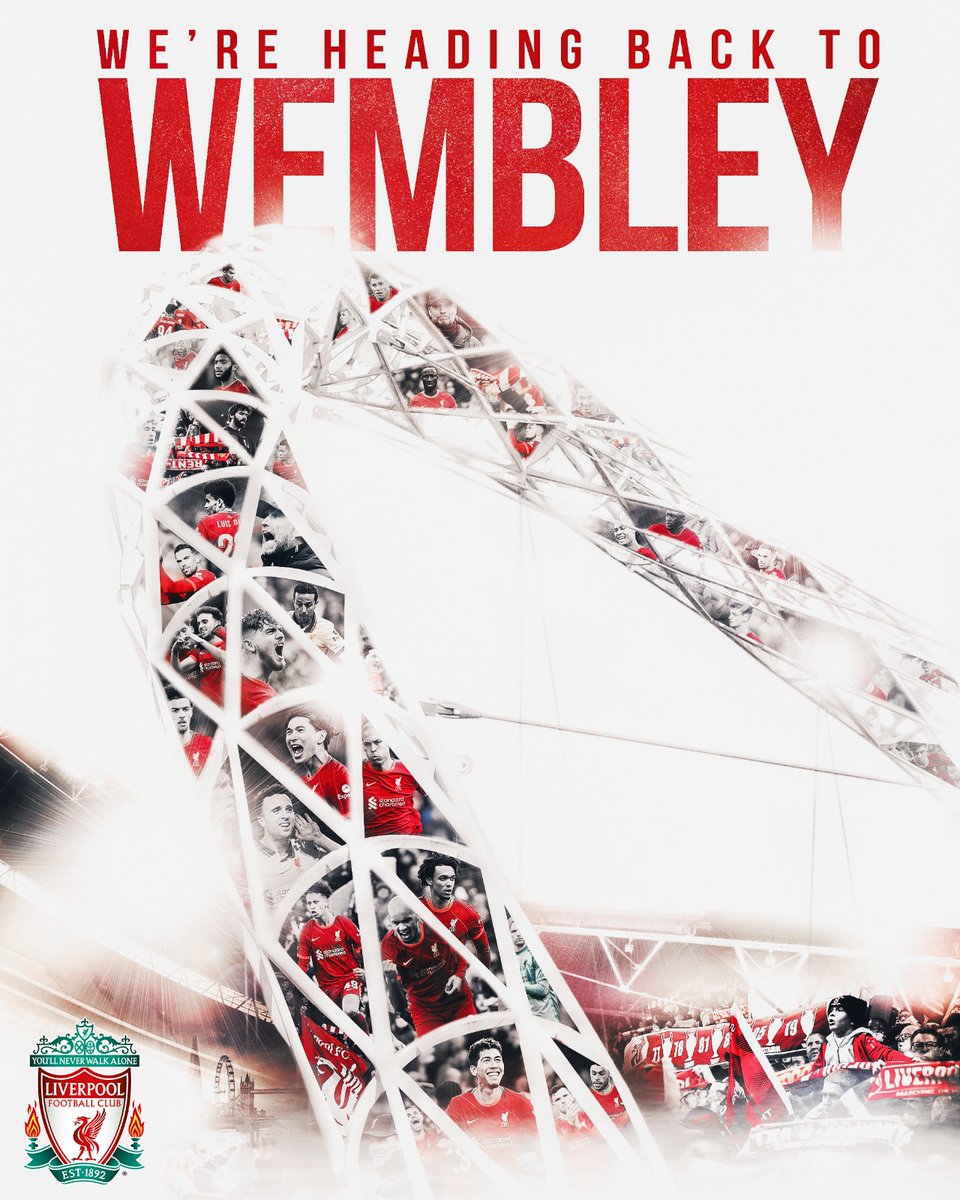 Jack Grealish had the first registered effort of the game which was blocked, but the £100 million-pound man should’ve done better with the space he had. The deadlock was broken inside 10 minutes as Ibrahima Konate rose highest to head home from a corner to give Liverpool the lead and Wembley was engulfed in red smoke as a flare was thrown onto the pitch.

Things went from bad to worse very quickly for Pep Guardiola’s side as they were 2-0 down inside 20 minutes thanks to a calamitous error. Understudy goalkeeper Zack Steffen dallied for too long on the ball and Mane came sliding in to force the ball into the back of the net.

The frustration among the City players quickly rose to the surface as veteran midfielder Fernandinho was booked for a challenge on the dazzling Luis Diaz. City just couldn’t get into gear and Liverpool, who were in complete control, caused them problems constantly. Mane doubled his tally, extending their lead to three, just before the break with a sublime finish.

With a gargantuan task ahead of them in the second half, whatever Guardiola said to his players in the dressing room had clearly taken effect as they pulled one goal back straight from the restart through a sumptuous Grealish strike and the blue half of Wembley came back to life.

The match grew more feisty once City had given themselves some hope and it led to a lot more challenges flying in. Things got heated when Fernandinho went in with force on Mane, picking up an inevitable yellow card. Mane then found himself in the book for a bad challenge on Fernandinho, as City’s momentum was slowing down and Liverpool were trying to regain theirs.

Alisson was called into action to deny his compatriot Gabriel Jesus, who had a glorious opportunity to reduce the deficit with over 20 minutes to play, but he could not get a strong enough connection on the ball to worry the goalkeeper. Then it was the Reds’ turn to get another which would have almost certainly ended any hope of a comeback, but Mohamed Salah’s dinked effort went into the side netting.

In classic FA Cup style, there was drama right until the end. City were given a late lifeline when Bernardo Silva pulled one back in the 90th minute and they bombarded Liverpool with chances in the four minutes of stoppage time that followed. A handful of efforts were deflected for corners and Sterling had an effort saved and held on tightly by Alisson to see Liverpool home.

With the win, Liverpool reached their first FA Cup final in a decade. The Reds will now take on either Chelsea or Crystal Palace, who play their semi-final tomorrow, in the competition’s showpiece on May 14th.