Football
News
With Fabinho and Van Dijk both on the sidelines, we're about to see what the champions are really made of
Kris Voakes
11:21, 28 Oct 2020

Now we’re really going to find out what the Premier League champions are made of. Liverpool’s latest Champions League win, a hard-fought 2-0 victory over Midtjylland at Anfield on Tuesday, came at a heavy cost as utility player Fabinho was substituted in the first half due to a hamstring injury.

Normally, the injury status of the Brazilian might not feel like such a body blow, but following on quickly from Virgil van Dijk’s ACL injury sustained at Everton and with Joel Matip still struggling with a knock picked up in the same game, Jurgen Klopp might now have his work cut out simply getting senior central defenders on the field, let alone coaxing performances out of them.

Fabinho is, after all, a defensive midfielder by trade and was once again relieving as a centre-back alongside Joe Gomez due to Liverpool’s deepening injury crisis. With Thiago Alcantara still unavailable, the former Monaco man’s reassignment in the back four also leaves the Reds shorter than usual for cover in front of the defence.

So with another option now gone for Klopp, the manager needs to find resolutions. And while he has dealt with setbacks before and pulled Liverpool through, the prospect of losing so many senior defenders at once is a relatively new headache. During their all-conquering run to the Premier League title last year, Liverpool had seven players who started 30 or more games in their 38-match league campaign. Their ability to keep calling upon their stars was one of the things which dragged them through when others were stumbling. 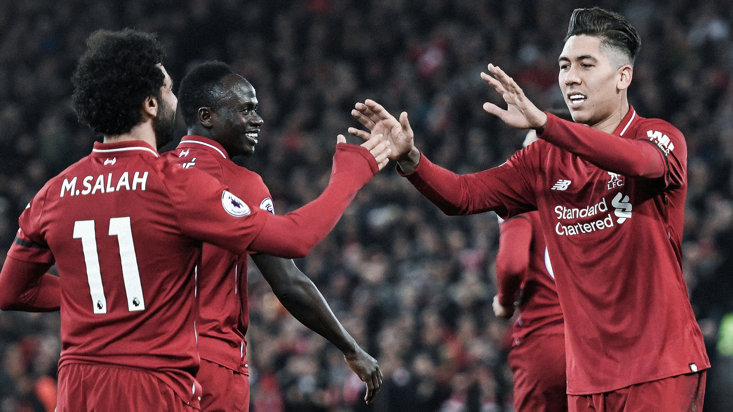 But right now Klopp doesn’t have the luxury of turning to his best players almost all of the time. In a truncated season which is throwing up big game after big game with little respite, Liverpool must find a way to cope. Youngster Rhys Williams was entrusted with the responsibility of stepping in for Fabinho on Tuesday night, but asking too much of a 19-year-old who has just two League Cup games and two Champions League appearances under his belt aside from a one-year loan stint in the sixth tier with Kidderminster Harriers is hardly the favoured course of action right now.

As they scramble around for answers at the back, this is where things might get tough for Liverpool. With potentially makeshift solutions being sought for the time being, the next few weeks is set to be a crucial period in their campaign as they look to retain their title.