Football
News
The Reds are now among an elite group in European football
Kris Voakes
12:35, 04 May 2022

Whether they win or lose at the Parc des Princes in this year’s Champions League final, Liverpool’s consistency on the continent over the past five seasons has seen them join a pretty elite club. With a third final date since 2018 having been booked with Tuesday’s 3-2 win over Villarreal, Jurgen Klopp’s side have put their names in the hat with some of the greatest clubs in European history.

The legendary names of the great Blancos side of the Fifties trip off the tongue. Alfredo Di Stefano, Paco Gento and Jose Maria Zarraga were part of all five wins as Real Madrid dominated the beginning of European Cup football. Gento would go on to claim a sixth winner’s medal in 1966 as Madrid set a bar the rest of the continent couldn’t hope to reach.

Benfica were brilliant in the Sixties under the wonderful Bela Guttmann, but after he’d won them back-to-back European titles in ’61 and ’62 he asked for a small pay rise. When his request was denied he cursed the club and they haven’t won a continental crown since, despite his players again reaching finals in ’63 and ’65. 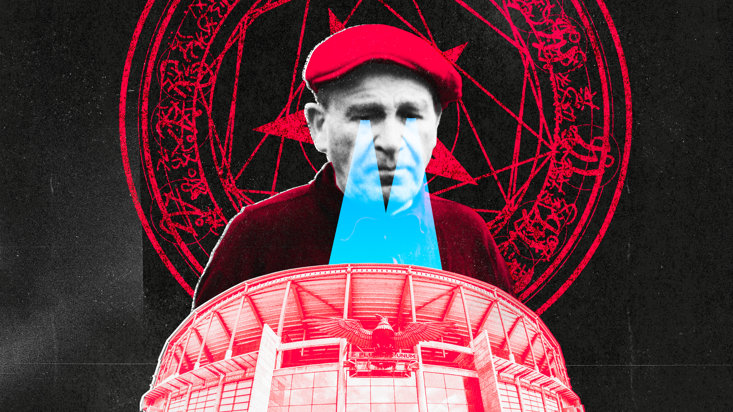 GUTTMANN MADE BENFICA GREAT, THEN CURSED THEM FOR 100 YEARS

One of the sides Benfica lost to was ‘Il Grande Inter’, chocked full of stars such as Giacinto Facchetti, Sandro Mazzola and Luis Suarez (not the bitey one). They beat Di Stefano, Gento, Ferenc Puskas and Madrid in 1964, then did for Benfica 12 months later before coming unstuck in the ’67 final against Celtic’s ‘Lisbon Lions’.

Oh my, how good this Ajax team was. After being spanked 4-1 by AC Milan in the 1969 final, the Godenzonen came back to dominate the continent with three straight successes between 1971 and 1973. The side of Johan Cruyff, Johan Neeskens, Arie Haan, Rudi Krol and Johnny Rep is still cited as one of the greatest XIs ever constructed. 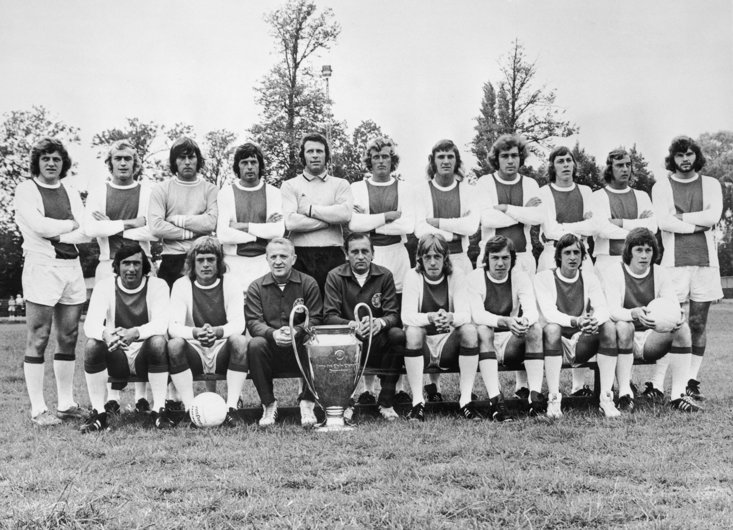 When Ajax were done beating everyone in sight, Bayern Munich took over. Gerd Muller, Franz Beckenbauer, Sepp Maier and Uli Hoeness all played a massive part in the best club team Germany has ever seen assembled. It took an equaliser in the last minute of extra time to  take Atletico Madrid to a replay in 1974, but they were untouchable thereafter, sweeping Atleti aside in the second game and then beating Leeds United and Saint-Etienne in ’75 and ’76.

Built by Bill Shankly and perfected by Bob Paisley, Liverpool were utterly sublime in the late Seventies and early Eighties. After back-to-back final wins against Borussia Monchengladbach and Club Brugge in ’77 and ’78, they returned to beat Real Madrid in 1981. That victory in Paris was the end of one five-year run and the start of another, as a fourth title win over Roma in ’84 and the infamous defeat to Juventus at Heysel Stadium the following year were further evidence of the Reds’ place in Europe’s all-time elite.

There was the backline of Tassotti, Costacurta, Baresi and Maldini. Marco van Basten, Ruud Gullit and Frank Rijkaard were the Dutch trio making everything seem so simple higher up. The Milan team of this time was irresistible. After successive wins in 1989 and 1990 against Steaua Bucharest and Benfica, they were back with many of the same players in ’93 but lost to Marseille in Van Basten’s final game. The next year they hammered Barcelona’s ‘Dream Team’ 4-0 in one of the great performances in European football history and returned to the final 12 months later in a narrow loss to Louis van Gaal’s Ajax.

Juve might only have two European crowns to their name but in the mid-Nineties they supplied one of the superior sides in the game. Gianluca Vialli, Alessandro Del Piero and Fabrizio Ravanelli were all part of the 1996 winners against Ajax, while Zinedine Zidane, Edgar Davids and Pippo Inzaghi were among those to miss out in subsequent finals as Borussia Dortmund and Real Madrid stopped the Bianconeri short of true greatness.

After 32 years, Real Madrid finally won a seventh European crown in that ’98 final against Juve thanks to Pedja Mijatovic. It gave them that scent for glory once more, and with the much-vaunted Galacticos being gradually added to the fray they added further wins in 2000 and 2002. The run included one of the greatest goals ever scored with Zidane’s winner over Bayer Leverkusen at Hampden Park in ’02 making just about every YouTube highlight reel you’ve ever seen. 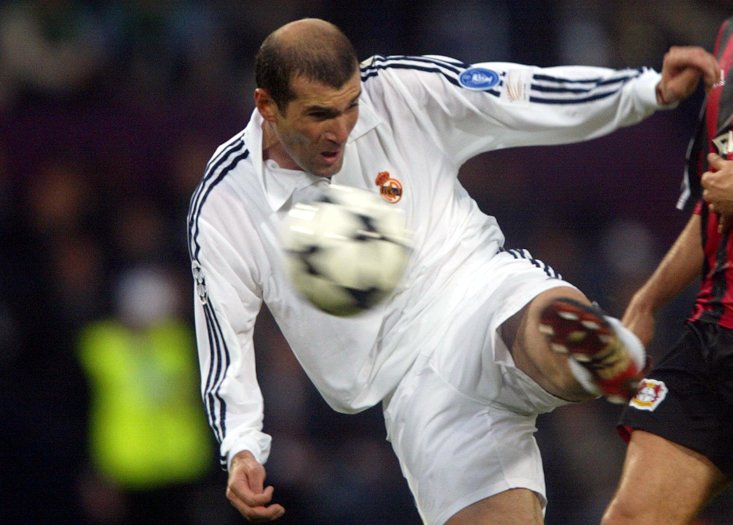 ZIDANE'S GOAL WAS ONE OF THE BEST IN UCL HISTORY

If the 2003 Champions League win over Juventus on penalties was instantly forgettable, Milan’s pair of clashes with Liverpool over the ensuing four finals have become the stuff of legend. A crazy six minutes in Istanbul saw Carlo Ancelotti’s side blow a 3-0 lead, but they got their revenge in Athens two years on as Inzaghi’s double gave Milan a seventh continental crown.

One of Alex Ferguson’s biggest regrets is not having won more European titles, and between 2008 and 2011 they had enough shots to go down as legends. After beating Chelsea on penalties in Moscow they looked destined to become the first repeat champions of the Champions League era when facing up to Pep Guardiola’s Barcelona in Rome. But this was to be the start of a great period in Barca history as they twice put paid to United bids in the space of 24 months, leaving Fergie wanting more.

Louis van Gaal was back in the final in 2010 but found himself outdone by Jose Mourinho’s Inter in Madrid, and Jupp Heynckes’ side were stunned by Chelsea in the home final at the Allianz in 2012. But they finally got the Champions League win their consistent brilliance deserved at Wembley in ’13 when Arjen Robben’s late winner put paid to Borussia Dortmund’s hopes of denying die Roten the elusive treble. 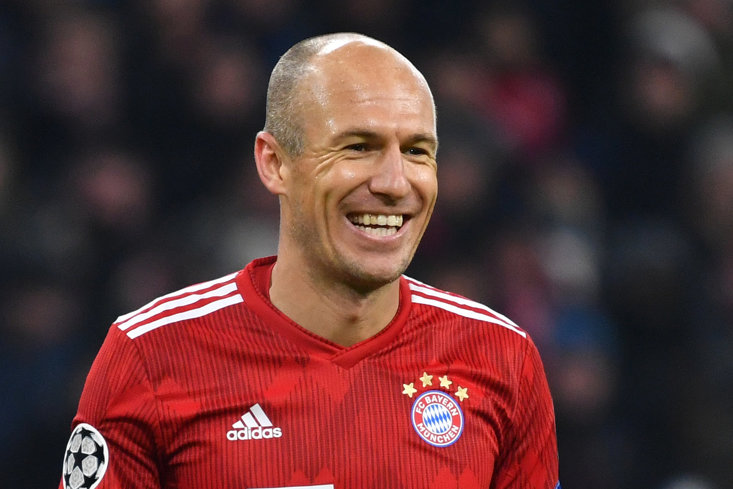 After an epic, and not to mention costly, pursuit of La Decima, Real Madrid finally won number 10 in dramatic fashion in Lisbon in 2014, equalising late against Atletico in the first ever final between city rivals before scoring three times in extra time. They beat Atleti again in ’16, this time on penalties, and hammered Juventus in ’17 before overcoming Jurgen Klopp’s Liverpool in Kyiv to make it three from three and four out of five.

Klopp’s Kop men learned a lot from their 2018 reverse to the Blancos, bouncing back to beat Tottenham Hotspur 2-0 in a forgettable final the following summer. And in 2022 they are chasing all sorts of history, with an unprecedented quadruple potentially on the line when either Madrid or Manchester City stand opposite them in Paris on May 28. Virgil van Dijk, Mohamed Salah and Jordan Henderson could go down not just in English football folklore but also among the names of the Champions League greats who have come back and won again and again.