Clive Tyldesley has commentated on some of the most iconic moments in football history. From World Cups to Champions League finals, he is the voice of the sport for a generation of football fanatics. Now, in a five-part series, he has talked The Sportsman through some of the most important matches across his career, from his unique perspective. All five games feature in Clive's series of Commentary Charts, which are now available as part of his latest business venture.

The second edition takes us back to title decider of 1989, when Liverpool were targetIng a league and cup double in the devastating wake of Hillsborough. Clive was working on Merseyside at that time, and talks us through what he views as the greatest title decider in history.

Which has been the greatest English modern title decider? Was it 2012 Aguerooooo, or was it 1989?

What happened in 2012, not just one goal, but two Manchester City goals in stoppage time, even what we saw this season doesn't compare to the extraordinary drama of those few minutes. Martin Tyler, and Guy Mowbray on Match of the Day, captured those moments wonderfully. "I swear you'll never see anything like this ever again..." it is a big statement to make but actually - editorially - correct. We will never see anything like it again.

But which was the greatest title decider? 1989... The two protagonists on the same field together. This was not like today, looking at the mobile phone to see how Liverpool are getting on, you had your eyes on the prize. The two teams were there.

That match was the last match of my local radio career. In about '86 or '87, I started to do some work for the regional ITV franchise Granada Television so for about two or three years I worked for both them and Radio City in Liverpool. But I commentated that match, not as a neutral, I commentated it as the Merseyside local radio commentator for Radio City. 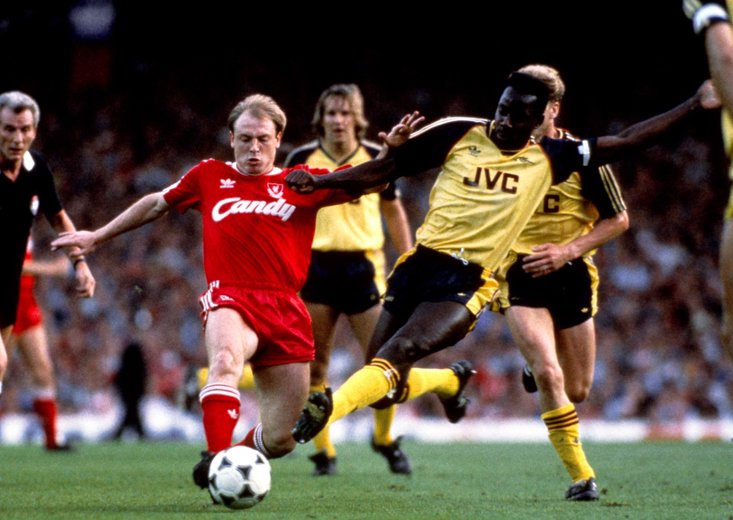 The title decider in 1989 between Liverpool and Arsenal

Rather like with Nottingham Forest, I knew the players. I was now in my early 30s, but I was still the same age as some of them - certainly as Sir Kenny Dalglish, and I knew the others. I was around them, I was still in a privileged position to travel with them to European games and I would socialise with them after matches.

When I was in Paris for this season's Champions League, Hillsborough was in our minds. As soon as we started hearing words like 'kettling' and 'crush' - everybody had to think about Hillsborough and I hope the French authorities recognise the sensitivity of the similarities between the two situations.

Not only had I socialised, and maybe had a couple of drinks, with those players in that Liverpool team in 1989, I had mourned and grieved with them. The aftermath of Hillsborough was something that we all shared. They won a very emotional FA Cup final the previous weekend against Everton. A very dramatic game but an emotional game because somehow it just seemed right that Liverpool went on to win trophies that season. Just something to act as some kind of permanent memorial to those that had lost their lives in Sheffield, particularly as it had happened in an FA Cup semi-final.

It was football's tragedy. It wasn't Liverpool's tragedy. If you attended football in the 1980s, you knew it could have happened to you. There was a crush at every game. Whilst I am, in principle, a supporter of safe standing now and I think it is probably time to look at that, I was a very strong opponent of it for several years after 1989. The crush that we routinely experienced inside and outside football grounds were, well we know they were dangerous because it wasn't the first football tragedy. It was what brought everything to the point where something had to be done. It affected everybody, it really did. 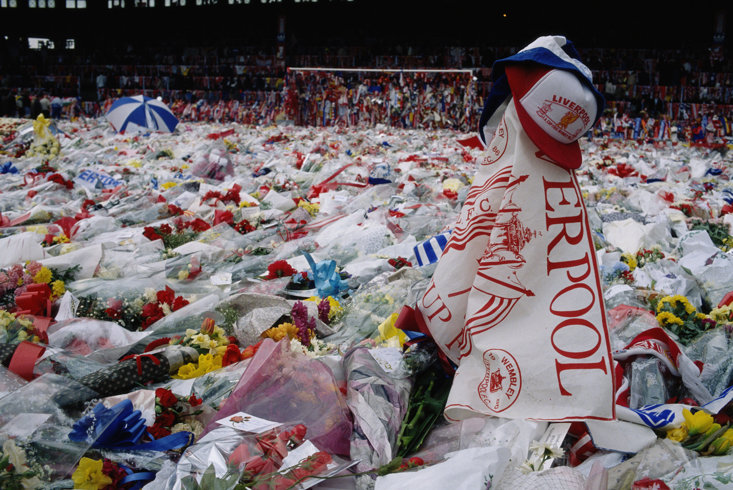 The following Tuesday after that FA Cup final, Liverpool beat West Ham 5-1 at Anfield to go three points clear of Arsenal. The title decider was played on a Friday night. Liverpool played Saturday-Tuesday-Friday of that week and everybody knows the story. I can never think of that night without the close up of Steve McMahon... One minute! One minute! He went around to everybody, there was a stoppage in play. One minute. They were one minute away from the league and cup double, and the league and cup double was massive then. We weren't in Europe, we had been kicked out of European football in the wake of the Heysel tragedy.

How many doubles had been done then? Probably only two. I think Spurs in the 60s and Arsenal in the 70s. This was something Liverpool had never done and it was going to be a huge achievement in the year of Hillsborough. Whereas Brian Moore, the late great Brian Moore, my predecessor, said famously: "It's up for grabs now!" my commentary was: "OH NO! Arsenal have stolen it!"

I didn't know them then, but the likes of Alan Smith, Lee Dixon, David O'Leary, the late David Rocastle, they all became great friends. So I started to see that match from their perspective in the years that have followed. But that night is where I was almost a fan commentating. I was a local radio commentator, watching the local team be foiled so dramatically in the final minute, from a very emotional league and cup double.

The other element, the obvious element that every Arsenal fan would know, is that 1-0 was not enough. When Alan Smith scored, Liverpool were still going to be champions. The goal difference was identical as indeed the points tally was at the end of the night, it was goals scored that gave Arsenal the title ,and so that second goal, scored ironically by a player who scored for Liverpool in an FA Cup final three years, Michael Thomas - you cannot beat that in the top flight... I hate to talk about the Premier League because we weren't even in the Premier League era, but it is all the same. It is the top-flight English football - 92 didn't change that much, there was football before 1992.

That is just the most dramatic last-day story that will ever be told.