Rangers' famous victory against Leeds United 30 years ago in the qualifying phase of the inaugural Champions League was the last time the Glasgow club overcame an English side in European competition.

The financial landscape was different then. Sky had only just emerged, and gate receipts and commercial revenue dwarfed television income. Such was Rangers' financial strength; they broke the British record transfer fee the following summer by prising Duncan Ferguson away from Dundee United for £4 million.

Four years later, Rangers made an audacious move to sign Ronaldo from Barcelona, yet despite the transfer failing to materialise, their intentions had been made clear. Since the turn of the century, though, the club's standing has gradually diminished - to such an extent that simply competing in Europe’s elite competition is now cause for celebration.

Once upon a time, a Scottish club travelling to England would invoke only positive thoughts, but excitement mixed with a heavy dose of trepidation will be the overriding emotions of those heading to Liverpool on Tuesday night.

Just how big is the task facing Rangers? Bournemouth were trounced 9-0 at Anfield in August - and The Cherries benefit from a bigger budget than the Europa League finalists. The financial chasm between the sides does not reduce the appeal or anticipation surrounding a first competitive clash between two historic clubs, but it does highlight growing inequality within Europe’s premier competition.

There will be little sympathy outside Glasgow regarding the daunting challenge awaiting Rangers at Anfield; after all, both Old Firm clubs have used their financial muscle to dominate Scottish football for decades.

It may be a mismatch on paper, but Rangers are still expected to find a way to be competitive. The Glasgow club will need to improve on an abject display against Ajax in Amsterdam on matchday one, and travel sickness has been common throughout Giovanni Van Bronckhorst’s short tenure.

Rangers will be required to absorb considerable pressure, and they will need to maintain a threat in transition or risk being overwhelmed. Ryan Kent against Trent Alexander-Arnold could be a fascinating duel, and a team selection with an emphasis on pace would be logical considering Liverpool’s high defensive line.

Liverpool FC
@LFC
Back in #UCL action next week.
#LIVRAN 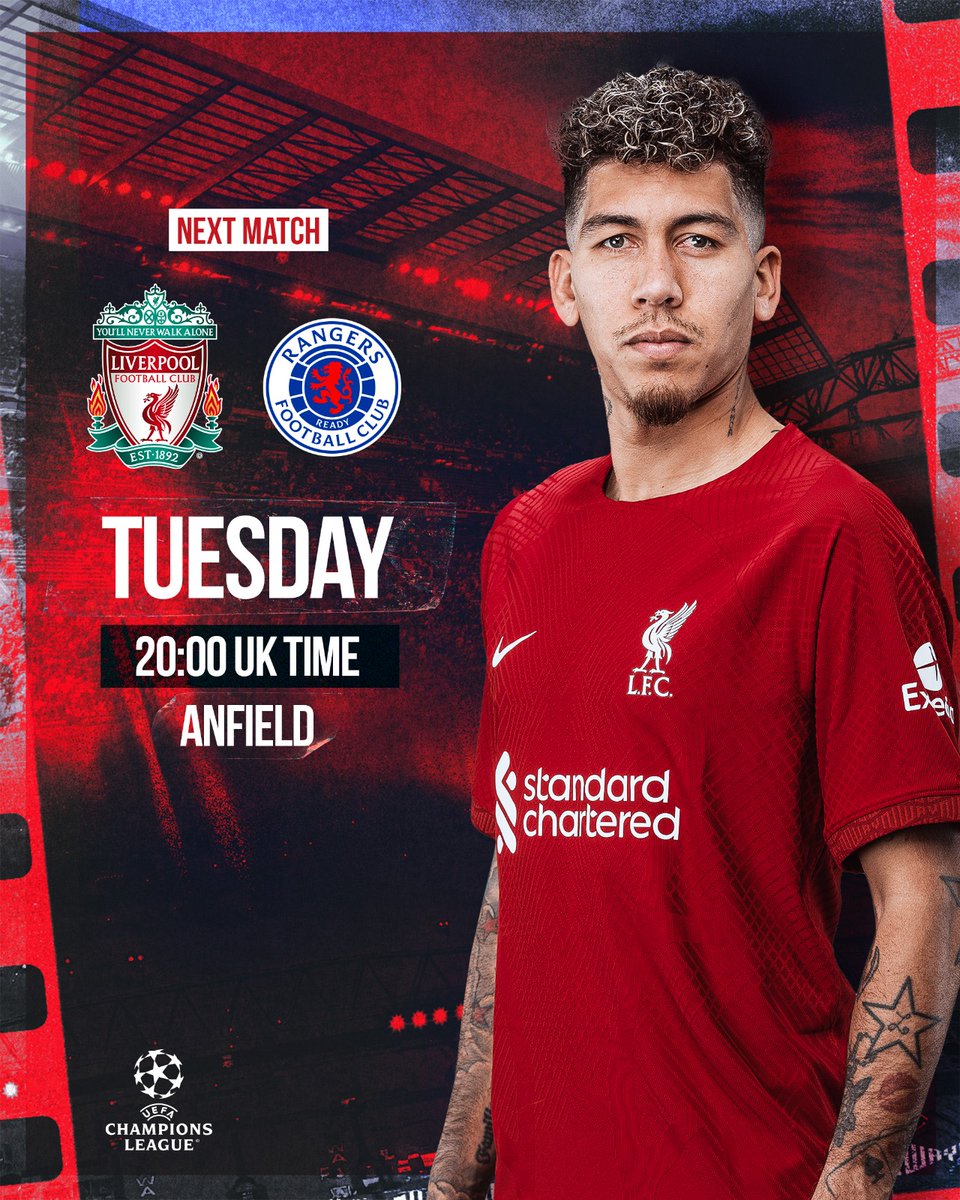 Antonio Čolak is the top goalscorer in the Scottish Premiership this season. He has netted 11 times in 14 games, including a double at Tynecastle on Saturday. The Croatian is a clinical finisher, but with Rangers expected to be on the back foot, Alfredo Morelos’ superior hold-up play might make him a better option to lead from the front.

James Sands' suspension should ensure Ben Davies keeps his starting jersey from the weekend. The centre-back has barely played since his summer move, and Mohamed Salah and co will provide a thorough examination of his credentials. Ironically, despite 18 months at Liverpool, Davies has had to move north of the border to get an opportunity to sample matchday at Anfield.

Rangers have conceded seven times, are yet to score a goal and still stuck on the start line in Group A. The outlook is bleak, and there is no tie on the horizon that suggests the statistics are likely to improve anytime soon. Faint hopes of scrambling third place and securing a spot in the Europa League after Christmas remain, but salvaging pride and avoiding nil poi is the immediate priority.

For 60 minutes, and prior to Sands' dismissal, Rangers were competitive against a vibrant Napoli side three weeks ago. They played with urgency and intensity - and they cannot allow the passiveness that regularly haunts them on their travels to return.

Regardless of the outcome, a Liverpool-Rangers clash is long overdue, and the atmosphere will reflect the specialness of the occasion.