Football
News
The Roja have found different ways to underperform since their era of dominance
Conor Keane
06:55, 02 Jul 2021

A decade ago, Spain were they absolute best. Triumphs at the Euro 2008 and the 2010 World Cup in South Africa were followed by a successful defence of the European Championship in Kiev in 2012.

Between football supporters young and old, there was an agreement as to just how spectacular that Spain side was. The tempo of their play, the quality of their side across the pitch, the dynamism of their midfield… it was just a pleasure to watch. Yet for all that success, the Spanish bubble burst instantly. The tournaments that followed have spawned failure and disappointment for La Roja for a number of reasons.

Too reliant on the veterans

Spain’s first mistake post-2012 was planning for tournaments by building the squad around their older players, such as Andrés Iniesta and Xavi. They were, of course, exceptional players but it was clear that they were not going to be able to reach the same heights beyond the second Euros win. Vicente Del Bosque naively thought that the two players would be able to carry the side to glory on the international stage again in Brazil for the 2014 World Cup. He also stuck with Iker Casillas in goal even though the experienced and decorated shot-stopper was not playing regularly at Real Madrid. They suffered an embarrassing opening 5-1 defeat at the hands of the Netherlands as the defence looked extremely frail and the old-timers were completely overrun in midfield. The reigning world and European champions bowed out in the group in one of the worst and most unexpected title defences on the international stage. 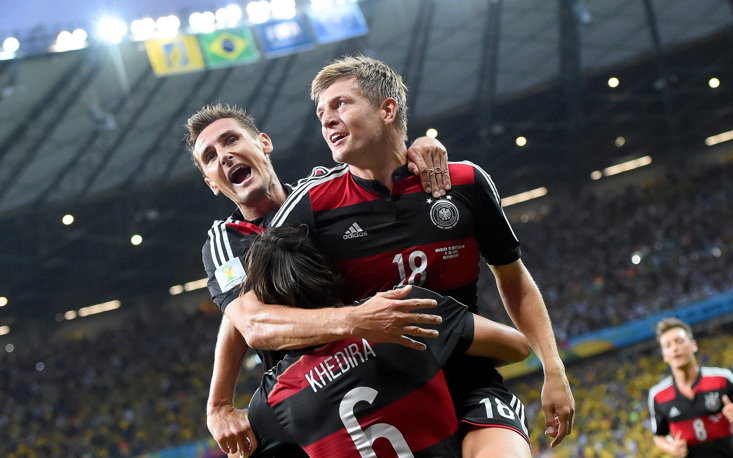 While Spain were busy basking in their glory, envious on-lookers around the globe got to work to catch them up and give them some much-needed competition. Louis van Gaal’s Netherlands humiliated them in their first game at the 2014 World Cup, getting their revenge for the final in 2010, and while they did not face each other, Germany quietly reorganised under Joachim Löw and then stunned the world that tournament. They were brilliant, fully warranting their World Cup win. They were well-drilled offensively and defensively and when they completely stunned Brazil in the semi-final 7-1, that was the moment when the world realised how good they were and that Spain’s period of dominance was over. 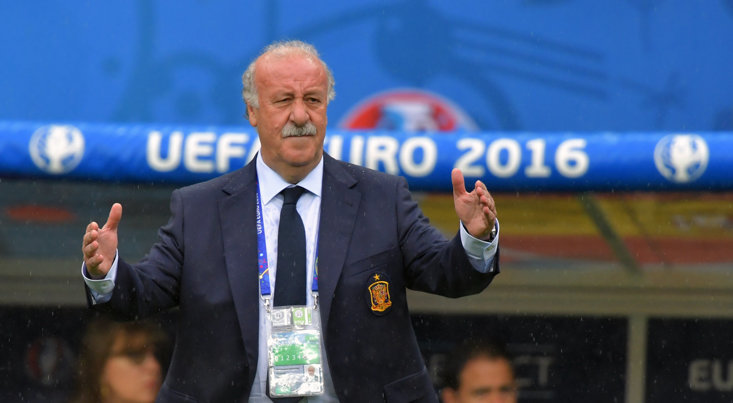 Del Bosque retired after the Euros in 2016, at which Spain managed to get through the group stage but then exited at the next stop when Italy sent them packing in the round of 16. He was replaced by Julen Lopetegui, who did not even see Spain into the World Cup in 2018 after he was sacked for having already committed to taking over at Real Madrid once the tournament was completed. Fernando Hierro took over and the dismissal of Lopetegui had a clear effect on a squad which had been crying out for stability, going on to be eliminated in a penalty shoot-out to hosts Russia, once again in the round of 16.

Luis Enrique was appointed as Hierro’s successor but he resigned in 2019 around the time of the tragic death of his young daughter, before being reappointed four months later. Upon his return he labelled his friend and colleague of six years, Robert Moreno, ‘disloyal’ for trying to make permanent his position as interim boss after Luis Enrique left. There has been a lot of changes in ideas in the Spain camp in recent years, which has hindered the side’s progress back towards the top of the international football pyramid. They need to ensure that Luis Enrique is given time in his post to work closely with his players and help rebuild a squad capable of challenging on the international stage once again.