Alexandra Popp wasn’t even meant to be at this tournament. She’s never even played at a European Championship before due to injury. But now she has dragged Germany to the final of Euro 22 with a brace in their 2-1 over France, to set up a mouthwatering tie against England at Wembley.

The Lionesses have brought the action to this tournament, but in Milton Keynes, this was a game of the highest quality, worthy to be the final itself. We saw the dynamism of Jule Brand, the goalscoring ability of Popp and the controlling midfield presence of Lena Oberdorf as Germany continued to attack the French back four.

But Wendi Renard was as imperious as ever, a calm centre-back with a playing style only comparable to Virgil van Dijk. Her physical battle with Popp was incredible to watch, but the German forward made the breakthrough just before the break.

Germany had never failed to score in the knockout stage of a European Championships, so when Svenja Huth placed in a cross from the right and the Wolfsburg striker finished with aplomb in the middle - it was a record-breaking goal. She became the first player to score in five consecutive Euros games to take her just one goal behind Beth Mead in the race for the Golden Boot.

Timing is a funny thing, especially for Popp. She missed the 2013 and 207 editions through injury and she would have missed this tournament had it taken place last year, but the delay to Covid-19 has given her another chance. It's a chance she grasped with both hands, but France were not behind for long.

Germany were yet to concede in this tournament until Kadidiatou Diani made her mark before the break. Having been a constant threat in the first period she fired a ball towards goal, it cannoned back off the post, and hit the back of goalkeeper Merle Frohms before bouncing in.

France had looked strong in parts, but this was a game on a knife-edge as they headed into half-time. 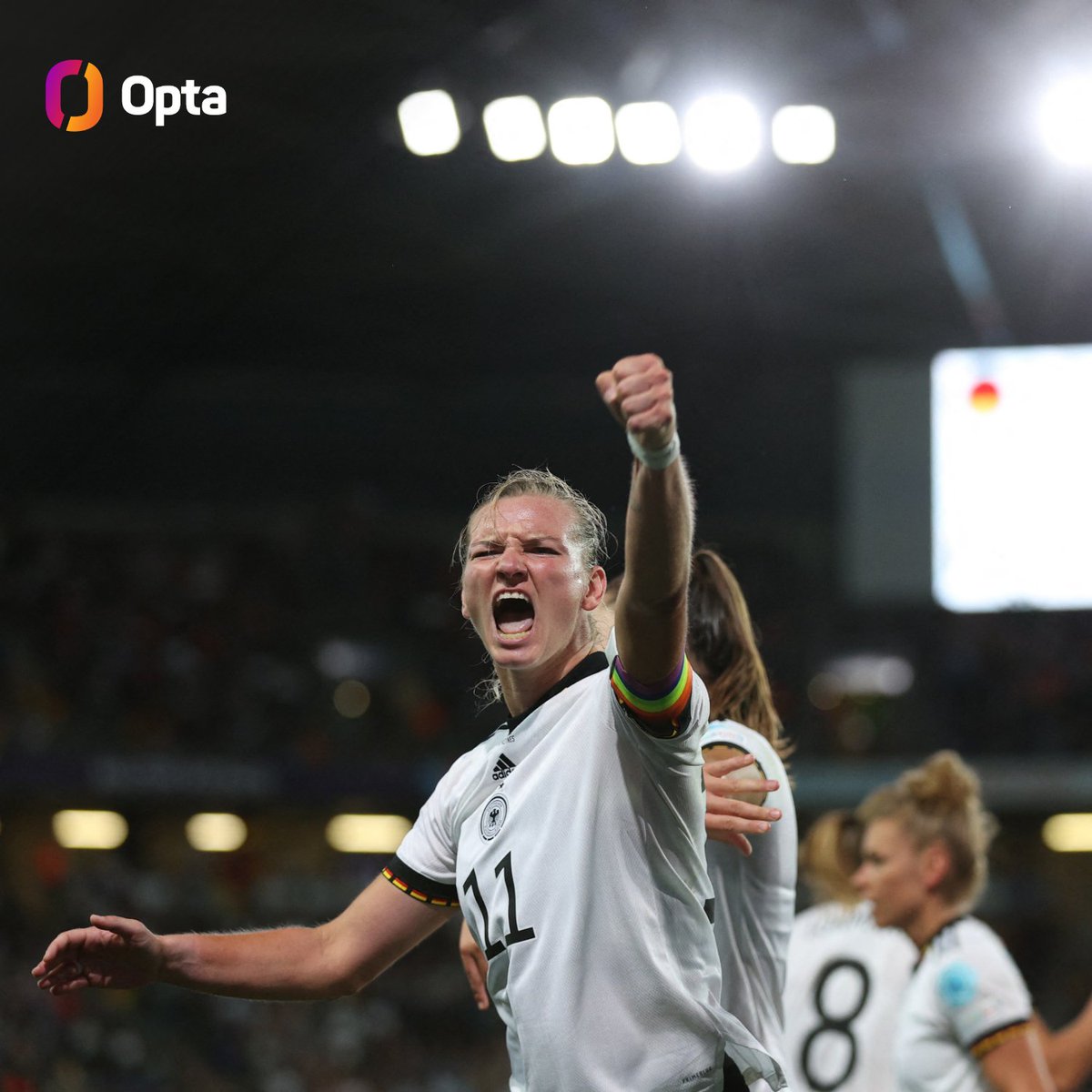 Renard climbed highest at the back post just after the hour mark but she was denied by a wonderful instinctive save from Frohms. Diani was a box of tricks on the wing and capitalised on a defensive lapse but her shot was straight at the goalkeeper. The French were asking all the questions and their set piece threat was apparent.

But then, against the run of play, Popp produced again. She leapt highest in the box to power home a phenomenal header for her sixth of the tournament and put one German foot into the final at Wembley.

Popp has become so intrinsic to everything that Germany do, and if they win this tournament on Sunday, she will have dragged them almost single-handedly to the trophy. England await, and it will provide a spectacular finale to what has been a ground-breaking tournament.