Football
News
Despite a strong start, the world's most expensive defender is regressing
Graham Ruthven
14:01, 04 Jan 2020

The £80 million fee Manchester United paid for Harry Maguire in the summer was illustrative of just how desperate they were for a centre back in his mould. Not since the days of Sir Alex Ferguson had there been a commanding, physical presence at the heart of United’s defence. Leicester City were aware of this desperation and hiked up the price accordingly.

Maguire might not have been worth £80 million, a fee big enough to make him the most expensive defender in history, but he was one of the best in his position in the Premier League. He’d backed up his impressive displays for England at the 2018 World Cup with a strong season for Leicester City. Maguire was certainly an improvement on what Man Utd had.

That might no longer be the case, though. Maguire started the season strongly, offering the sort of calming influence United had lacked for years at the back, but he too seems to have been infected by the defensive rot that has afflicted so many before him. His shaky performances of late have been demonstrative of this.

Against Arsenal on New Year’s Day, the 26-year-old was especially vulnerable. Renowned as a good passer of the ball from the back, Maguire was a source of many of United’s problems as Arsenal’s high press flustered him. He was at fault for the first goal, stepping up too late and allowing Saed Kolasinac to stay onside and deliver the cross for Nicolas Pepe to score. It wasn’t exactly the performance of an £80 million centre back. 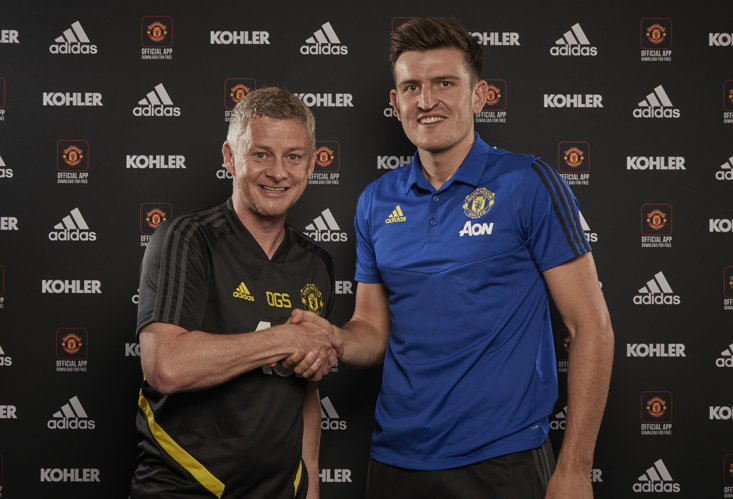 Despite a solid start for Man United, Harry Maguire is now starting to regress

“They played with more aggression, more intensity and they pressed us better,” Maguire said after the loss. “So we've got to go back, work hard, improve. It was disappointing to go in 2-0 down at half-time because we should have weathered the storm, especially not conceding from a set play. When we're not playing great we've got to do the basics well and doing the basics is heading the ball out of your box and keeping the ball out of your net.”

Man Utd’s current first-choice defence was assembled for no less than £188 million. Maguire, Victor Lindelof, Luke Shaw and Aaron Wan-Bissaka were all signed as promising, young defenders and yet with the exception of the latter, who has been a bright spark in an otherwise dull season, they have each regressed.

There is something about the environment at Old Trafford that just isn’t conducive to the success of defenders, even ones as good as Maguire. Signed to be Manchester United’s Virgil Van Dijk, the England international risks becoming just another example of the club’s inability to provide a platform to talented players, particularly those of a defensive persuasion. Far from being the exception, Maguire is starting to prove the rule.