Motorsport
News
The Hamilton Commission has made ten recommendations in its first report on the representation of black people in motorsport
Conor Keane
15:03, 13 Jul 2021

Formula One history chaser Lewis Hamilton says he is committed to helping implement the changes required to make motorsport more diverse and, if successful, believes that it will be “the most valuable” thing he has achieved in his career.

His commission report recently released its findings and recommendations to increase the representation of black people in engineering and Hamilton said that he hoped the findings of the study would become part of his legacy.

The Hamilton Commission was established by the seven-time world champion alongside the Royal Academy of Engineering last year. The report was published following ten months of research into the obstacles faced by black students advancing into careers within engineering and subsequently into the motorsport industry.

The Commission was co-chaired by Hamilton and Dr Hayaatun Sillem and the pair worked with a board of 14 commissioners. The report states that “factors within wider society, some of which are systematic in nature, as well as practices within Formula One have been identified as contributing towards a situation in which only one percent of employees in Formula One are from black backgrounds.”

“While I have enjoyed a successful career in motorsport, it's been a lonely path as one of the few black individuals within Formula One and, after 15 years of waiting for the industry to catch up, I realised I had to take action myself,” Hamilton said.

"In order to do that, I needed to understand what was preventing the industry from being as diverse as the world around it.” 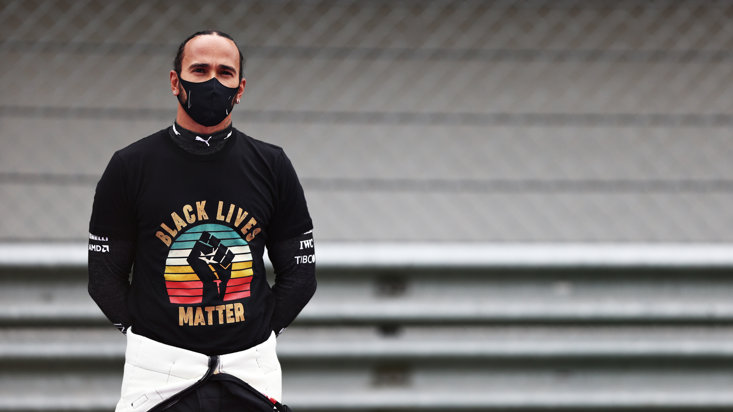 The recommendations themselves include asking F1 teams and other motorsport organisations to implement a diversity and inclusion charter, broadening access by expanding the apprenticeships provided, establishing a new exclusions innovation fund, and calling for additional STEM activity support to be provided to supplementary schools led by black community groups across the UK.

“Given the right opportunities and support, young people can excel at whatever they put their minds to, but our research shows that many young black people are being closed out of opportunities within STEM, and having their full potential limited,” Hamilton added.

"Through the Commission's research, we can see there are clear meaningful steps the motorsport industry needs to take towards creating a more inclusive environment where diversity can thrive but also that we must tackle the barriers facing Black students that exist throughout their educational journey.

“Some of these barriers I recognise from my own experiences, but our findings have opened my eyes to just how far-reaching these problems are. Now that I'm armed with the Commission's recommendations, I am personally committed to ensuring they are put into action. I'm so proud of our work to date, but this is really just the beginning."