Horse Racing
News
The countdown to Cheltenham takes us to Sandown and Wolverhampton
Matt Hulmes
14:00, 12 Mar 2021

With the festival just a few days away now, it is a nervous time for connections to keep their charges fit and well ahead of the big targets.

Sadly, a couple do fall by the wayside, and this morning leading contenders Energumene (Arkle) and Thyme Hill (Stayers’ Hurdle) were both ruled out of next week through injury. Fingers crossed no others will follow suit.

Anyway, it is the final weekend to bolster the Cheltenham coffers with ITV action at Sandown and on the all-weather at Wolverhampton.

We will start at Sandown with their Imperial Cup meeting, and the Imperial Cup itself, as I like three in the big race.

First up is LANGER DAN for Dan Skelton. He finished sixth at last year’s Cheltenham festival off a mark 5lb higher than he will run off this weekend. He had an excuse for his seasonal debut effort when he lost a shoe, before the 2m 4f trip proved too far at Plumpton next time. He caught the eye at Market Rasen when staying on into fourth, and I imagine the Skeltons may well have a bash at the £50k bonus up for grabs for winning this race and any at the festival (he has an entry on Friday).

The second cab off the rank is the 2019 winner MALAYA. She returns here 2lb lower than that success and, although she has not tasted victory since, there have been some solid efforts. She was runner-up at Ascot on seasonal debut and threatened over 2m 4f last time there before weakening in the home straight. We know she acts well here, and it was bottomless 12 moths ago when trying to defend her title. Bryony Frost is on board, just as she was on that excellent seasonal debut effort, and Malaya is worth an each way play at double-figure prices.

Finally, I cannot let Emma Lavelle’s HANG IN THERE run unbacked as he just looks like a ridiculously well-treated horse. He won at Cheltenham at the beginning of last season and was sent off just 4/1 for the Tolworth Hurdle over this weekend’s track and trip but was well held on soft ground. He then fell when still in contention two out behind Shishkin at Huntingdon this time last year.

His form this season has not been great admittedly, but he is down to an attractive mark and this is the first time he will have had a two-mile trip and decent ground since that Cheltenham victory. At 20/1+ he must go in the staking plan. 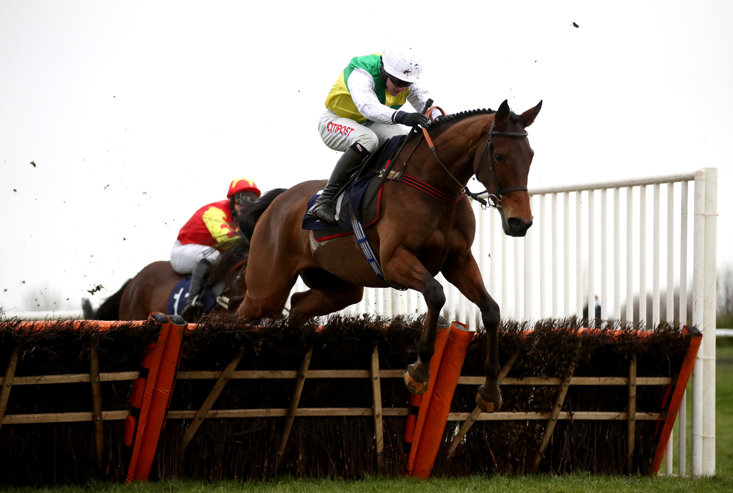 By the time that race is run, I am hoping Lavelle will be on the board courtesy of SAM BARTON in the 1.50. this race has been won by some nice horses in previous years, staying chasers in the making, and one owner who excels with those types is three-time Grand National winning owner Trevor Hemmings. Many Clouds was second in this race a few years ago, and Sam Barton carries his famous green, yellow and white silks here. Despite his greenness, he won very nicely at Doncaster six weeks ago, beating the talented but frustrating The Edgar Wallace, staying on strongly to the line, and I can see him devouring the stiff finish here when others are wilting.

Martinhal and Karl Phillipe, first and second recently at Exeter and both winners since, are respected, but at a double figure price, Sam Barton must be the pick.

Later on the card at Sandown, I will be keeping my eye on FARINET in the 3.35. He looked like fading away on his British debut at Haydock recently, but stuck to his task gamely and was staying on well at the finish. With that run under his belt, his first for eight months, the stiffer finish here and a light weight, I can see him running well at a nice price too for Venetia Williams.

Hopefully, we still have a little cash left for the lucky last. THE RUSSIAN DOYEN was nibbled at in the market last week on his first start for Jeremy Scott, but a sloppy jump early on saw Nick Scholfield exit stage left and his race was up. He ran riderless for a while ,so the freshness will be removed and in this weaker race the very well handicapped 8yo can go close if the stable switch has perked him up as he had some excellent hurdles form a couple of years ago as well as finishing fourth to A Plus Tard at the 2019 festival. 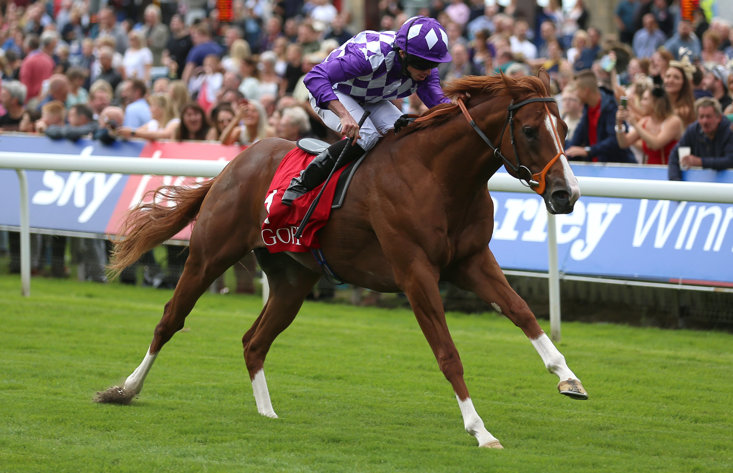 The turf flat season returns at the end of the month, and Wolverhampton stages a good card in anticipation of that on Saturday.

The Listed Lady Wulfruna Stakes can go to MUMS TIPPLE under Ryan Moore. It seems a long time since he won at York by 11 lengths over six furlongs and he never really ran a race last year, although was highly tried, starting off in the 2000 Guineas. It was a much better effort though five weeks ago at Lingfield, when getting no run at all and beaten by less than two lengths. He is back up to seven furlongs here and must prove he stays, but Ryan Moore is aboard, and he remains a horse of potential under the right circumstances. Tomorrow may just see the start of that.

In the Lincoln trial at 2.40, I am going to take a chance with ON A SESSION. This will be his first start for David Barron since heading over from Ireland for €70,000, and he was last seen running two good races at the Galway Festival. He has been dropped a couple of pounds by the British handicapper, has an entry in the Lincoln itself and I think he is worth chancing to at least hit the frame in a competitive contest.

Fingers crossed these will help to boost the bank ahead of next week at Cheltenham.

Good luck and enjoy the action.