City finished just two points behind reigning champions Chelsea last season and both were expected to challenge again this season, albeit in a league that seems to improve drastically with every passing campaign. However, while the two sides only tasted defeat once apiece throughout the entirety of last season, they have both already faced losses this term.

Chelsea, who are bidding to win their third consecutive WSL championship, and fourth in five years, were beaten on the opening day against current league leaders Arsenal, but while they remain three points behind the Gunners, who are resurgent under new boss Jonas Eidevell, Emma Hayes’ side have since gone ten games unbeaten in all competitions, winning nine. The Blues might not be at the summit at the present, but they’ll undoubtedly be pushing Arsenal to the bitter end.

For City though, things have been a little more sour. After just six games, Gareth Taylor’s side have suffered three-times as many defeats as they had across the whole of the last season and find themselves marooned in 7th, five points behind the top four and a whopping 11 behind the league leaders. Simply put, Sunday’s clash at the Manchester City Academy Stadium is a must-win if the Cityzens want to get that title challenge back on track. 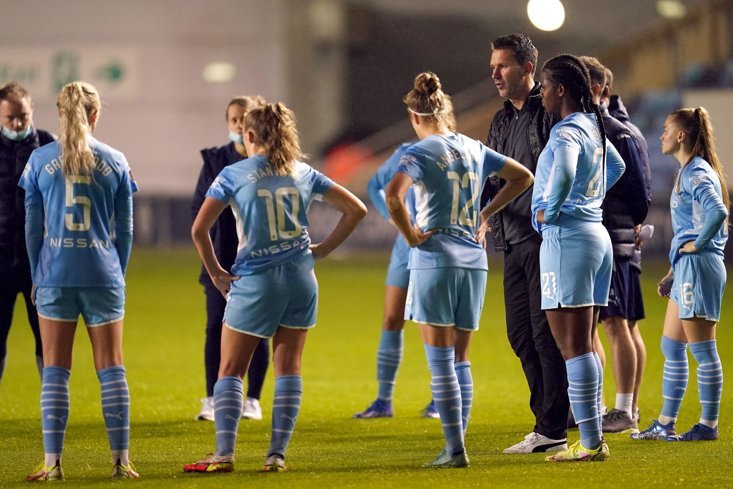 City have been decimated by injury problems this season, condemning them to their worst ever start to a WSL campaign. Chelsea have had the edge over City in recent fixtures too, remaining undefeated in the last seven meetings, winning five, including last month’s FA Cup semi-final. But ahead of this weekend’s meeting Taylor insists he and his team aren’t looking for payback.

“We’re coming up against one of the best teams in the division,” he told the club website.

“They’re very strong on all fronts. It’s a tough challenge but if we stick to our principles we have a really good opportunity.

“We know we’re playing a good team who are ahead of us in a few transfer windows The strength and depth they have is superior to ours.

“Winning on Sunday drags us closer to Chelsea - it’d be five points, which isn’t a huge amount at this point. It’d be a big shift for us.

“It’d be a real statement - not revenge but an opportunity. Our challenge is to keep the players grounded, humble and believing in what we do.”

Man City are 13/5 to triumph on Sunday afternoon with Betfred, while Chelsea are the 4/5 favourites. The draw can also be backed at 13/5.