Football
News
After a sensational debut season in the Premier League, Portugal's Ruben Dias will be looking to bring his Man City form to Euro 2020
Hector Nunns
22:02, 11 Jun 2021

Ruben Dias is a born winner and leader – and the Manchester City star now takes that into Portugal’s European Championship defence.

The 24-year-old has enjoyed a simply sensational first season in the Premier League after a £64million move from Benfica last summer.

Dias may not have the armband for Portugal as they tackle the ‘Group of Death’ also featuring world champions France and Germany – that honour will remain with the 36-year-old Cristiano Ronaldo. But no one doubts the double Player of the Year winner in the Premier League will be just as important - organising and marshalling coach Fernando Santos’s defence.

Dias, who won both the Premier League and Football Writers’ prizes, helped City to the best defensive record in the division and picked up league title and Carabao Cup winners’ medals. Defeat in City’s first Champions League final to Chelsea was a huge disappointment – but there is still one more major piece of silverware to play for.

Dias said, “Since I’ve started playing football, I have always been focused on win, sometimes to win at almost any cost.

“I’ll do what I have to do, if I have to do it. If I need to shout to someone, or to motivate and unite everyone around me, I will.

“Early in my career I was confident I would become a forward, a striker. But after playing there, when my team had problems, I wanted to get back to defence.

“I wanted to help us avoid seeing the opponent get more goals. That sums up what I am about: I can’t stand to see my team losing.” 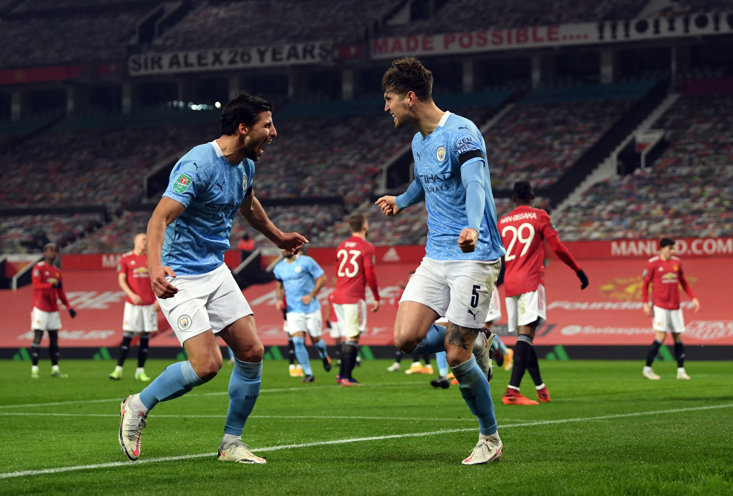 The citation for the Football Writers’ award mentioned Dias’s strength, determination, will to win, leadership, and exceptional anticipation and reading of the game. He will need all of those qualities against the likes of Kylian Mbappe, Karim Benzema, Timo Werner and Kai Havertz – but Dias is also an avid student of the game.

He added, “When my girlfriend says ‘Are you going to watch another match on TV?’ I joke with her ‘Let me read some more pages from my book’.

“There are always things to learn, a match moment that requires analysis, to understand how a team scored or conceded a goal.

“From a young age my father instilled in me the desire to know and learn more and more, and to watch a game not as an entertainment show but as a case study.

“I haven’t learn from two or three players, I did it from 20 or 30. It has always been like that, and it’s going to continue to be like that forever.”

Joao Cancelo is another of Manchester City’s ‘Three Amigos’ in action for Portugal this summer along with Bernardo Silva.

And speaking to Diário de Notícias he said: “Rúben transformed the way we all think and each one of the players concentration levels. He’s a natural born leader.

“Rúben has it all: a strong personality, leadership and a spirit of trying always to help his team-mates, mostly even the ones who do not play Sundays on a regular basis.

“In such a short period of time, he showed he has captain’s blood in his veins.” 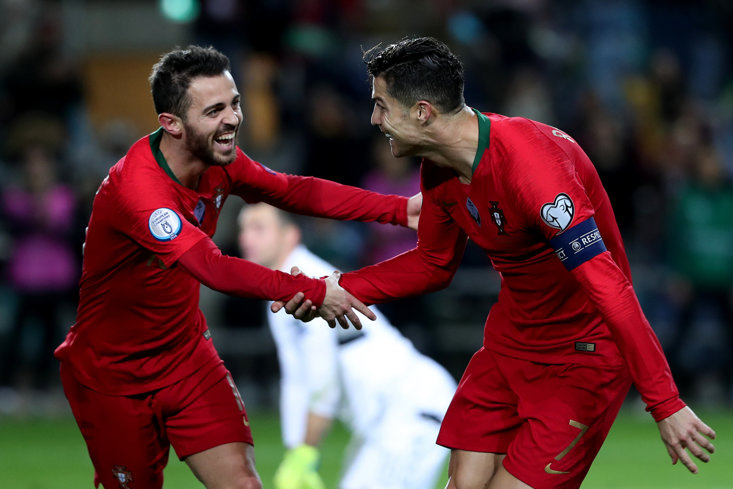 Manchester City head coach Pep Guardiola thought he knew what he was getting for his money – but even he has been taken aback by the way Dias has assumed such responsibility.

Guardiola said, “The leadership shown was unexpected honestly, we knew about his quality but you never know what will happen.

“The manager doesn’t give you the role of a leader, it comes from inside in a natural way, if it’s not real he won’t be it and people realise it.

“When the defender plays just by himself it’s a problem, but Ruben is always thinking about his partner in central defence, holding midfield, even the wingers.

“He will improve, he listens, he admits bad moments and enjoys and shares good moments with his mates.”

Portugal open up their campaign against Hungary in Budapest on Tuesday in a match they will be desperate to win with the two other huge clashes to follow.