Football
News
The strike partnership between the Chelsea stars is reminiscent of Dwight Yorke and Andy Cole
Simon Lillicrap
08:00, 21 Apr 2021

Manchester City host Chelsea on Wednesday night as first take on second in the Women’s Super League, and all eyes will be on that fearsome Blues duo of Fran Kirby and Sam Kerr once again.

One of the most satisfying sights in football is seeing a well-oiled strike partnership. For Manchester United fans, the sight of Andy Cole and Dwight Yorke linking up together is enough to send shivers down their spines - I mean, who can forget that goal against Barcelona in 1999?

Thierry Henry and Dennis Bergkamp put together some of the finest football the Premier League has ever seen as Arsenal’s Invincibles went unbeaten in 2003/04 while Niall Quinn and Kevin Phillips have forever etched their names into the history of Sunderland.

Now, in the Women’s Super League, another strike partnership is causing chaos. Fans expected big things when Sam Kerr joined Chelsea in 2019, and with the Covid-19 pandemic, they’ve had to be patient, but are now reaping the rewards. 17 goals in 19 games for the Australian is impressive enough a sole statistic, but it has been her link up play with English forward Fran Kirby that has really caught the eye.

“I understand her, she understands me, and if they are not marking Fran, they are marking me, so she is free,” Kerr said. “It is just one of those things that works.”

In the league, Kerr has five assists to add to her goal tally, while Kirby has bagged 14 goals and ten assists. Incredible numbers that have taken Chelsea to within reach of the quadruple. 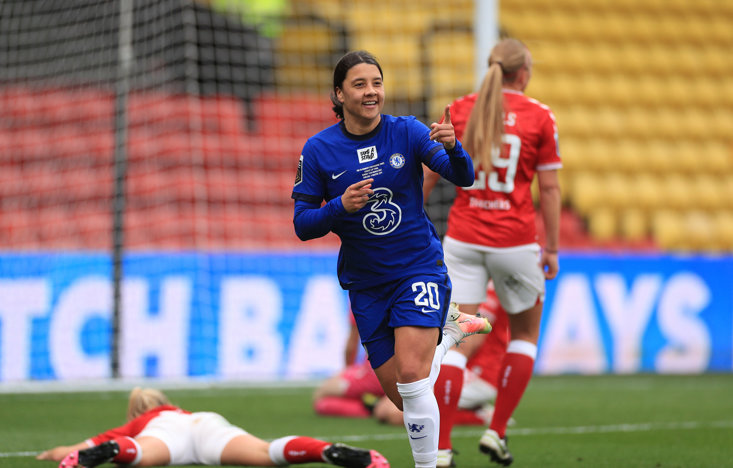 Chelsea manager Emma Hayes, who has managed to get the best out of the duo commented, “How do you define chemistry between people? It’s not that you can describe it in any which way, it just is, it works.

“They are yin and yang – one goes one way, one goes the other. Some call it telepathy, some call it chemistry, some call it a brilliant partnership. Yorke and Cole, I think about those two and I think of Kerr and Kirby.”

Kirby’s game has improved no end since working alongside Kerr and her pace and direct running can penetrate any opponent while Kerr is a masterful finisher in the box. This week, it will be Manchester City’s job to stop them, with Lionesses Lucy Bronze and Alex Greenwood likely to be tasked with the unenviable task of keeping the duo quiet. At right-back, Bronze has been an attacking outlet for City and England all season but perhaps it is her defensive capabilities that will be questioned here as Chelsea look to move five points clear of their title rivals. 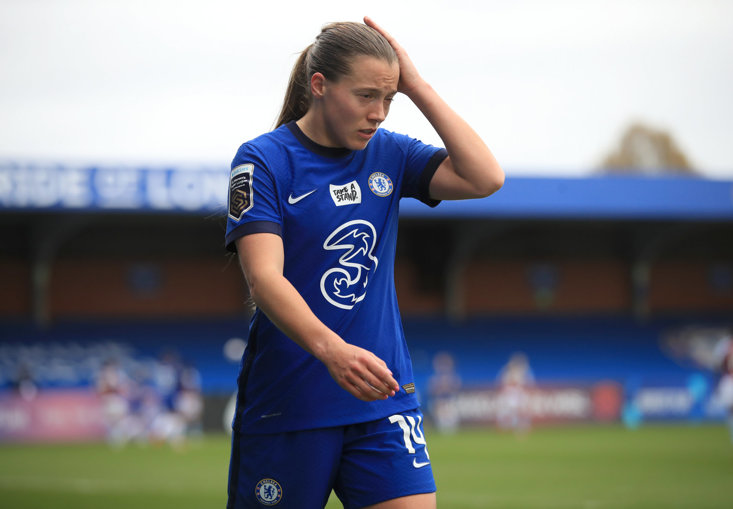 Manchester City v Chelsea feels like winner takes all. In the biggest games, the big players have to step up. In the reverse fixture, Chelsea handed City their only loss of the campaign to date, as Kerr and Kirby both got on the scoresheet in a 3-1 home win. That win gave Chelsea the initiative but City have come back fighting and closed the gap to just two points. The title race could be settled on Wednesday night and Kerr and Kirby simply must produce as Chelsea look to hold off the biggest contenders to their throne.