Football
News
Some critics say United have given up on this season, but Chelsea have won trophies with three different interim managers.
Joey Mills
07:00, 28 Nov 2021

Manchester United have got their man, as Ralf Rangnick appears to be on the verge of taking over as interim manager. While the appointment has been widely-praised, and with good reason, there has been criticism over the broader decision making. Many have questioned why the Old Trafford club are bringing in an interim manager at all, rather than focusing on a permanent replacement for Ole Gunnar Solskjaer. But this weekend they will meet a club who have experienced success with temporary coaches, when they travel to Stamford Bridge to face Chelsea.

The west London club have appointed three interim coaches under owner Roman Abramovich, and each one has landed a major trophy during their spell at the club. Guus Hiddink was managing the Russian national team when he got the call to clean up the mess left behind by Phil Scolari in February 2009. The Dutchman lost just one of his 22 games in charge, taking the club to the semi final of the Champions League. They drew both games with eventual winners Barcelona, and only went out on away goals. Hiddink went one better in the FA Cup, winning the tournament with a 2-1 victory over Everton.

The players and fans implored Hiddink to stay, but Hiddink wanted to keep his word and continue his duties with Russia. Chelsea’s fans would at least partly get their wish though, as the former PSV Eindhoven coach would return in 2015. Once again brought in to fire-fight after the departure of a fiery previous manager, this time Hiddink would be tasked with rejuvenating a team Jose Mourinho had left sat 16th in the table. Hiddink turned the trick again, helping Chelsea climb to 10th position, and embarking on a twelve-match unbeaten run, a record for a new manager.

In between their two brief encounters with the legendary Dutchman, Chelsea had success with two other temporary appointments. Club legend Roberto Di Matteo had been Andre Villas-Boas’ assistant, but was promoted to the big job for the rest of the season after the Portuguese coach was sacked. Unbelievably, the man whose previous managerial experience came at Milton Keynes Dons and West Bromwich Albion became the first Chelsea boss to lift the Champions League trophy. The Italian also led Chelsea to an FA Cup triumph, and Abramovich had no choice but to appoint him permanently, though it was reported this was reluctant on his part. 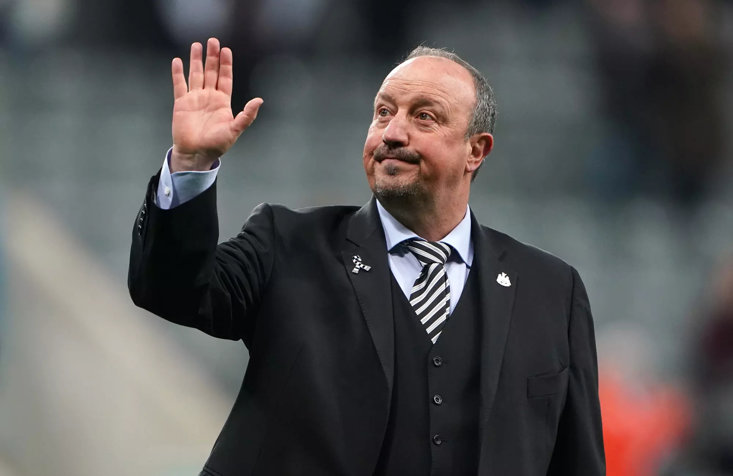 Unfortunately, the dream could not last. Di Matteo faltered the following season, and was sacked after a 3-0 loss to Juventus effectively eliminated them from the Champions League. On the very same day as his dismissal, Chelsea appointed Rafael Benitez as interim manager for the rest of the season. The appointment was an unpopular one among supporters, due to some derogatory comments Benitez has made while at Liverpool. The Spaniard had said he would never manage Chelsea, and criticised their fans. Amidst fan protests and unrest from Benitez over being dubbed an ‘interim’ appointment, Chelsea managed to secure a top-four finish. They also won the Europa League, making the bitter episode a qualified success, even if it is one the fans at Stamford Bridge would rather forget.

There is another parallel United can draw between their own situation and what is unfolding at Chelsea. While not a temporary appointment, Thomas Tuchel replaced Frank Lampard mid-season last year. Not only did he arrest the decline that had set in, he galvanized the players and implemented his tactics quickly enough to win the Champions League. Now, his side sit on top of the Premier League table. Proof positive that a change of manager mid-campaign is not a case of “writing off the season”. And who does Tuchel credit with teaching him the central tenets of his football philosophy? That would be Manchester United’s new interim manager, Ralf Rangnick.

By not appointing a permanent coach as Solskjaer’s immediate replacement, they are not throwing the towel in for this season. They are giving themselves the time and space to make an informed appointment to take the club forward long-term. Signing up a coach with the experience and clarity of vision that Rangnick has, rather than letting Michael Carrick or Darren Fletcher take charge of the side for an extended period, is actually a show of ambition. Interim managers can work. This weekend, United will face a team that has proven that multiple times.

Man United are 5/1 to beat Chelsea with Betfred*