Football
News
The United captain is coming off a poor season, but he isn't to blame for the fall of the Red Devils
Joey Mills
12:11, 20 Jul 2022

The good news continues at Manchester United. New manager Erik ten Hag has secured the signings of Tyrell Malacia, Christian Eriksen and Lisandro Martinez. On Tuesday, the club won their third pre-season game in a row, beating Crystal Palace 3-1 at Melbourne Cricket Ground. But the spectre of last season’s failings still hung over the coastal capital Victoria. Captain Harry Maguire was vociferously booed by sections of United fans every time he touched the ball. Even as a brave new dawn breaks over the club, some fans are still clinging onto their dark night of the soul.

Maguire has long been a lightning rod for fan discontent. Despite the fact he had two solid seasons at Old Trafford before last season’s disappointing campaign, many United supporters treat him like the central cause of their team’s problems. Maguire did not cover himself in glory last season, but nobody did beyond Cristiano Ronaldo, David De Gea and perhaps Anthony Elanga. The 29-year-old was far from the worst performer in a team that floundered its way to their worst ever Premier League points total and joint-worst league position since 1990.

Maguire has received similar abuse even when his performances have been better than they were last year. The £80 million fee it took to lure him from Leicester City is a sticking point for many Reds, particularly online. Of course a fee that made Maguire the most expensive centre back in history would always invite scrutiny. But the United skipper did not put that price tag on himself. No, his displays have not been superior to the likes of the £5 million-cheaper Liverpool centre back Virgil van Dijk. But they also haven’t been the William Prunier-level disaster area some MUFC extremists make out.

The actions of the fans in Australia does feel like a case of copying the abuse they have seen for Maguire online. Maguire has occasionally been subjected to the odd jeer at Old Trafford, but never in a targeted way that singled him out from his teammates. It is the online world within which Maguire is made a pariah, where the mere mention of his name is shorthand for United’s shortcomings. 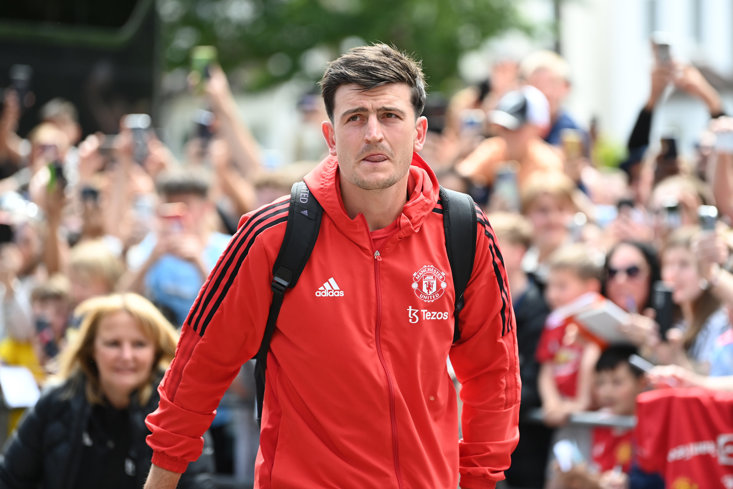 The truth is that United’s galling collapse had very little to do with Maguire as an individual. Sure, he made mistakes, and some of those mistakes led to goals. But the England star was not responsible for signing the potentially disruptive influence of Ronaldo. He played no part in the decision to callously chuck manager Ole Gunnar Solskjaer while having no plan to replace him. Maguire did not appoint interim manager Ralf Rangnick, a talk-before-action annoyance who looked woefully out of his depth. Even in the one area Maguire actually gets paid to operate, the pitch, you’d struggle to name him in the ten worst United players of last season.

Harry Maguire is an easy scapegoat. Whether it is his often-mocked physical appearance, his no-nonsense style that doesn’t lend itself to YouTube compilations or his captaincy making him a lightning rod, a toxic portion of the fanbase have made him their first port of call for abuse. The same fans calling for Ten Hag to be given faith and time were tweeting #TenHagOut in the wake of the Dutch coach keeping Maguire as club skipper.

The truth is Manchester United’s decline was underway before Maguire signed in 2019. The defender is coming off a poor season, but so are many of his teammates. If United fans are serious about the club’s new era, they too must turn over a new leaf and start to back their captain.