Football
News
With the manager on the brink of a new contract, it's becoming clear that this is the best United have been since 2013
Simon Lillicrap
21:40, 14 Mar 2021

These are the games where you can see Manchester United have changed. For so long in the post-Ferguson era they would have been frustrated by a team such as West Ham at Old Trafford, yet under Ole Gunnar Soskjaer this United side are finding a way. It wasn’t pretty, it took an own goal and some heroic defensive efforts, but Solskjaer's side got all three points with a 1-0 win and now surely will be playing Champions League football next season.

As the Norweigian boss sits on the brink of signing a new contract worth £9 million a year, it is clear this is the best United have been since 2013. We have seen how strong Marcus Rashford and co can be on the counter-attack against possession-based sides but perhaps gaining all three points against a side who were willing to sit in and fight is even more impressive. This isn’t ‘rock and roll’ football, but winning football and a clear sign of progression for Solskjaer, who is going from strength to strength in the United dugout.

Harry Maguire put in a heroic display at the back, blocking a couple of good West Ham chances, including diving in front of Tomas Soucek in his own penalty area. Bruno Fernandes may have been the star man for United this season and won them so many points, but under Solskjaer, United have found their backbone. A clean sheet today, their fourth in a row in the league, will be perhaps even more satisfying than any other rampant win. 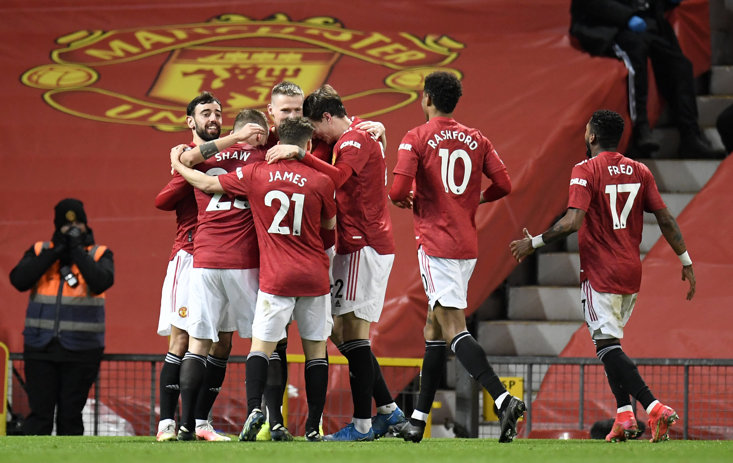 Their rivals from across the city may have romped to the Premier League title this season, but defence wins titles and if United can replicate this form next season, they will go close to title number 21. Solskjaer has got this team fighting for every point and even though a 1-0 win over West Ham may not last long in the memory for the neutrals, it encapsulated the progression that has been made under the Norweigian boss.

“We know West Ham are challenging to get in the top four so it was a big result and we kept a clean sheet again,” he said after the game. “The experience and confidence will come. Big week - Europa League and FA Cup - so we're looking forward to it. Hopefully get a few players back and put a good performance in."

This game could’ve been more comfortable for the hosts with Lukasz Fabianski, as ever, on top form, tipping Mason Greenwood’s effort onto the post in the first half before he made another excellent save from Bruno Fernandes in the second. It was his own defender who eventually beat the Polish keeper however, as Scott McTominay jumped in front of him at a corner and the ball went in off Craig Dawson’s head.

West Ham opened up on the hour mark, chucking on Said Benrahma and Manuel Lanzini as they went to a more adventurous 4-2-3-1, but they couldn’t test Dean Henderson in the United goal, who performed well after his Milan mistake in midweek. Greenwood, given another start by Solskjaer broke away with pace late on but saw his powerful left-footed effort rebound back off the post as United attempted to seal all three points on the break, something that clearly plays to the strength of this pacy United front line.

Luke Shaw impressed again as Maguire marshalled the back line to see the game out, dealing with the difficult Michail Antonio who has run defenders ragged this season. In fact, the entire defensive performance tonight was wholehearted and committed. The players are fighting for the shirt, the squad is growing in depth and most importantly Solskjaer has the respect of every one of his players.

Solskjaer’s new contract will be signed with a smile but behind the smile he is building something serious. Next season could bring glory back to Old Trafford, and it starts with those clean sheets.