Football
News
It doesn't have the shine it used to but the game still offers top entertainment
Elliott Bretland
09:00, 01 Nov 2020

Manchester United versus Arsenal. You read the fixture and what do you think of? Roy Keane and Patrick Vieira kicking lumps out of each other, maybe? Perhaps Sir Alex Ferguson and Arsene Wenger pecking at each other on the touchline? Ryan Giggs ripping through the Gunners defence (and that hairy chest, of course) or Thierry Henry slaloming in between the Red Devils’ rear-guard.

It’s history. The fixture is steeped in narrative but today, it acts as a ruin, a relic of the Premier League era gone by. We can big it up as much as we like, as can the many broadcasters around the globe, and yes, on paper, it is one of the biggest matches of the year but, to many, it’s just another game these days. Sure, it’s a game between two of the biggest and most successful teams in English football, but it’s not what it was. But maybe that’s ok. Maybe it’s not the blockbuster clash we would be spoiled with incessantly during the late nineties and early 2000s but it still has a lot to offer. 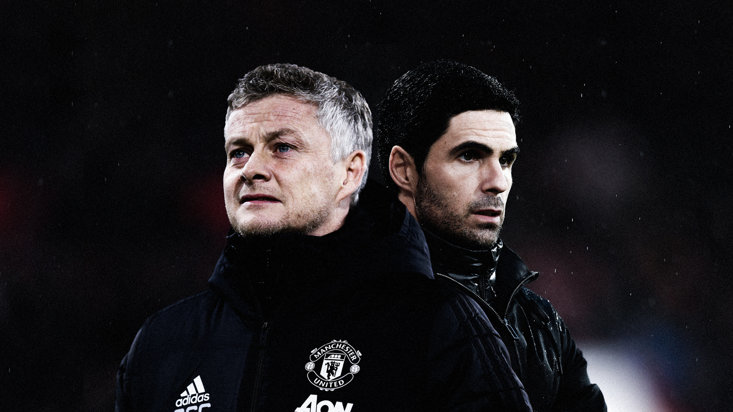 United are stuttering in the Premier League, flying in the Champions League and Marcus Rashford is a hero to all. Meanwhile, at Arsenal, their Thomas Partey party was dampened by a home defeat to Leicester but the new era under Mikel Arteta, what feels like a real fresh start following Arsene Wenger’s departure after 22 years with the club in 2018, is ticking along and improvements have slowly been made.

Both these clubs are a work in progress, which just adds to the drama on offer. Both attack with verve, energy and lethal finishing, but they can be an absolute calamity at the back and goals are likely at Old Trafford on Sunday. Halloween may have been on our minds on Saturday night but a horror show in front of either goal wouldn’t come as a shock to anyone.

The fans still despise each other, but on the pitch it will be a laid-back affair compared to the blood and guts battles of days past, of the Arsenal team bullying Ruud van Nistelrooy, or Manchester United running riot at Highbury, and compared to those classics the quality on display just isn’t the same either.

So yes, maybe it has lost its sparkle and it’s needle. Perhaps the characters are few and far between in this story these days. But don’t lie, you’ll be watching when the two teams march out under the lights at the Theatre of Dreams, won’t you? The magic of yesteryear can still be found.