Football
News
It is a summer saga the club simply could have done without
Kris Voakes
14:05, 26 Jul 2022

Sideshow Ron is at it again. More than three weeks after his teammates returned to Manchester United training, Cristiano Ronaldo finally rocked up at Carrington on Tuesday alongside his agent Jorge Mendes with the world’s media following his every move ahead of ‘showdown talks’ with new boss Erik ten Hag.

He never just blends in, does he? He wasn’t part of the group that returned on July 4 after the summer break. He wasn’t on the plane with the rest of the squad when United headed off for their pre-season tour. He made not one appearance in Bangkok or Melbourne or Perth as his teammates got vital minutes into their legs.

Where was he, exactly, when Anthony Martial, Marcus Rashford, Jadon Sancho et al were proving their ability to work to the preferences of new head coach Ten Hag? Well, we were originally told he had been excused by United for “family reasons”, but he has since taken to social media to show himself completing solo training in the gym and hanging out with friends alongside the slogan ‘Work done’.

But what work has been done really? Has he spent the last few weeks proving to Ten Hag that he can fit into the Dutchman’s preferred system of ‘pressing all day’? No, he hasn’t. Has he taken the opportunity to mend apparent rifts between himself and other senior squad members? No, he hasn’t. Has he done anything to show Manchester United fans that he’s committed to the club at a time when there’s been talk of him offering to take a 30 per cent pay cut to get out of Old Trafford? No, he most certainly hasn’t.

Less than 12 months on from being on the verge of signing for Manchester City only to accept a last-ditch, mega-money deal from United, Ronaldo is again showing he doesn’t actually care much for life at Manchester United. Are you not bored by the whole circus, United fans? 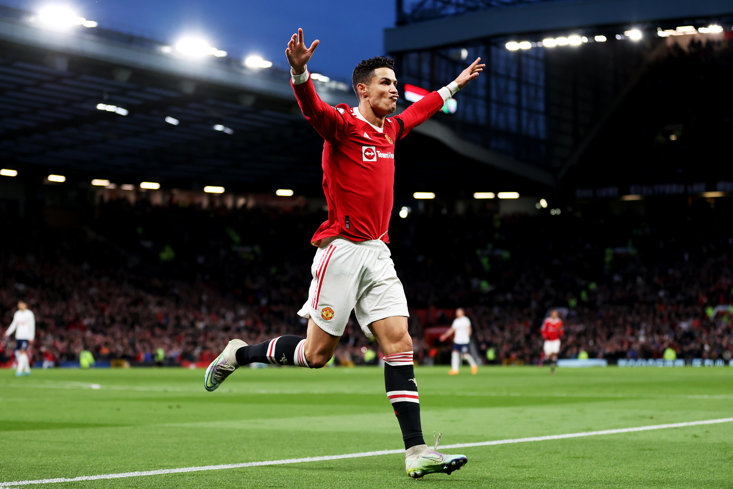 Like an estranged partner being persuaded to give a relationship one last go by a needy phone call, Ronaldo ended up back at Old Trafford only because Sir Alex Ferguson begged him to. And now that it’s clear that neither party truly loves each other anymore, any public attempts to claim otherwise seem increasingly pathetic. Only, right now, Ronaldo isn’t even pretending. He wants out, and he’s spent the last three weeks doing his level best not to be anywhere near Manchester United.

His ’talks’ with Ten Hag on Tuesday were the type that don’t take place with any other player returning to training. Most normal footballers turn up, get on with training and chat idly with the manager about plans for the coming season without all the pomp and ceremony. But Ronaldo has seemingly become bigger than the club, at least in his own mind and the minds of pathetic twerps on the internet who declare undying love for a guy who blatantly has no interest in pulling on the red shirt again.

If Ronaldo is to play for Manchester United this season it’s because he’s out of options elsewhere. Nobody else wants him enough to take on the salary and the celebrity sideshow that comes hand in hand with employing a player who has lit up the modern era. And if Ten Hag is to select him in 2022-23, it is likely against the better judgement of a man who wants his side to work themselves into the ground off the ball in a way that Ronaldo couldn’t demonstrate at 27, let alone 37.

This is a remarriage made in hell. Ronaldo’s 24 goals in 2021-22 did nothing to save United’s season, and now that they find themselves in the Europa League – at least in part because of a willingness to change their approach to suit him – the Portuguese can’t get out quick enough.

It is a summer saga the club simply could have done without. This was meant to be a blank slate, with Ten Hag given the opportunity to rebuild from top to bottom. But instead the former Ajax boss has spent his entire reign so far fielding questions on the squad member who has shown the least interest in donning the shirt rather than those players who have put in the real work over the past few weeks.

The best thing that can happen for Manchester United now is that somebody else is daft enough to save them from another year of this same boring storyline. Just like Neighbours, Ronaldo is a 37-year-old soap opera which has served its purpose. Now it’s high time Ten Hag and the players who actually give a crap about the club are allowed to get on with the job of making the club united again.