Manchester City broke down a resolute Peterborough United to secure their place in the quarter-finals of the FA Cup with a 2-0 win. Pep Guardiola’s side were held until the hour mark and didn’t even manage a shot on target until Riyad Mahrez found the net with a typical left-footed finish in the second half.

Once Peterborough's resistance was broken it was fairly plain sailing for the away side, who added a second through Jack Grealish after a wonderful ball from Phil Foden. The England duo showed signs of the potential link up we could see in Qatar later this year for the Three Lions, something Gareth Southgate will be keen to make the most of. This result takes the six-time winners into the last eight and also - whisper it quietly - keeps dreams of a treble alive.

That talk will only start to grow as the wins keep on coming and we move into the business end of the season, but there is an awful lot of football to be played before City can even think about matching their illustrious cross city rivals’ achievement from 1999.

One thing that united the whole stadium was the appearance of Ukraine’s Oleksandr Zinchenko, who walked out as captain as Fernandinho handed him the armband as a show of support. He saw an early shot fly over, but it was Jeandro Fuchs who got in behind Nathan Ake early only to see his effort stopped at the near post by Ederson.

Ilay Gundogan’s effort whistled past the post but for the opening half an hour, Posh dealt with everything Guardiola’s side had to offer. Defending deep in a 5-4-1 formation, chances were few and far between and the home side made it to half-time on level footing, something few predicted ahead of given the two sides’ league position.

A double centre-half chance that saw Ruben Dias and Nathan Ake both withdrawn at half-time summed up Guardiola’s displeasure at what he had seen. Peterborough haven’t won in the league in 2022 and are bottom of the Championship having lost 3-0 at home to relegation rivals Hull at the weekend.

And yet returning manager Grant McCann got his side to put in a resolute defensive display.

Despite the changes, Peterborough then created the best chance of the match moments into the second half as a long throw from Joe Ward caused chaos and Sammie Szmodics could only scuff his effort wide of the post with the goal gaping. They pressed forward again moments later but a clever overlap couldn't quite unlock this misshapen City back line. 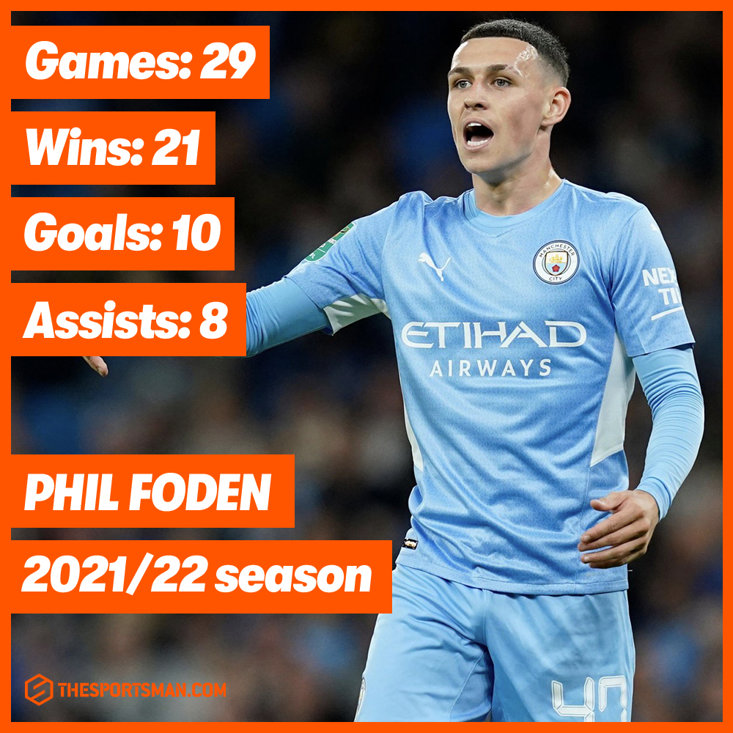 The six time winners of the FA Cup were being pushed, but a bit of Riyad Mahrez brilliance would break the deadlock. Foden was crunched on the edge of the box but managed to shift the ball out to the right wing. We’ve seen it so many times from the Algerian, but he cut inside to finish with his left with Man City’s first shot on target.

Peterborough had done so well but lost their way as City almost had a discord through Mahrez. He raced onto a Grealish through ball but his effort was blocked by a last ditch challenge before Gabriel Jesus' effort was stopped by Steven Benda.

The second did come through the £100m man Grealish with his very first FA Cup goal. He was picked out by England teammate Foden who played a long ball over the top, Grealish brought it down with his right and finished with his left to effectively end the tie.

McCann responded with a triple change and Jack Marriott, one of the subs, stung the palms of Ederson seconds after coming on. But it was City who kept creating chances as the game drew to a close through Gundogan and Joao Cancelo.

Benda had to tip Grealish’s effort over the crossbar and then he sent the ball across for Aymeric Laporte to tap in, but somehow he missed from just three yards out. That miss didn’t do anything to dampen the mood for City though, who are on the march again.

For Posh, it’s back to the relegation dogfight they find themselves in. As for Manchester City, the quest to win major titles at home and abroad continues.

Elsewhere in the FA Cup tonight, Crystal Palace edged into the last eight with a 2-1 win over Championship Stoke City, thanks to a late goal from Jairo Riedewald. But the real drama came at the Riverside, as Middlesbrough beat Tottenham into extra-time thanks to a Josh Coburn strike, as both sides missed key chances throughout the match. The local lad hit a powerful effort past the World Cup winning goalkeeper Hugo Lloris to secure another historic win for Boro. The conquerers of Manchester United have now dumped Tottenham out of the FA Cup, who will finish another season trophyless.