Football
News
Pep Guardiola's side will face PSG in the semis if they defeat BVB
Elliott Bretland
14:00, 14 Apr 2021

If Manchester City are to win a historic and unfathomable quadruple this season, they must break their Champions League quarter-final curse.

For the past three seasons, Pep Guardiola’s men have been knocked out at the last eight stage but head to Borussia Dortmund in the driving seat after winning the first leg 2-1.

The City coach has insisted his players must show up and play with emotion in the right way while also hinting his team will attack to kill the game off rather than going to Germany and sitting on their lead.

“We know we have to do what we've done all season,” Guardiola told reporters in the build-up. “If we want to win we have to deserve it, we have to go for it. Of course, you have to control your emotions but sometimes you need emotions in a good way to win this type of game.

“Each one has to try to be a leader on the pitch and when a guy feels comfortable during the game, take responsibility to be more involved. For the guys who are more nervous or quiet - do your job, play simple, be calm.

Ilkay Gundogan, returning to Dortmund for the first time since leaving for Man City, reached the 2012 final with the Black and Yellows but lost out to Bayern Munich. He will want to go one better with his current club and believes City, who already know they will face French giants PSG in the semis should they claim victory on Wednesday, are better placed to go the distance this season having already recorded a stunning 21-game winning run. 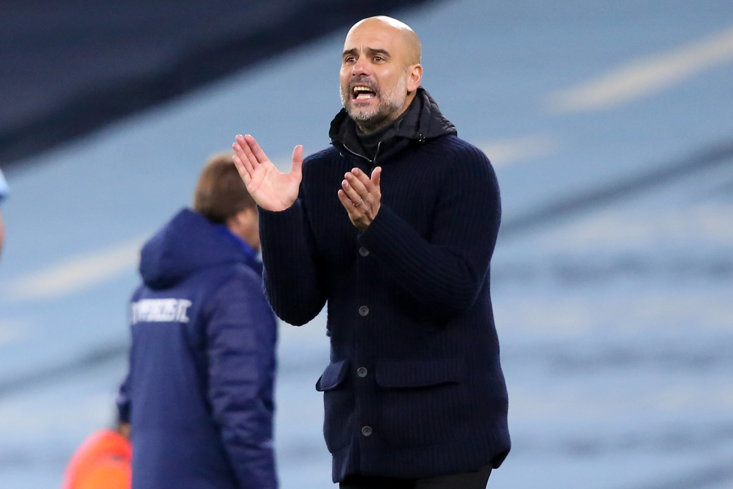 “I have expectations for us,' the Germany international insisted. “I know we are capable of reaching the semi-finals. We should have been there before but we lacked something.

“People sometimes made unnecessary individual mistakes. I feel like we are much more stable at the moment, especially defensively.'

“We need to learn that it is normal to struggle,” he said. “We failed in the past years but we know that a team of our quality will have the chance.”

The night before the game, the Manchester Evening News reported that City were given an ‘unexpected welcome’ to Dortmund when fireworks were let off outside their team hotel.

It is understood some of the travelling party were woken by the noise, with a first blasting lasting for about a minute.

Judging by City’s stunning form this season, they will reply with their own fireworks on the pitch.