Football
News
City play in all four competitions over the next two weeks...
Simon Lillicrap
18:00, 15 Apr 2021

As Phil Foden rattled in the final goal off the Borussia Dortmund post, it was definitive. Manchester City would be playing in the Champions League semi-finals for only the second time in their history, and for the first time under Pep Guardiola. It also meant that City are now just ten games away from achieving the unthinkable - the quadruple.

If they make the Champions League final, and that is a big if against a talented PSG side, that means they have just eleven games left of the current campaign, and they don’t even need to win them all.

"We don't talk about winning all four. Now we take one game at a time."

Manchester United can mathematically finish on 84 points if they win all seven of their remaining games, with City currently on 74, so Guardiola’s win count will require another point picked up from somewhere, but in terms of wins he is right. City can win all four trophies with just nine wins; two in the FA Cup, one in the League Cup, three in the league and three in the Champions League. In actual fact it could be less than that if you consider United are likely to drop points somewhere along the way and City don’t actually need to win both legs of their tie v PSG.

One this is for sure, the odds of it happening have shortened drastically. Having started the season 100/1 to win all four trophies, after last night’s success, the Citizens are now just 4/1 to win the quadruple as we enter a key eleven days for this talented side.

It starts on Saturday afternoon, where it could all fall apart as they take on Thomas Tuchel’s Chelsea side at Wembley in the FA Cup semi-final. If they get past the Blues, they will face a winnable final against Leicester or Southampton and be heavy favourites to regain the title they lost to Arsenal last year. 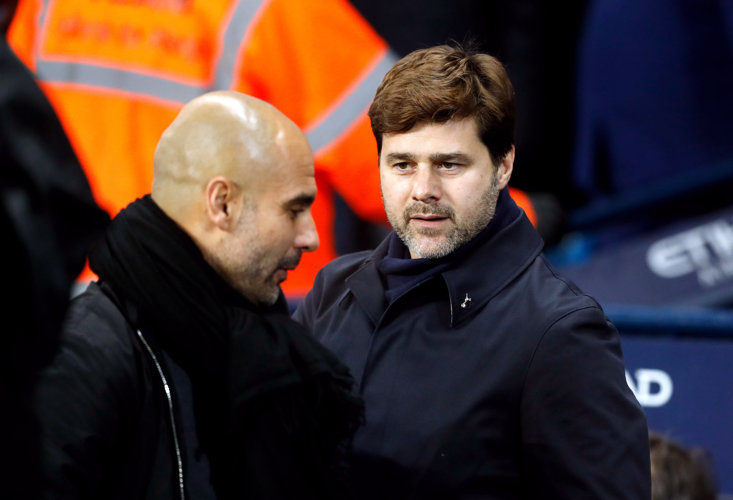 On Wednesday night, the rigours of the Premier League return with an away game against Aston Villa and after ten-man Leeds took all three points from them last time out, they will need to get back to winning ways to avoid any late-season jitters.

Four days later, on Sunday, they have the chance to officially make it one out of four and get their hands on silverware this term, with the League Cup final against Jose Mourinho’s Tottenham. Mourinho has caused his old foe problems in the past, but with the way his Tottenham side have been playing recently, it would be a big upset if they denied City a fourth consecutive title.

On Wednesday April 28, Guardiola’s men travel to Paris for the first-leg of their Champions League semi-final. A good away performance, in which they will want to get at least one away goal, could see them with one foot in the final.

Eleven days to determine Manchester City’s season. They are likely to end the season with at least one trophy, but in juggling so many plates, they need to make sure one doesn’t fall over the next fortnight.