Which are the Premier League Years programmes you insist on watching again and again? All the ones with a key title decider, right? Same for us.

Whether it’s the top two going head to head or a relative bystander having an unexpected say in the trophy’s destination, some of the greatest battles for supremacy have come down to one never-to-be-forgotten clash.

So with Manchester City and Liverpool meeting up at the Etihad Stadium on Sunday in what could be the latest instalment of Premier League title drama at its finest, here are our favourite title showdowns from the competition’s 30-year history.

Newcastle United were 12 points clear in January 1996, then signed Faustino Asprilla from Parma as they looked to press home their advantage. But when Manchester United arrived at St James’ Park in early March the Magpies’ lead was down to four, albeit with a game in hand.

Kevin Keegan’s star-studded lineup, led by the attacking talent of Asprilla, Peter Beardsley, Les Ferdinand and David Ginola, created countless chances in the first half as Newcastle looked to reopen a cushion at the top which would surely have seen the title head to the north east. But after Peter Schmeichel made a string of key saves to keep them at bay, Eric Cantona popped up to net the only goal early in the second half.

‘1-0, Cantona’ would be the scoreline in four of six games over the ensuing weeks, helping United to regain the title while Newcastle, and Keegan, unravelled. “I would love it if we beat them,” he famously blasted as the pressure rose. They didn’t beat them. 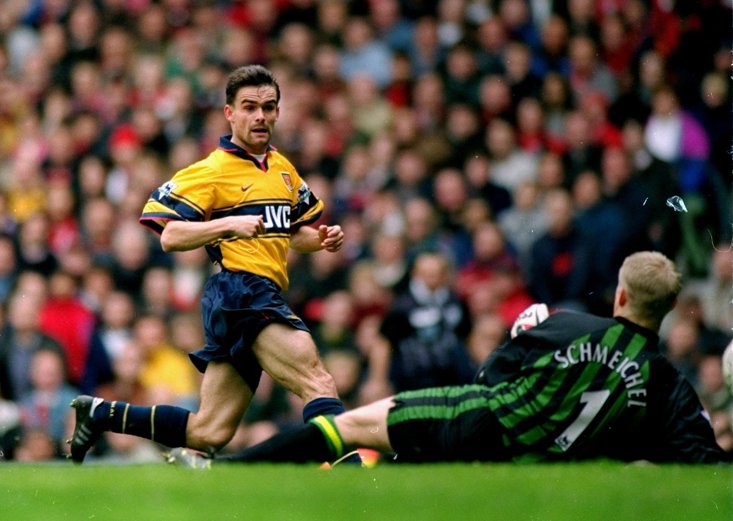 Betfred co-founder and CEO Fred Done became famous in 1998 when he decided to pay out early on Manchester United winning the Premier League. It seemed fair enough given that Sir Alex Ferguson’s side were 11 points clear of Blackburn Rovers and 12 ahead of Arsene Wenger’s Arsenal.

Fred’s timing couldn’t have been worse, though. United went on to lose at Sheffield Wednesday and draw with West Ham before Arsenal turned up at Old Trafford and put down a huge marker with a Marc Overmars winner. The celebrations in the away end were reflective of a turning point in the title race, and that would be one of 10 successive Gunners wins as they clinched a first Premier League crown with two games to spare.

The episode cost United a third straight title and Fred Done lost millions. He's been paying out on City since Christmas, by the way!

Another Arsenal trip to Old Trafford, another title decider. Only this time, it actually did decide the title.

Starting the game five points adrift with two games left, United had to win to break the stride of an Arsenal side who had recorded 11 straight victories in the Premier League. But Wenger’s boys had the supremacy for much of the match and once Wiltord gave the Gunners a 57th-minute lead there was no doubt how it was going to finish.

It was a second Premier League triumph for Wenger and Arsenal, with both having their footprint squarely in the west of Manchester. 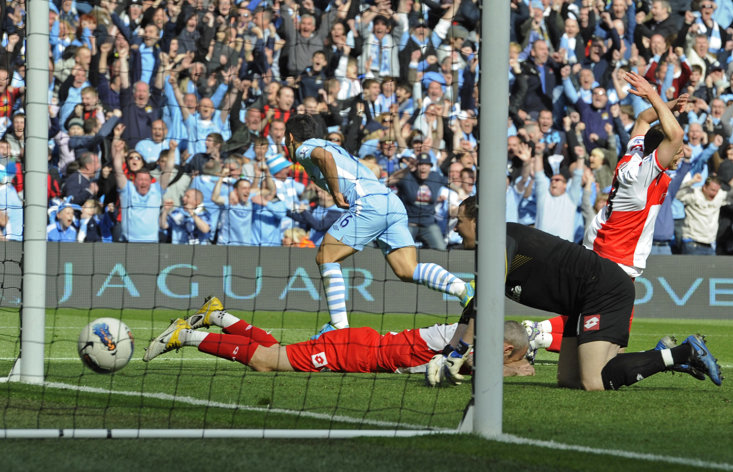 While Martin Tyler’s cry of Sylvain Wiltord’s name 10 years earlier had stuck in the minds of Arsenal fans, the whole of the footballing world now knows of his exultation in 2012 as Sergio Aguero clinched Manchester City’s maiden Premier League crown.

The scenario is well known. Manchester United, behind their rivals on goal difference, beat Sunderland 1-0 on the final day. City, though, were 2-1 down at home to Queens Park Rangers in injury time. Edin Dzeko heads home an equaliser, then Aguero takes the room off the Etihad.

Brendan Rodgers’ Liverpool were a phenomenon in 2014. With two games to go they headed to Crystal Palace level with Man City with a nine-goal inferior difference separating them, but they looked to have put a huge amount of pressure back on Manuel Pellegrini’s side when they opened up a three-goal lead with 35 minutes still to play at Selhurst Park.

If they could get another two, maybe three, City would suddenly be feeling the pinch, wouldn’t they?

What followed what a collapse of epic proportions. In the final 11 minutes Damien Delaney scored once and Dwight Gayle twice as Liverpool’s title dream dissolved in the most stunning of fashions. Cue Luis Suarez’s tears, Steven Gerrard’s dejection and a further six-year wait for an end to the Reds’ championship drought.

Leicester City were on the verge. Eight points clear in a title race nobody could ever have believed they’d be a part of, with Tottenham Hotspur needing a win at Chelsea to keep their own hopes alive.

What followed at Stamford Bridge was chaos. Chaos instigated, as he later admitted – nay, boasted – by referee Mark Clattenburg. With Spurs gradually losing their heads on the way to dropping a two-goal lead, the man in the middle refused to send any of their players off. Instead he booked nine and allowed the madness to unfold so that Spurs themselves would carry the can rather than allow for claims that red cards had somehow conditioned the destiny of the title.

“It should have been three red cards to Spurs,” Clattenburg told the Men in Blazers podcast in 2017. “I allowed them to self-destruct so all the media, all the people in the world went ‘Tottenham lost the title.’”

No, Mark, it wasn’t theatre, and Tottenham didn’t lose it. Leicester won it, and Jamie Vardy had one hell of a party.