Okay, hands up. We got it wrong. We told you months ago that the new Manchester United away kit was going to be beige. It is, we can now reveal, “savannah”.

Once again, in a summer of kits being inspired by everything from the steel industry (Borussia Dortmund) to the Hacienda club (Manchester City), United’s latest kit has been influenced by Manchester’s Northern Quarter. The Sportsman's office is pretty close to the Northern Quarter and nobody in this office can quite believe this reference.

If you’ve never been to the Northern Quarter, it’s a mix of independent shops, cafes and bars in a grid of streets splashed with street art. Think Shoreditch with fewer beards.

In this case, the Northern Quarter reference is a hat-tip to the mosaics which you’ll find in the area. On this side of Afflecks Palace, Manchester’s celebrated home of niche retailers, mosaics depict Manchester icons like Granada Television, Vimto, United and City, Joy Division and Coronation Street.

But the mosaic on the new United savannah shirt looks like none of these. In fact, it looks like animal print but nobody’s entirely sure which animal. It’s not giraffe, tiger or snake. If anything it’s leopard. Maybe United are looking to cash in on the new Lion King film which is released this month. Unlike Simba, one feels like Manchester United face a considerably longer wait to be kings again.

Coming a week after Manchester City’s eye-catching away kit which was inspired by the Hacienda, this feels like a pretty weak effort. There are thousands of things in Manchester to inspire a new away kit for United. How about a silver and yellow design based on the Metrolink? Or maybe a yellow and black kit inspired by the worker bee. But a mosaic? Poor show.

Naturally, the kit’s release is accompanied by an inspiring press release, stating: “The new shirt features a fresh savannah-toned aesthetic and intricate patterned design, that takes its inspiration from the many mosaics that adorn the streets of Manchester’s creative district, the Northern Quarter.

“Standing out with a new colour palette, the striking new away shirt continues to blur the lines between sport and style, blending both cultures in to a single piece of design, which will of course be seen during our away trips in 2019/20. Influenced by the unique artwork of the Northern Quarter, the city is embedded deep within the design as the base colour is overlaid with a subtle pattern.”

The shirt has not gone down well with United fans, many of whom took to Twitter to state their displeasure. @IanCroombs1 moaned: “That is truly the most hideous kit I have ever seen. Who designed that? Absolute shambles.”

There was a lot of excitement when adidas took over United's kit maufacture from Nike in the hope they'd bring back some classics from the eighties but this latest effort feels like they've run out of ideas.

The new savannah (definitely not beige) kit went on sale today and will be worn in United preseason friendly against Perth Glory on Saturday. 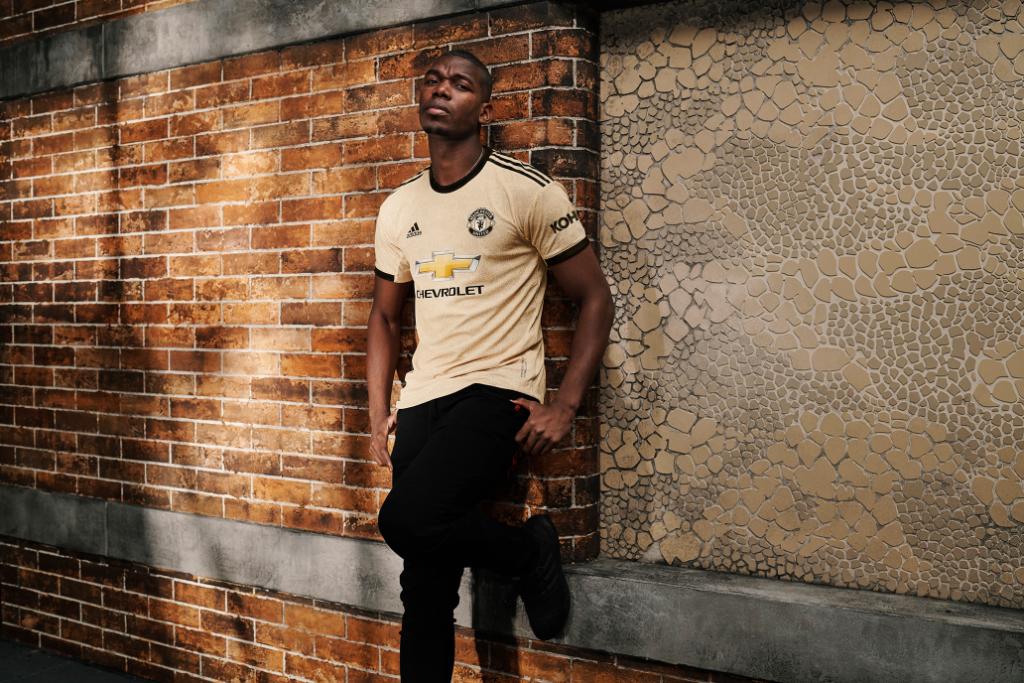