Football
News
Manchester United Star Can Push For A Huge New Contract After Proving To Be An Unlikely Saviour For Jose Mourinho
Chris Knight
19:02, 29 Oct 2018

Manchester United manager Jose Mourinho cannot have imagined that it would be Anthony Martial who would be keeping the wolves from the door when he entered a seemingly make-or-break period at Old Trafford during October.

Martial has scored four goals in his last three games to help United take seven points from their past three Premier League games - a 3-2 win over Newcastle, a 2-2 draw with Chelsea and a 2-1 win against Everton - and the solid return has helped alleviate some of the building pressure on Mourinho.

In truth, the pressure on Mourinho appears to fluctuate with each passing result - a win over a lesser top-flight side, followed by a disappointing effort against one of the better sides in the division, repeat. It is a pattern that is likely to continue with a run of fixtures against Bournemouth, Juventus and Manchester City to come in November.

Martial will be a pivotal figure during those games as he is proving to be an unlikely saviour for his manager.

In the summer it looked as if Martial might be frozen out by the United boss after he was criticised and fined for returning late to training following the birth of his child, although he has started to hit his straps and earn his manager's trust of late.

The 22-year-old has scored five goals from eight shots on goal - all on target - in all competitions this season and he has been in fine form in the Premier League.

Martial's four goals in the top-flight of English football have come from just six shots on goal and he is averaging a goal every 110 minutes in the top-flight currently - only Eden Hazard (94), Sergio Aguero (99) and Pierre-Emerick Aubameyang (108) have scored four or more goals with a better strike ratio.

The challenge for Martial will be to find consistency as he has scored 41 goals and laid on 26 assists in 147 appearances during his United career since signing from Monaco for £36m in September 2015.

Martial has been directly involved in a goal every 144 minutes for the Red Devils and his current form would suggest that he can enhance that ratio further, which would put him in a very strong position when it comes to discussing a new contract.

Martial has reportedly rejected United's recent offer of a new deal because he wants to earn parity with the club's top honours. It will be hard for the United hierarchy to ignore those demands if Martial keeps on producing the goods. 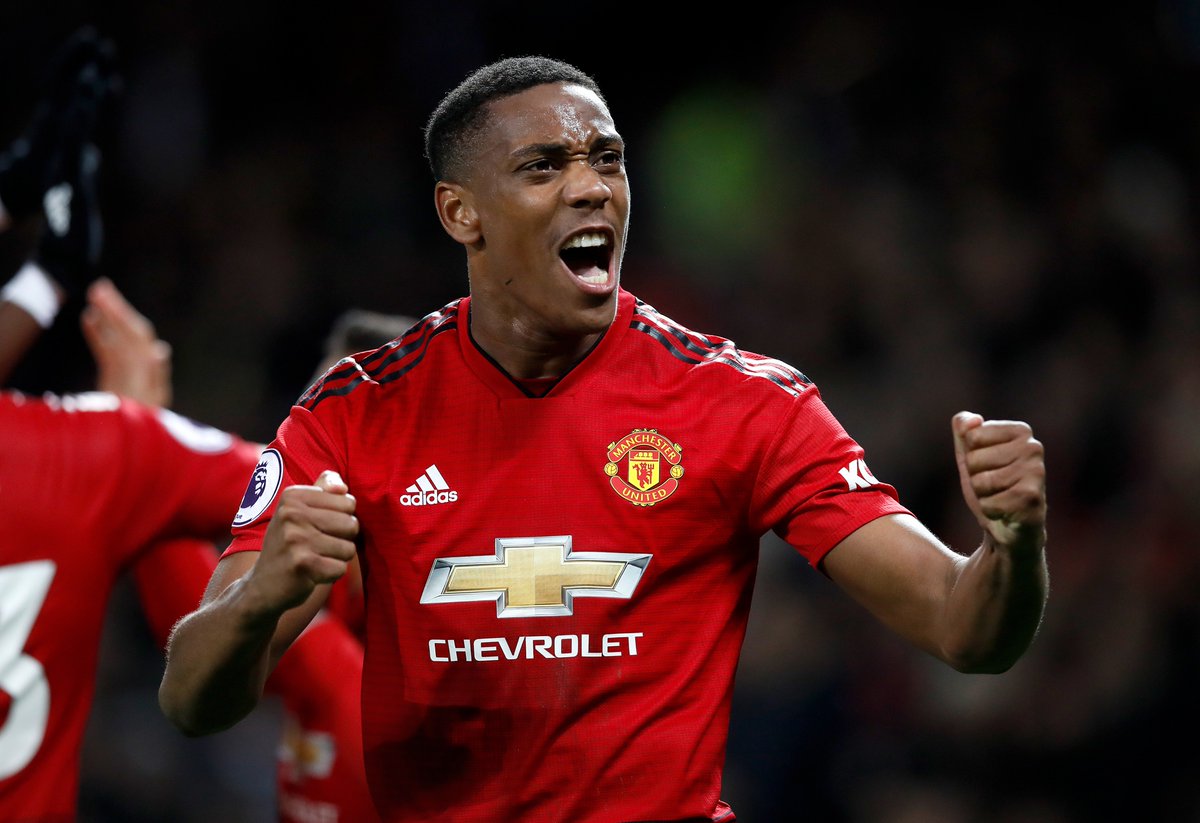