Football
News
The former Man City boss has laid down the foundations for the future of the Azzurri
Conor Keane
08:54, 06 Jul 2021

Italy are one step away from the Euro 2020 final and the renaissance that Roberto Mancini has orchestrated has laid the foundations for the future of the Italian national team.

The former Manchester City boss came into the position at a time when Italy, who play Spain on Tuesday night, were fractured and a shell of the footballing powerhouse that they once were. It was May 2018, six months after the Azzurri failed to qualify for the 2018 World Cup in Russia. They were eager to try and forget the mistakes made by Gian Piero Ventura after missing the World Cup finals for the first time since 1958.

Mancini had a plan. He was going to abandon the traditional Italian approach, initiating a new era of attractive, intense football, instead of just preparing for matches by ensuring defensive durability. Fast forward to October 2019 and Mancini had secured the nation’s place in Euro 2020 with three games to spare. With qualification secured, a clause in his contract was triggered which extended his tenure with the national side to 2022. After what we have seen so far in these finals, well done Italy.

They have played at such a tempo which has left supporters entertained after every single fixture and their most recent victory over Belgium was particularly exhilarating. They play exciting football and attack in numbers, as they do defensively. The 56-year-old has united this group of players and he has healed the wounds of three years ago. That winning mentality never left but it is clear now and it shines through with their confidence, entering a new positive period in the history of Italian football and the Premier League winner has proven he is the man to oversee this project. 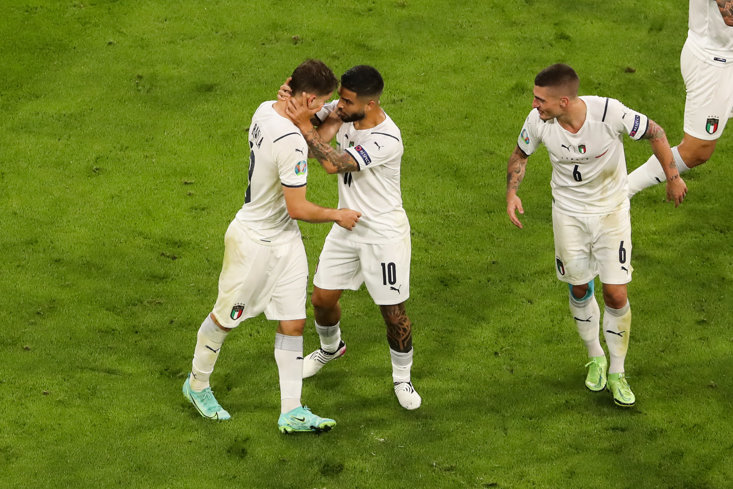 Mancini took a brave gamble in changing the philosophy that the Italians have always been known for on the international stage and it is already paying dividends as he has led a broken and deflated side from not qualifying for a major tournament to the semi-finals of another.

It is such an incredible turn around in such a short space of time, coming in and having to instil belief in a side and rally them to make sure they did not miss out on two consecutive tournaments, which would have been crippling for the Azzurri spirit. With the Covid-19 pandemic also having an impact on the game and life in general, you can only give Mancini more praise for how revitalised Italy are on the football pitch. They have always produced gifted footballers but those qualities have not been set free in recent memory and Mancini has decided to let this group show off their flair.

You can see that the players have all bought into his vision and they seem to be loving the football that they play. Mancini clearly has time for every player in his squad, as he vowed every member of the 26-man squad would feature in the tournament so that they get to play their part in making the nation proud. Being an unused player when Italy hosted the World Cup in 1990, Mancini said that was the biggest regret of his career, not playing for his country on the biggest stage, particularly a home tournament. It highlights how he is not only a great manager but a wonderful human being who likes to look after all the players in his charge.

Regardless of if Italy go on to win this tournament or not, Mancini has laid the groundwork for the future tournaments and the blueprint he will leave behind for his successors will be clear, but it must be strictly followed. The future of Italian football is to excite and play free-flowing football – Mancini’s renaissance will mark a significant turning point in the history of Italian football.