His favourite band is One Direction and that’s the way Macaulay McGowan believes his career is heading – just as soon as he’s dealt with a boxing legend with designs on regaining world honours.

Two-time world champion Sergio Martinez will have everything his own way when he takes on his Mancunian rival on Thursday, 27 January in Madrid. The Argentinian star has been based in the Spanish capital for twenty years – the same as the age gap between the two fighters.

While he may be about to turn 47, Martinez (54-3-2) has three wins to his name since returning to the ring following his defeat to the great Miguel Cotto at Madison Square Garden in 2014. ‘Maravilla’s last victim was fellow Brit Brian Rose, and while he knows he’s been cherry-picked to make the Argentine look good; McGowan has no respect for the script.

“If you look at it from the outside, I’ve got no chance - maybe 90% to 10% - and I understand that,” he said. “But the way I’ve trained and the way I’ve prepared, I’ve turned those percentages around. When I put my mind to something, I usually do alright. I’ve put my heart and soul into it. I feel like the stars are aligning. I know I’ve got the tools to beat him. I know what I’ve got to do and get it done on the night. This opportunity has come at the perfect time.”

It wasn’t an opportunity McGowan was expecting when he found himself sat near one of his idols at Manchester’s Bowlers Exhibition Centre for a show in August 2021. ‘Macca’ was there to support stablemates Callum Thompson and Marcus Morrison, while Martinez was in town to promote his forthcoming bout with Rose.

“Sergio Martinez in Bowlers! I thought, ‘wow, this is crazy!’ Someone I’ve watched on HBO 24/7’s and here he is in flippin’ Bowlers! I asked him for a picture, he was dead polite, and six months later I get offered to fight him!” 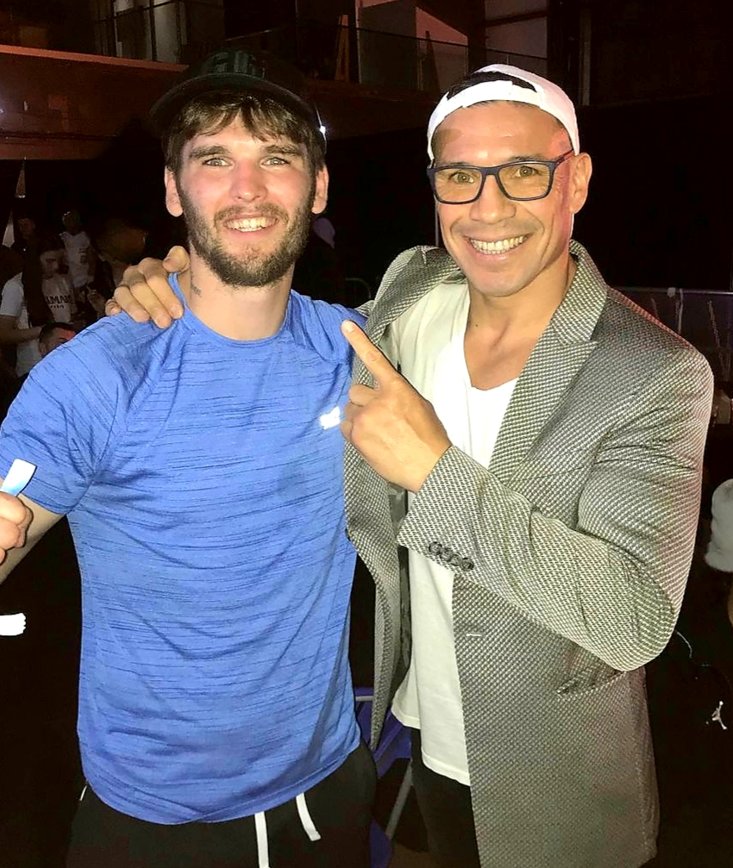 While he’s not boxed since defeat to Keiron Conway back in December 2020, the 27-year-old, now trained by Joe Gallagher – who also hails from the same Benchill district of Wythenshawe – has been grafting hard in the gym and believes huge adjustments have been made.

“Being in the gym with Joe, Ant [Crolla] and the others; I don’t care who I’m fighting. My mindset is, ‘I’m going to win this fight, no matter what. People will say I’m just there as the opponent and all that rubbish, but I’m there to win. I’ve been with Joe for the last eight months or so, but I’ve improved massively. I’ve matured as a fighter and physically, I’m so much better.”

The Macaulay McGowan record shows 14 wins (three inside the distance), one draw and back-back-back points defeats in his last two fights. The losses - against heavy-hitting Kazakh Tursynbay Kulakhmet and rising star Kieron Conway, may well have helped McGowan get his big night in Madrid. But as is often the case, the stats in black and white don’t tell the full story.

“I blagged it a bit!” he said with a laugh. “The Kazakh one [Kulakhmet fight], I was all over the show. The Conway one, I got it on five days’ notice, and I thought, ‘I’m just going to make a nuisance of meself!’ My mates and family were losing jobs left right and centre in the pandemic. Everyone was skint. I was given opportunities to do my passion and get paid good money for it. If I turned it down, I’d be a bit of a scumbag.

“I’ve got mates who couldn’t even play Sunday league football and go for a pint! I had the opportunity to fight on an Anthony Joshua undercard! If I turned that down, I wouldn’t be able to look at them in the face again! I pride myself on being honest to myself and people around me. Even though I lost those two fights, I could look myself in the mirror.” 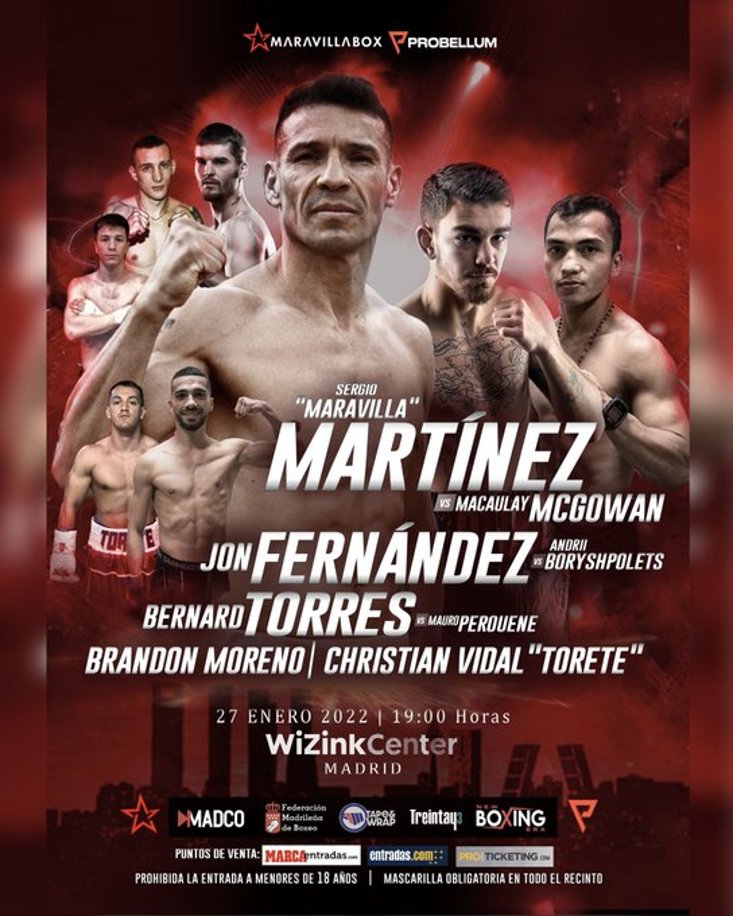 This is a man who loves boy bands, Madonna, chick flicks and lots of ‘nerdy’ stuff. If you’d watched McGowan dance and sing his way to the ring the night he fought Conway, you’d be forgiven for thinking you were watching a man without a care in the world. Between rounds, he was even asking his corner for an update on the Manchester derby (he’s a City fan incidentally). McGowan is good at portraying that character – the Manc scally always up for a laugh, and he is funny and engaging. But there’s a lot more going on.

A thinker, a reader and somebody that is acutely aware of his environment. The ‘honesty’ he speaks of is the reason he was labouring on his mate’s building site less than a week before arguably the biggest night of his life.

“It’s good craic, I enjoy it. I finish gym in the mornings, go straight to work, then from work I go to Chorlton marina to do sprints with Joe.”

Does he think Martinez was out grafting a few days from the fight?

“Was he ‘eck. His knees wouldn’t hold up!” McGowan is laughing again.

The last spar for this camp was done on the last day he laboured. All the plans and preparation are in place and now, he just intends to enjoy the whole experience, safe in the knowledge there’ll be a little corner of Benchill in the Wizink Arena.

“I’ve got a few coming over. Mates, workmates and lads and ladies from the gym. The people that have really invested in me, not financially, but those that really want me to do well, they’ll be there. That’ll feel like there’s a million people cheering me on. When I win, it’ll be nice to be able to celebrate with them. That’ll mean everything to me.”

The positive outlook and ready smile masks a back story of dark days and anxiety for the recently married family man. Both he and his wife Francesca welcomed Florence into the world just over three years ago. They then endured a torrid time with son Albie, who was deprived of oxygen at birth – or HIE (Hypoxic Ischaemic Encephalopathy) to give the condition its formal name.

“He suffered brain damage and we didn’t know how he was going to develop,” McGowan explained. “But he got discharged from physio at the start of last year. He’s walking, talking and I feel that any bit of luck I had in life has gone into him. I don’t expect any more luck in my life. It’s just got to be hard graft. Any luck I did have, has gone on him. It must have. It’s a miracle!” The smile says it all. What can Martinez throw at him that he hasn’t handled already?