Football
News
The Argentinian has spoken out on the busy winter schedule in football
Conor Keane
16:05, 29 Nov 2021

The hectic festive football schedule is a fundamental part of British society around Christmas. So much so that football fans always look ahead to who their teams are facing around the holidays and to them it is very much one of the best things around the Christmas period. But with the growing physical demands of the game and congested schedule, it may be time to sacrifice in the entertaining cluster of fixtures in quick succession to have matches filled with more energy and quality.

This is certainly the way Leeds United boss Marcelo Bielsa thinks, as he is doubtful over the future of the game as it becomes increasingly commercialised. The Argentine has had a torrid start to the Premier League this year with his squad blighted with injuries and as a result, he has seen some very poor results on the pitch which has forced him to come out and criticise the busy winter schedule.

He said: “The physical level of the whole league has declined and also the opposition conditions the development of how a team performs physically. The total distance that the teams run in the Premier League is lower this year than last season.

“Anything I tell you would be a hypothesis that I’m not totally certain of. What is clear is that the calendar is so overcharged it doesn’t bear in mind the development of preparation. That’s why I have serious doubts over the future of professional football because it is constantly commercialised and the product every time is constantly worse. It's considered to sell more games but it ignores whether teams are in better conditions to offer better results. I use the terms that the industry of football uses but it's difficult for me to think it in those terms. The Premier League offers half of its players to the World Cup. It's interrupted ten days before the start of the World Cup. And the World Cup which is the most desirable thing in football, to play with the footballers and coaches of the national teams, the minimum possibility of offering a developed team and the only thing that generates is what's on show every time is worse.” 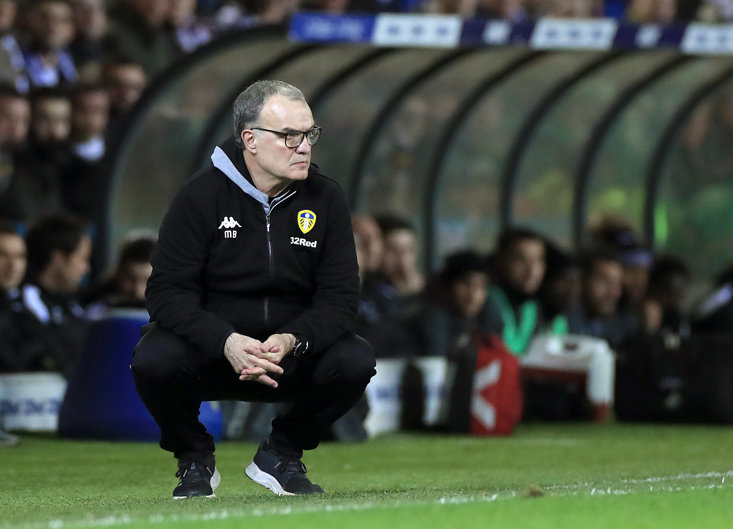 Leeds are set to play seven Premier League matches in the space of 29 days, starting with Tuesday night’s clash with Crystal Palace at Elland Road.

Bielsa has fair cause to be frustrated at the fixture pile up, because you are constantly asking a lot physically of your players in such a short space of time, and unless you have the squad depth like those of the big six with multi-million-pound players on the bench, you are going to struggle to get through that period with the core members of your squad. The 66-year-old in particular is a strong advocate of having a small squad, and injuries to key figures like Patrick Bamford and Luke Ayling have hindered his side’s development this term.  Last season he only used 20 players throughout the course of the year, the joint-lowest total in the league, whereas he has already used 24 players so far in 2020-21. People will be quick to criticise him for not having many options to choose from, but from a coaching point of view, with less players to deal with you are likely to have a greater impact on their development which in turn will benefit the club.

Leeds were a bright spark upon their return to the top-flight in 2020-21, and their pressing and running stats were phenomenal, outrunning every single Premier League side, with their high intensity sprints in particular being significantly higher than anyone else in the division. But Bielsa’s standards can not be met in a tightly-packed cluster of matches because his ideal starting 11 will not be able to deliver their peak performance three times a week, and so forces the Argentine to make changes.

He will also not have been pleased by Manchester City boss Pep Guardiola’s comments on the proposal for a biennial World Cup. The Spaniard said: “I always enjoy watching the World Cup. If I could watch it every two years, that would be good.”

This just strengthens Bielsa’s argument of overcharging, as a World Cup every two years would just increase the already staggering demands of players at the highest level of football, which will leave them with a small amount of time again to rest and recuperate before returning to prepare for the domestic calendar to restart. This proposal is only considering the financial benefits and not the detrimental effects it would have on player welfare, especially with the number of games currently being played under constant scrutiny.

Football is the beautiful game, but it only remains beautiful if its integrity is kept, and that means player care taking precedence over everything else. It seems inevitable that money will completely dominate the sport in the future, but if more speak out like Bielsa, the game might be protected for a lot longer.