Football
News
The Argentine has been sacked, but leaves behind an incredible legacy at Elland Road
Sam Penfold
12:14, 27 Feb 2022

As the curtain closes on Marcelo Bielsa’s time at Elland Road the enigmatic, eccentric yet utterly excellent Argentine will go down as a legend amongst the Leeds United faithful. They had never witnessed a manager like Bielsa and it’s unlikely they ever will again. Even Pep Guardiola stated that Bielsa was “the person I admire most in world football”. High praise from one of football’s greatest ever coaches.

Bielsa joined in 2018 and we saw a steady change in Leeds United’s performances, as they began playing with an energy that few had seen before. They were playing football as if it was a basketball match, going end to end and trading goal for goal. They perplexed opposition managers and TV pundits alike with their unfamiliar yet distinctive style of man to man marking, high-tempo, relentless pressing football. And for quite some time, it worked.

Marching Leeds to a third place finish in his first season in charge but it wasn’t without controversy. The infamous Aston Villa ‘free goal’ and getting embroiled in the ‘spygate’ saga certainly highlighted the type of character Bielsa was. He would do whatever he could to get himself a victory. His 70 minute presentation was far more than the reporters who were in attendance but it was meticulous, comprehensive and accurately optimised the man in the managerial hot seat or in this case, the bucket. They missed out on the play-off final after suffering a defeat to Frank Lampard’s Derby County in the semi-finals, but everyone knew they’d be back.

Sure enough they returned the following season with a burning desire to be the best team in the Championship and get back into the Premier League. This was the ultimate goal, nothing else mattered to Bielsa and his men. Storming to a first place finish, scoring 77 and conceding just 35 goals along the way, Leeds United secured their return to the promised land after a 16 year absence. Bielsa had done it. He took a team that had finished 13th in 2018/19 to 1st in 2020. The man was quite rightly branded a genius. But there was no way he’d continue this high energy football in the Premier League. He would have to adapt. Wouldn’t he? 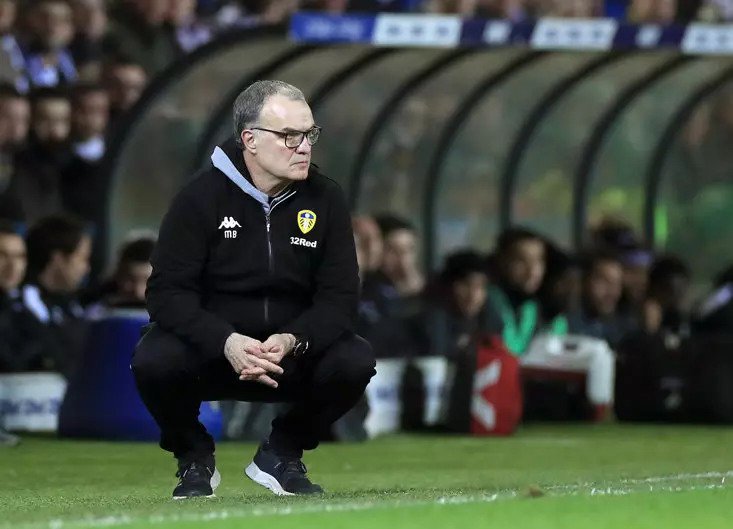 Course he didn’t. He wasn’t scared of anyone and nor were his players. They announced themselves in the Premier League with a thrilling game at Anfield in which they lost 4-3 but it set the tone for the rest of their campaign. Arguably their most impressive performance of the season came at the Etihad as they stunned Pep Guardiola’s Man City side in a battling 1-2 victory thanks to a Stuart Dallas double including a 92nd minute winner. Remarkably Marcelo Bielsa led his side to a 9th place finish, just two points behind Arsenal and five off a Europa League place.

Languishing on the edge of the relegation zone and having only taken one point in from the last 18 available, combined with a four game losing streak, appears to have been the straw that broke the camel’s back. It’s fair to say this year Bielsa’s side have been hampered by injuries, losing key players like Kalvin Phillips, Liam Cooper and talisman striker Patrick Bamford for months at a time in a season where they have needed them most. Leeds United will be moving swiftly to replace him, with Jesse Marsch, formerly of RB Leipzig, the main name being linked. No matter what happens now, Marcelo Bielsa is a legend at Elland Road. His style provided excitement, his bravery earned him plaudits, his bucket became a happy fixture of every game and his magnificent translator earned every penny. Adios and gracias Marcelo, you’ve changed many lives and let men and women who never thought they could dream again do so.