Tennis
News
The Russian won't be missed by all but her influence on women’s tennis shouldn't be forgotten
Simon Lillicrap
13:46, 27 Feb 2020

Maria Sharapova has called time on her glistening career having won every single Grand Slam event and established herself as one of the female powerhouses of the modern era. She shot to superstardom as a 17-year-old when she won Wimbledon, shocking Serena Williams in the final, yet her career fizzled out after a shoulder injury meant she could no longer compete at the highest level.

In was perhaps fitting that Sharapova signed off in the only way she knows how, in an exclusive essay for Vogue and Vanity Fair. According to Forbes, she was the highest-paid female athlete in the world for eleven consecutive years and took female earning to a whole new level on and off the court.

Age just eleven she had already signed with IMG and Nike and the sponsorships would come rolling in as she developed into one of the best players in the world. After that Wimbledon win things simply went beserk for her off the field. She won $1 million in prize money for that success and became the media’s darling yet the value of her Nike deal doubled as her agents signed her up to almost every sponsor going.

Canon, Motorola, Tag Heuer and Colgate-Palmolive were just some of the big brands who did deals with the Russian teenager after her Wimbledon win. She was a money-making machine. She went from earning $3 million a year to over $18 million, which exceeded what any other sportswomen on the planet was making at that time. She created her own brand of sweets named Sugarpova and built up a huge social media following online, all of this lead to her becoming one of the biggest names on the planet. 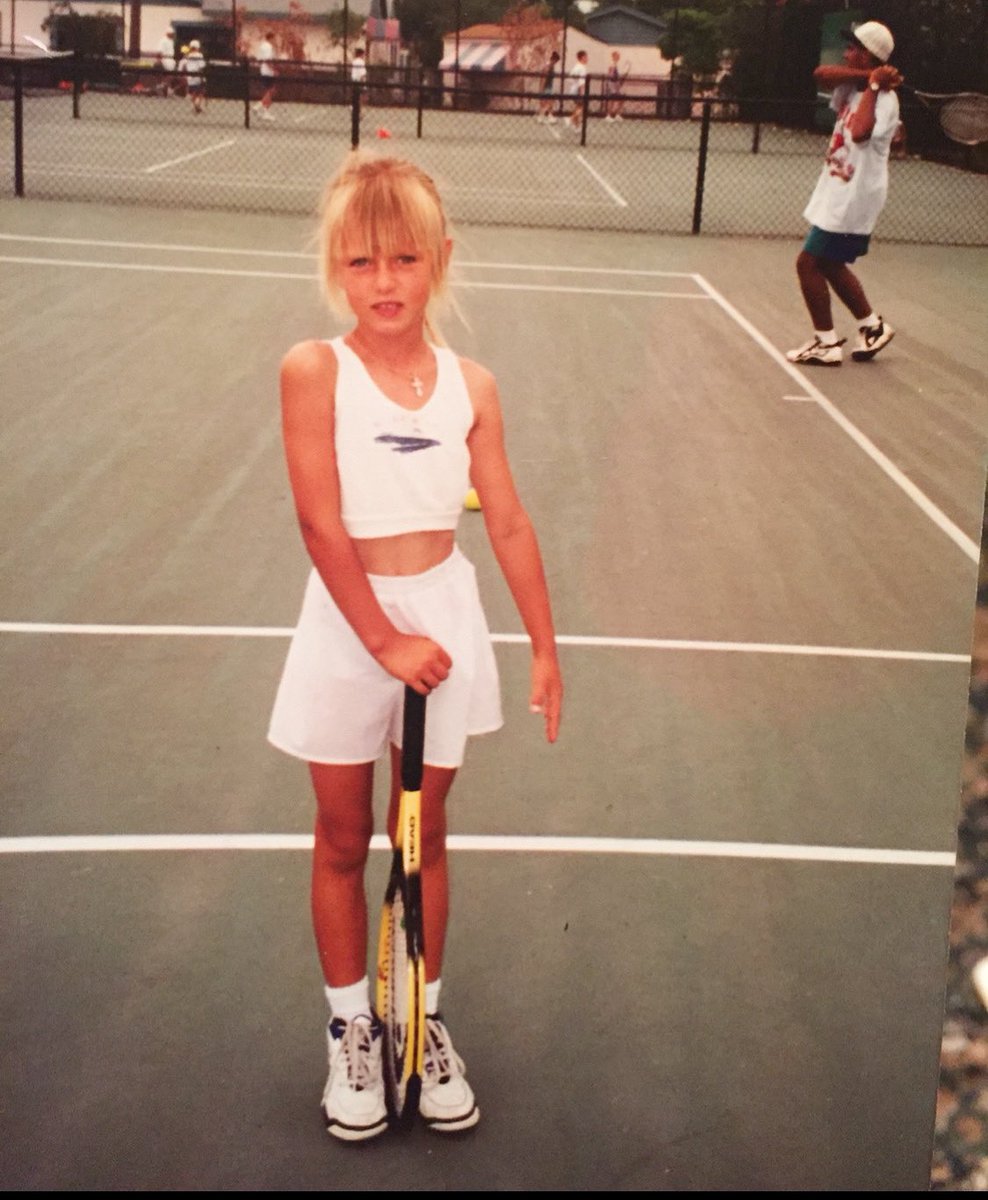 In the noughties, she was the superstar of female tennis, and despite the success of both Williams sisters she seemed to be a more attractive proposition for investors. On the court, tennis finally had a worthy rival for Serena Williams and they pushed each other to the limit, although the American certainly got the better of Sharapova during their meetings. A lifetime record 20-3 in favour of Wiliams certainly supports that.

But Sharapova was always a contender, from 2004 right up until 2015. She won five Grand Slams and reached a further five finals before she tested positive for Meldonium at the Australian Open. This not only took the shine off her previous achievements but essentially spelt the end of her career, in an unofficial sense.

She unsurprisingly lost several major sponsors although Nike somewhat controversially stood by their athlete despite the 15-month ban she was slapped with for her misdemeanours. For many people, this confirmed what they had felt about Sharapova for some time. She was respected, but not widely loved by the tennis audience and those on the circuit.

Petra Kvitova
@Petra_Kvitova
It was a pleasure to share the court with you @MariaSharapova
We always had great battles when we played and I have so much respect for your hard work and the way you always fight for everything.
You have achieved a lot in your life so far and I know this is just the start 🤗 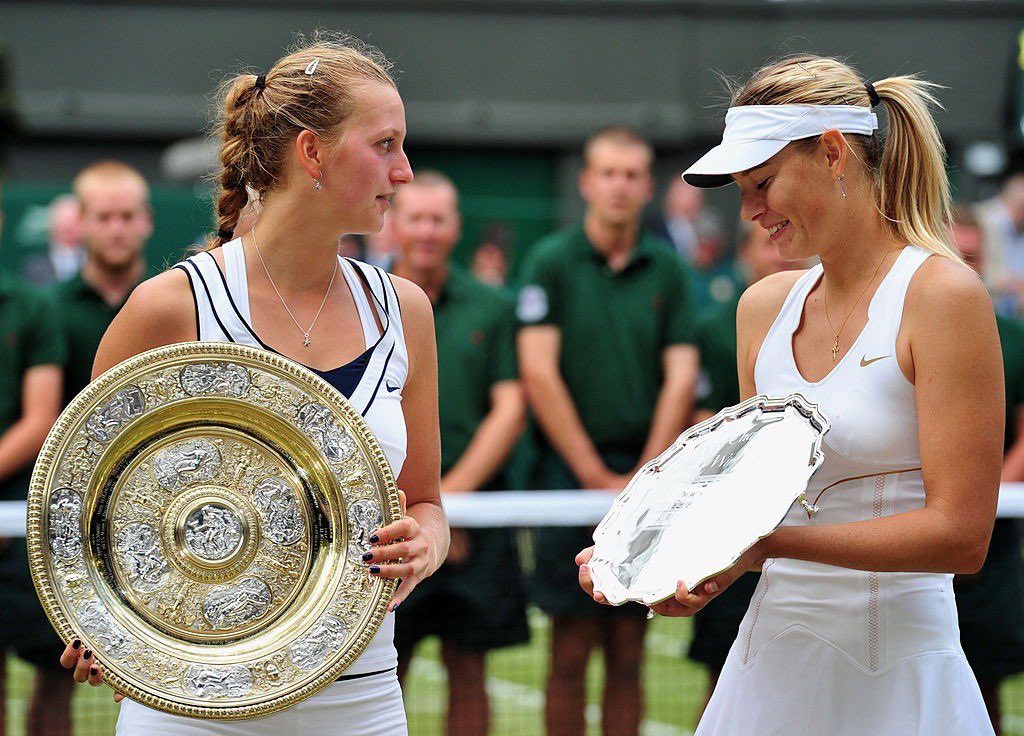 She made money, a hell of a lot of it. Her father arrived in the United States with just $700 but Sharapova made over $325 million (£252m) if you include prize money, endorsements and appearances, a figure that only Serena Williams can better.

Her comeback was undeserving of the success she had had in the past as she faced early exits from major tournaments and bounced around the lower rankings. Questions were raised as to whether this was the real Sharapova we were seeing without the athletic benefits of Meldonium but she was the wrong side of 30 by the time she returned to the circuit and had suffered from serious shoulder issues throughout her career.

As a brand Sharapova was immense. As a tennis player, she was talented. She was a superstar teen who grew into a frosty, ice-cold figure at the top of the game before being brought back to earth with a bump in 2016. Her retirement perhaps comes three years too late but if anything the fact she had her heart set on making a comeback shows the fighting spirit that made her Wimbledon champion at the age of 17.

Her farewell from the sport will not be greeted with tears or misty-eyed memories, but she will forever be respected for the influence she had on women’s sport. We’ll leave the final words up to Sharapova herself.

“Looking back now, I realize that tennis has been my mountain. My path has been filled with valleys and detours, but the views from its peak were incredible.”

x
Suggested Searches:
Tyson Fury
Manchester United
Marcus Rashford
Lewis Hamilton
F1
Air Jordan
More
tennis
Novak Djokovic Is Destined To Become Tennis' Greatest Ever Male...
In an era in which Roger Federer has taken the level of competition to new heights and Rafael Nadal [ ... ]
tennis
Naomi Osaka Wins Second Australian Open With Clincal Display...
Naomi Osaka has won her second Australian Open title and remains unbeaten in major finals after beating [ ... ]
tennis
Osaka And Djokovic Both Looking For History In Australian Open...
So the Australian Open final line-ups have been decided. Daniil Medvedev’s outstanding straight-sets [ ... ]
tennis
Did A Tearful Serena Williams Bid Her Final Farewell To The...
Serena Williams waved as the adulation of the Australian Open crowd came from all four corners of the [ ... ]
tennis
Serena, Djokovic And A Rank Outsider Take Top Billing In The...
We knew this Australian Open would be different, but even so, a semi-final line-up without Rafael Nadal [ ... ]
tennis
Aslan Karatsev Is The 2000/1 Shot Taking The Australian Open...
You probably hadn’t heard of the name Aslan Karatsev two weeks ago, yet now the Russian will face [ ... ]
tennis
Cautious Novak Djokovic Battling For Record Grand Slam After...
Novak Djokovic showed his battling qualities once more on Sunday and remains on course for a ninth Australian [ ... ]
tennis
Nick Kyrgios Grabs The Headlines Again On His Way To The Last...
Love him or hate him, Nick Krygios is box office stuff. So rarely out of the headlines, the Australian [ ... ]
tennis
Is A Fond Wimbledon Farewell The Best Andy Murray Can Hope For...
Along with Roger Federer, Sir Andy Murray is one of the major absentees from perhaps the strangest Australian [ ... ]
tennis
Australian Open Chaos Should Serve As A Warning For Euro 2020...
The build-up to the Australian Open has simply been like nothing we have ever seen or experienced before. [ ... ]
tennis
Netflix Doc 'Settling The Score' Shines Light On One Of Sport's...
Sporting injustices have tarnished the game throughout history, but the injustices that go under the [ ... ]
tennis
Long Live The King Of Clay! Nadal's Fifteen Year Love Affair...
A million seconds is eleven and a half days, yet a billion seconds is 31 years and seven months.  [ ... ]
tennis
Djokovic's Disqualification Disaster And Other Tennis Stars...
The look of horror hit Novak Djokovic almost as quickly as the tennis ball that rifled into the throat [ ... ]
tennis
Arthur Ashe, The History-Making Trailblazer Who Transcended...
Arthur Ashe is the only black man to win the singles title at each of Wimbledon, the US Open, and the [ ... ]
tennis
40 Years On From Borg, McEnroe And The Greatest Wimbledon Match...
In a match that is widely regarded as arguably the greatest-ever to be played at Wimbledon, Bjorn Borg [ ... ]
tennis
The Tennis Podcast Is All You Need To Get Through The Wimbledon...
Having planned, once again, to broadcast everyday through this year’s Grand Slam tournaments, [ ... ]
tennis
Andy Murray Can Still Compete But Has Nothing Left To Prove,...
Andy Murray knows a thing or two about creating history. The man who became Great Britain’s [ ... ]
tennis
Andy Murray Looking At Miami Open Return After Extended Injury...
Andy Murray is targeting a return to the court at the Miami Open later this month ending his extended [ ... ]
tennis
Why The Next Month Is Vital For Andy Murray And His Wimbledon...
Sir Andy Murray’s hopes of competing at Wimbledon this year and defending his Olympic title in [ ... ]
tennis
An Open Victory Would Be Huge For Ash Barty, But Even Bigger...
Ashleigh Barty has reached the semi-finals of the Australian Open for the first time in her career following [ ... ]
tennis
Performance Over Outcome: Why Federer Is Still A Beast On The...
The superlative-defying Swiss is at it again. Roger Federer has muscled his way into the Australian [ ... ]
tennis
Mr Shakira And The Multi-Billion Pound Revamp Of The Davis Cup
Premier international tennis tournament the Davis Cup, fast approaching the 120th anniversary of its [ ... ]
tennis
The Young German Ready To Shatter Djok, Federer & Nadal's Ironclad...
Rafael Nadal’s hopes of finishing the season as world number one took a serious blow with a straight-sets [ ... ]
tennis
Here's Why Murray, Djokovic And Tennis's Stars Have Been Confusing...
Andy Murray, Novak Djokovic and the rest of the tennis world have been confusing reporters and fans [ ... ]
tennis
Serena Williams And The Numbers That Have Taken Her To The Verge...
With a straight sets victory over Elina Svitolina, Serena Williams once again stoked fans’ hopes [ ... ]
tennis
Daniil Medvedev: The Moscow Menace Infuriating At The US Open
“Every search for a hero must begin with something every hero needs: a villain.” That quote [ ... ]
tennis
Coco Gauff, Naomi Osaka And Taylor Townsend: Next Generation...
Taylor Towsend stole the headlines at the US Open as the 23-year-old rank outsider knocked out fourth [ ... ]
tennis
Serena Williams v Maria Sharapova: The Rivalry That Tennis Has...
Yesterday’s build-up to the US Open was full of the cliched lines we have heard on repeat for [ ... ]
tennis
Deaf Tennis Player Lee Duck-hee Etches His Name Into The History...
Tennis star Lee Duck-hee cemented his name in the history books at the Winston-Salem Open by becoming [ ... ]
tennis
Novak Djokovic On Course To Ransack Grand Slam Record
Tennis fans around the world are privileged in the current era to witness the most beautiful race for [ ... ]