Mark Cavendish is as driven as he was when he began his illustrious career and 30 years after first strapping on his cycling cleats, the Manx Missile wants to end his career in fitting fashion by making history at this year’s Tour de France.

Cavendish has celebrated many tour de forces at cycling’s most prestigious competition.

He shares the record of 34 stage victories with the legendary Eddy Merckx. Aged 36 – and having won four Tour de France stages last season – it’s little surprise he is gunning to rewrite the record books this summer, which runs 1-24 July. Whether he gets the chance to write another unique chapter in his colourful career is still up for debate, though.

‘Cav’ was aptly described as ‘cyclist’s greatest sprinter’ by respected Tour de France director Christian Prudhomme. His stunning record of victories and accolades speaks for itself, but even those don’t seemingly guarantee a place on a professional cycling team these days.

Cavendish can clearly deliver when it counts the most, but is Jakobsen the better man for the job? Well, if you look at the win-profile between the two riders for the past four seasons, it becomes clear that Jakobsen has won 25 races to Cavendish’s 11. But stats can be dressed up anyway you like with both cyclists having been hit with bad injuries during the past few years.

Jakobsen found himself in a coma after a brutal crash in 2020, while Isle of Man-born Cavendish emerged with broken ribs and a collapsed lung after a horror burglary at his Essex home last November. Four armed intruders assaulted the cyclist, who was at home recovering from injuries sustained in a crash at a track event in Belgium.

They threatened his wife, Peta, in the presence of their young children during what the police described as a targeted attack.

“As I’m sure you will understand, this incident has left our family extremely distressed – not just myself and Peta but our children as well, who feared for their lives and are now struggling with the after-effects,” Cavendish said at the time. 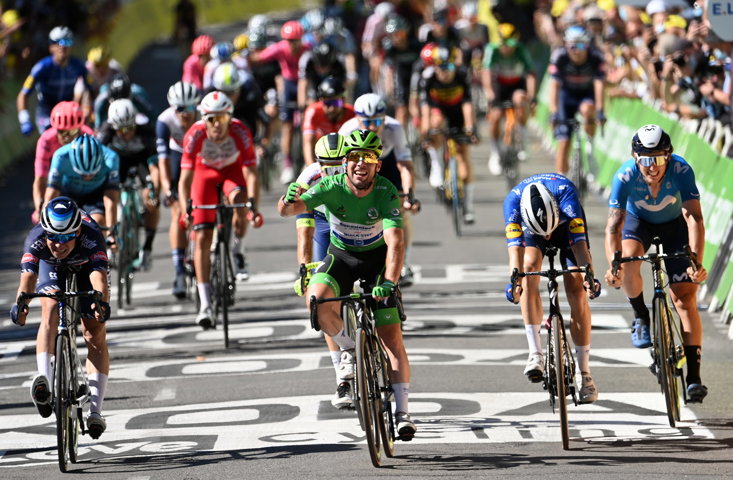 “No one should have to experience the sort of violence and threats made against us, let alone this happening in a family home – a place where everyone should feel safe.

“The items taken are simply material goods and our priority at the moment is to make sure we all recover from the incident as a family, and we know this is likely to take some time.”

But Cav is made of granite – and his longevity at the top of such a physically-demanding proves as much.

He is desperately hoping that Belgian Lefevere, whose masterstroke it was to sign him for last year’s Tour, will pick him this year. There is of course the option to have two sprinters, but this is highly-unusual at the top level, with teams preferring to put all their eggs in one basket with their quickest rider.

The problem is Cavendish has that X-factor, he always has, and former cyclist Lefevere will be sorely tempted to choose the proven Tour specialist over Dutchman Jakobsen.

“In my opinion it’s one of the best moves I ever did,” stressed Lefevere, talking about his decision to bring Cavendish in from the cold after he was left with no team.

“You know the story of Mark and me, he left the team [in 2015] for budget reasons and then after the misery of his last few months at Bahrain [when Cavendish’s career appeared to be drawing to a low-key end in 2020] he broke my heart.”

“I took the risk, the team immediately accepted him and he worked very hard. And we saw the result.”

But will Lefevere take that “risk” again?

“That’s a very interesting question, everybody asks me that question, especially the press,” Lefevere teases.

“But on the other hand, he was not even in the team for the Tour of Belgium, not even the Tour de France.

“Then with the history of Sam Bennett he took his place, he took his chance, he won. But it’s too early and too easy to predict today what will happen.”

For cycling’s sake, Cavendish surely has to be given the chance to make history!