Cycling
News
The Manxman won his fourth stage of the year and 34th in total in Carcassonne
Simon Lillicrap
17:21, 09 Jul 2021

Where does Mark Cavendish rank amongst the greats of British cycling? The Manxman now has his own slice of history at the Tour de France after equalling Eddy Merckx’s record of 34 stage wins and nobody would back against him claiming the all-time record before the 2021 Tour is done.

The Brit, now riding for the Deceuninck-Quick Step team, won the sprint into Carcassonne by the barest of margins ahead of team-mate Michael Morkov and now has written his name into the history books - even if he wasn’t aware of how many stage wins he was on before the race.

"I'm so dead - 220km in that heat, in that wind,” he said after crossing the line. “I went so deep there - the boys were incredible. I can't believe it.

“A lot of the day I didn't feel like it would happen, I was so on the limit at the end. I haven't realised it - it's just another win on the Tour. But it's what I dreamed of as a kid. I've worked so hard for it."

Belgian cycling legend Merckx had previously spoken of his record, telling La Gazzetta dello Sport: “There’ll be no problem if Cavendish equals my record. I won’t lose any sleep over it. If he does it, I’ll congratulate him because it’s not easy to win 34 sprints.” 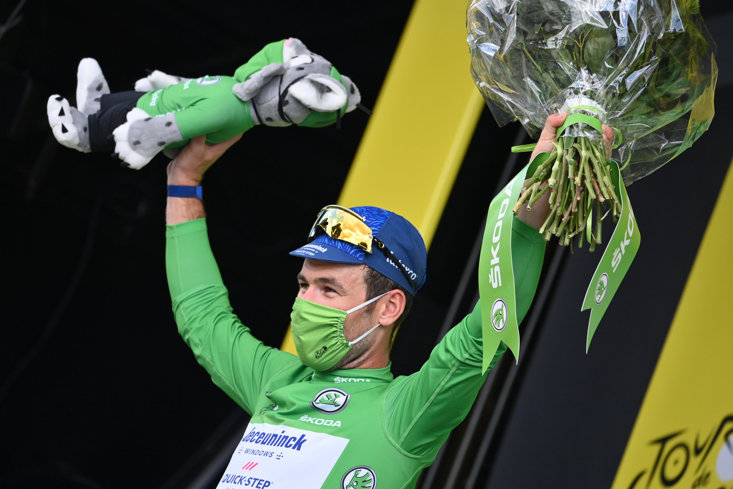 Unfortunately, stage 13 of this year’s Tour de France once again featured a big crash which saw Cavendish’s fellow Brit Simon Yates forced to abandon his race as several riders fell down a ravine. Despite Cavendish’s fourth win of this year’s event, 2020 Tour winner Tadej Pogacar is still leading the overall standings as he hunts for his second successive win at the tender age of 22.

After victories in Fougères, Châteauroux and Valence, it is now surely only a matter of time before Cavendish takes his record-breaking 35th victory. And just imagine this, he could even go on to better the record on the Champs-Élysées this summer.

However Merckx, even at the age of 76, was keen to point out the magnitude of his own achievements. “Of course there’s a difference between us. I won 34 Tour stages by winning sprints, in the mountains, in time trials and going on the attack on the descents.

“Let's not forget the five yellow jerseys I’ve got at home, plus the 96 days I wore it. Does that not seem much?

“Naturally I’m not trying to play down what he’s achieved. Also because he’s been through a difficult time and has fallen in love with cycling again. That’s a great message for young people in the sport.”

How soon before number 35, and the title of the Tour de France’s all-time stage-win king?