Football
News
The former Celtic boss and Arsenal legend have been integral in bringing Masters football back to our screens
Neil Goulding
15:55, 22 Feb 2022

Masters football is back! The iconic event will return this summer after an 11-year hiatus and it’s little surprise footie fans are chomping at the bit to see their heroes in action.

Thankfully football’s golden oldies will be back in action again – over a decade later - with Manchester United legend and ex-England midfielder Paul Scholes and former international stars Steve McManaman and Wes Brown some of the first players to sign up for the eagerly-awaited tournament. Many more top names are expected to join the party as anticipation builds towards kick-off at Glasgow’s Braehead Arena on Friday 8th July.

It will air on sports documentary streaming site 360 Sports Television, rather than on Sky Sports. Manchester United, Liverpool, Rangers and Celtic will compete for the crown and - after the four-way clash of Britain’s giants in Glasgow this summer - plans are in place for a major six-a-side tournament with regional heats in 2023.

Former Celtic boss Martin O’Neill has played a key role in making sure Masters football will make its comeback in a city where he achieved incredible success. And the treble-winning Hoops coach and former Republic of Ireland manager can’t wait to see some of football’s former star strut their stuff once again.

“You can't get any bigger rivalries than between Celtic and Rangers and Man United and Liverpool,” said O’Neill, who won eight trophies in a glittering spell at Celtic Park.

"It's going to be brilliant that Masters Football is coming back to our screens.

"I can't wait for it to come back to Glasgow where I have many happy memories and many friends.

"It's great that the fans will be able to watch such an iconic tournament once again with such fabulous football heritage.

"I'm looking forward to being in Glasgow in July, it should be a really fantastic evening.”

O’Neill has worked closely with his good friend, the former England, Arsenal and Notts Forest striker Tony Woodcock to bring the iconic competition back. European Cup winner Woodcock, O’Neill and ex-Liverpool and England ace Adam Lallana have all worked on the exciting project. Through 360 Sports Television, which they are all investors, the trio hope to bring Masters football back to life again. 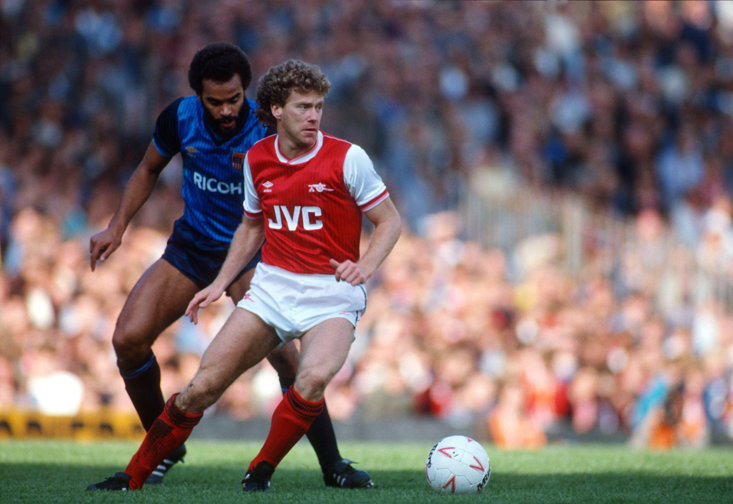 “It will be a superb viewer experience and we’re expecting it to be a sell-out of around 5,500 spectators.

“It should be a fantastic atmosphere, especially with what’s being going on in the world, we just wanted to bring a bit of fun back for fans.

“We’ve started with four traditional teams who have great rivalries – and hopefully we can grow the competition.

“Wherever I go in the world I get asked about Masters football, it was such a popular event. Iconic in many ways.

“Funnily enough the Masters was the first event to ever use VAR technology – and look at how that’s taken on in the Premier League now.

“We’ve already signed up some big names and fans get the chance to watch the event on our streaming platform or in Glasgow themselves.”

Woodcock famously won the European Cup in 1979 under Brian Clough at Notts Forest.

And he went on to become Arsenal’s leading scorer for three successive seasons in a glittering career which yielded five titles. But Masters football has always been close to his heart – and he is proud to have played his part in bringing the event back.

“It just feels fantastic to bring Masters Football back to life,” added Woodcock.

“It has real history and there’s been a tremendous buzz over social media recently with petitions to revive the tournament," he said.

"I played in the first ever series of Masters Football which immediately caught the attention of fans up and down the country who delighted in watching their heroes from the past showing off their skills once again.

“Now I'm so thrilled to be playing a part in bringing this iconic tournament back to the viewing public.”

*Football fans can watch this year’s competition on 360SportsTV, an online subscription platform incorporating www.360sportstelevision.co.uk. Tickets are available to watch the action live from the Braehead Arena.