Football
News
The former Ireland boss has been out of work since leaving Nottingham Forest
Neil Goulding
07:05, 27 Feb 2022

Martin O’Neill believes Roy Hodgson is an inspiration to football’s older generation of managers and after nearly a three-year break from management, the Northern Irishman has revealed he’d “love” to get back in the dugout if the right opportunity comes along.

O’Neill, 69, has not managed since leaving Nottingham Forest in June 2019. But having seen Hodgson recently take over Watford at the ripe old age of 74, O’Neill is taking inspiration from the ex-England boss as he plots his own way back into the game.

The Northern Irishman is one of the most successful managers, especially at Celtic where he guided the Parkhead side to an incredible treble and took them to the 2003 UEFA Cup Final.

It’s little wonder he became a fans’ favourite with Hoops fans during his glittering reign at Celtic Park from 2000-2005 while O’Neill also enjoyed success at his former clubs, including Leicester City, Norwich City, Aston Villa, Sunderland, Wycombe and with the Republic of Ireland international.

“Roy [Hodgson] gives hope for us all,” said O’Neill.

“There’s no such thing as a perfect club and I always go back to saying that and you choose what’s about at the time.

“I’ve, to a certain extent, hidden behind Covid now for a little while and started to do a couple of other little things.

“Let me put it this way, I haven’t put myself around, but if an opportunity came up I’d certainly give that some consideration.

"I had the opportunity to manage abroad four of five months after Forest, a really interesting challenge, but Covid had just set in.

"I probably would have taken it, however everything was up in the air, so it was just the wrong time unfortunately."

However, O’Neill never wants to experience a repeat of his lockdown visit to Celtic Park – because it was so quiet it was “eerie”.

“I haven’t been back to Celtic too often to be honest,” revealed O’Neill, who celebrates his 70th birthday next Tuesday.

“The torch has passed and it’s time for other people to take it on.

“But I covered one of their matches for TV during the [coronavirus] lockdown period when there were no crowds. I know people use this word often but it was surreal, it really was.

“Sometimes the noise was so loud at Celtic Park I could hardly hear my assistant manager John Robertson talking to me and he was right beside me.

“So to be able to hear players on the pitch and hearing almost every word they were saying directing passes with no crowd in it was really eerie.

“Please God I wouldn’t want to witness that sort of thing again.”

O’Neill understandably looks back at his time in charge of the Hoops with fond memories and he has no doubts that he faced the “most formidable” Rangers side of all times two decades ago.

“Celtic was great,” reflected O’Neill, 69, whose last management job was with Nottingham Forest, whom he left in June 2019.

“The interesting aspect about Celtic was I went there in 2000 and they had finished a long way behind Rangers.

“A couple of years before Wim Jansen, a great Dutch player - and I was really sad to hear he’d died just recently - he’d stopped Rangers winning 10 in a row which was big, big news.

“Rangers were so dominant at that time so it was a daunting challenge.

“I hate the phrase ‘no disrespect’ because it means you do disrespect, but the Rangers team we were up against it, in my own view, and Gazza’s time had some really good players.

“But the Rangers team of 2000, and you look at the internationals, the Dutch players they had, they had van Bronckhorst, they had Michael Mols, they had great players. I think it’s the most formidable Rangers team in the last 50 years.

“The challenge was really daunting, but we got off to a good start and then won the first big Old Firm game 6-2 and that gave us a great deal of confidence.

“In fairness we carried all before us that season which was a surprise for all.” 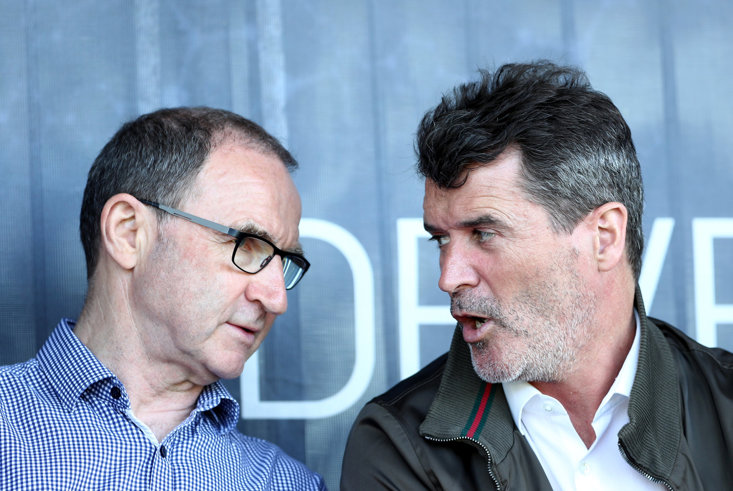 O’Neill worked closely with former Manchester United legend Roy Keane with the Republic of Ireland and, latterly, at Forest. He revealed he would like his compatriot to also get back in the dugout – and was surprised he didn’t take the Sunderland job.

“I would really like to see Roy get back into management,” offered O’Neill. “I thought he might take the Sunderland job.

“Don’t get me wrong, I don’t know the circumstances of it, but from a slight distance away I thought that might have been good.

“He’d been successful at Sunderland before, they needed that type of character to come back in.

“There was a bit of disappointment in me that that didn’t materialise because he’s got a lot to offer.”

*This interview was done in conjunction with 360SportsTV, a new subscription-based streaming platform dedicated to sports documentaries and live sport. Costing £2.99p/month, go to www.360sportstelevision.co.uk