Football
News
The Serbian striker is in the form of his life with 18 goals after 15 games in the Championship this season
Conor Keane
13:13, 03 Nov 2021

Aleksandar Mitrović is on fire in the Sky Bet Championship. The devilish Fulham forward’s hat-trick against promotion rivals West Bromwich Albion at the weekend brought his tally for the season up to 18 goals in just 15 games.

Fulham’s star striker has been averaging a goal every 73 minutes this campaign which is just incredible. The Serbian international has been in unstoppable form for the Cottagers so far under Marco Silva and his goalscoring exploits are hardly surprising because he has been a regular source of goals for the west London side ever since he first joined them on loan from Newcastle United in 2018. Since then, he has racked up 56 goals in the Championship in just 76 matches, as he has inspired his side to two promotions to the Premier League and he will be eager to guide them to a third.

In his first taste of west London life in his half-season loan spell in 2017-18, the striker scored 12 goals in 17 Championship appearances which cemented the Cottagers a play-off place, which they won after defeating Aston Villa 2-0 at Wembley Stadium. Following their swift return to the second tier for the 2019-20 season, the forward’s golden touch in front of goal continued as his haul of 26 helped his side into the play-offs once again as they triumphed once more in a 2-1 victory in extra time against this year’s Premier League debutants Brentford.

And with his impeccable form continuing into this campaign with a frightening tally so far, how does he compare to the two greatest hauls that the division has seen?

OptaJoe
@OptaJoe
56 - Since his Championship debut for Fulham in February 2018, Aleksandar Mitrovic has scored 56 goals in just 76 matches in the competition - this is more than any other player since that date, despite also playing in two full Premier League campaigns since then. Prolific. 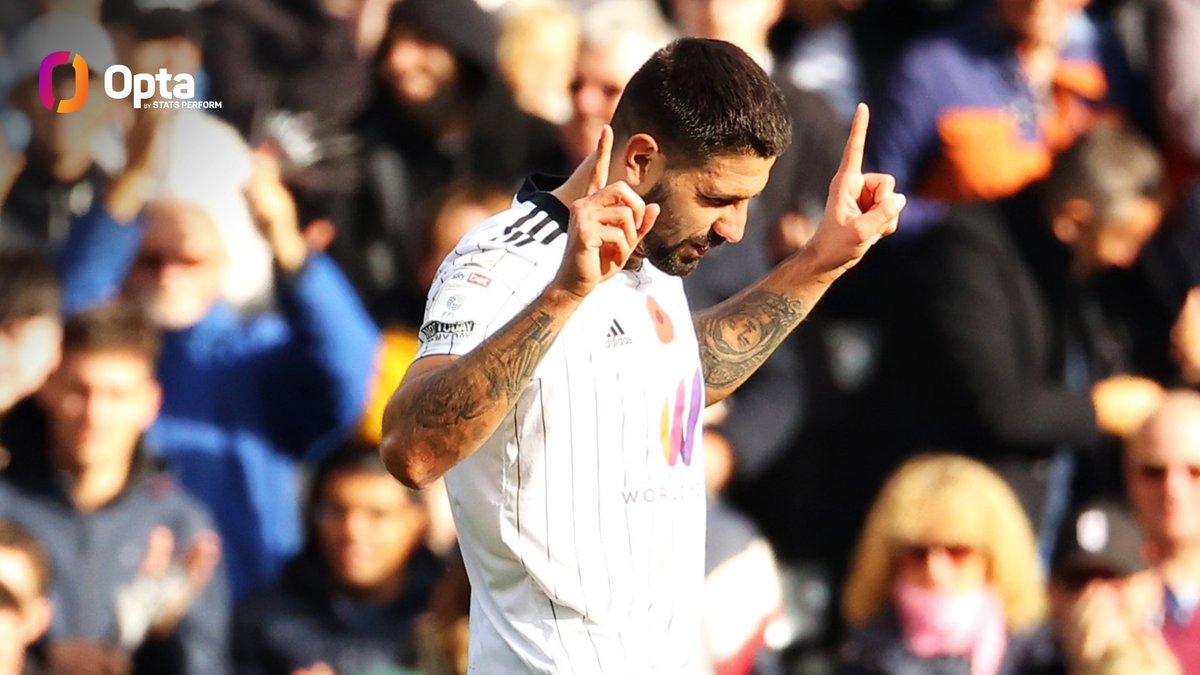 The two players who have recorded the most goals in a single Championship season have been Ivan Toney with 31 for Brentford last year, and Glenn Murray with 30 for Crystal Palace in 2012-13. These two strikers have left an impressive legacy on the Championship with their resounding performances in front of goal. And right now, the Serbian striker is in a strong position to surpass these two Championship icons. His 18 goals in 15 matches is more than where these two players were at the same stage, Toney had 13 and Murray had 15. What was most intriguing looking at the duo’s stats in their seasons of brilliance, they both had 27 goals each with 10 games left to play.

Mitrović is currently only nine strikes away from that figure and he has 21 games to at least match the duo’s previous efforts with those final 10 matches left to play. But it is 31 games that he has in total to score 14 goals to take the record off Toney and by judging his electric start this term, he is in a very strong position to do so. The 27-year-old has proved time and again that he is one of the most lethal marksmen in the second tier, yet it is bizarre that he was used so sparingly in the top flight last season under Scott Parker, where he could only manage to score three goals. But his current boss is grateful to have him in his side, as he knows what an asset he is to have leading the line.

Following the Cottagers’ victory over West Brom, Silva said: “The numbers speak for themselves. When a striker has 18 goals in 15 games, in terms of confidence, I don’t need much time to speak with him about what he is doing. The goals do it for me; his job is done. I have to do different things.

“His teammates are helping him and he has to keep with the momentum. I’m pleased to see Mitro in a good mood, the team in a good mood.”

With plenty more games to come for the superb Serb, opposition defences will be terrified to face the forward who is in the form of his life. Tomorrow night he faces Blackburn Rovers at Ewood Park where he will come up against his closest rival in the race for the Golden Boot, Ben Brereton Diaz, who boasts a tally of 12 so far in the Championship.

Betfred are offering 3/4 on Mitrović to score anytime against Blackburn Rovers.