The 83rd Masters Tournament teed off this week in Augusta, Georgia and whilst most of the talk will be on whether Tiger Woods can roar his way back to glory, or if Rory McIlroy will finally complete his career Grand Slam, we’ve decided to answer the only question that really matters: who looks coolest on Instagram?

He says: "I am here with the sun shining, I'm surrounded by friends and family, tonight I will eat good food, drink good wine, smoke a good cigar and make love to my beautiful wife. It's a good life, no?”

We say / Style credentials: This cigar-chomping Spaniard is a legend on the green and rightly so. The 55-year-old is competing in his 37th consecutive year as a professional and though his physical attributes may have waned slightly over the years, he has become a testament to the idea that a good golfing brain can be as beneficial as a good swing.

A firm fan favourite on the course, Jimenez has never had a problem playing to the crowd and even something as mundane as a pre-match warm-up stretch will quickly become an unmissable spectacle (sumo squats, knee-twirls, you name it, he’s doing it).

The man from Malaga’s Instagram has more smoking cigars than a Tony Soprano appreciation page although he knows where to draw the line: Cigars during stretches? Most certainly. Cigars during competitive play? You’ve gone too far.

That hair. Those shades. There’s only one Miguel Ángel Jiménez. 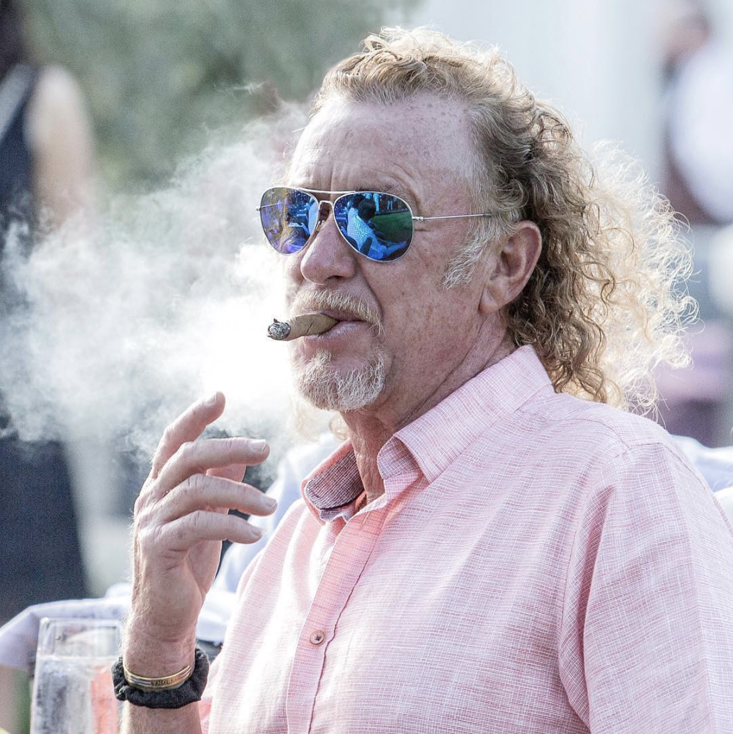 We say / Style credentials: Multiple wives, lawsuits and lots of booze, ‘Wild Thing’ John Daly is a true golfing maverick. The two-time major winner is something of an enigma and it’s sometimes it’s easy to forget all the great moments the big man has given golf fans over the years.

From his shirtless interviews to hitting golf balls out of fan’s mouths and even providing back-up vocals on a Kid Rock track - you never really know what Jon Daly is going to do next.

A quick flick through Daly’s Instagram page and you’ll see why the man is so beloved among fans.

From pictures of female fans with his signature adorned on their buttocks to a video of a bikini contest at Hooters among his top posts, it’s clear ‘Long John’ enjoys the finer things in life. 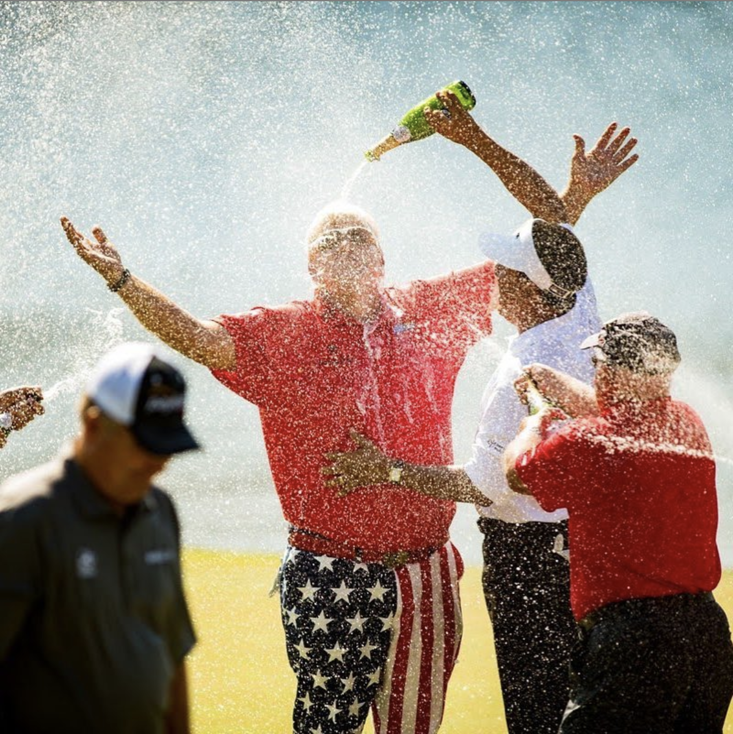 He says: “I’m a golfing scientist and I’m trying to analyse and understand each and every aspect of the golf course.”

We say / Style credentials: Often regarded as ‘The Mad Scientist’, DeChambeau is the thinking man’s golfer and his stock is rising quickly. Now the 6th best player in the world, he’ll be looking to make an impact at Augusta this week.

Always seen wearing his trademark Hogan hat (something that’s been his signature look since he was 13) he’s starting to receive a lot more press attention because of his more cerebral approach to golf.

Posts include a Bentley painted a metallic green to reflect the famous Master’s jacket, private jets and even some of his own golfing science experiments.

Bryson might not be for everyone but he’s doing his way and anyone who goes against the grain is pretty cool in our opinion. 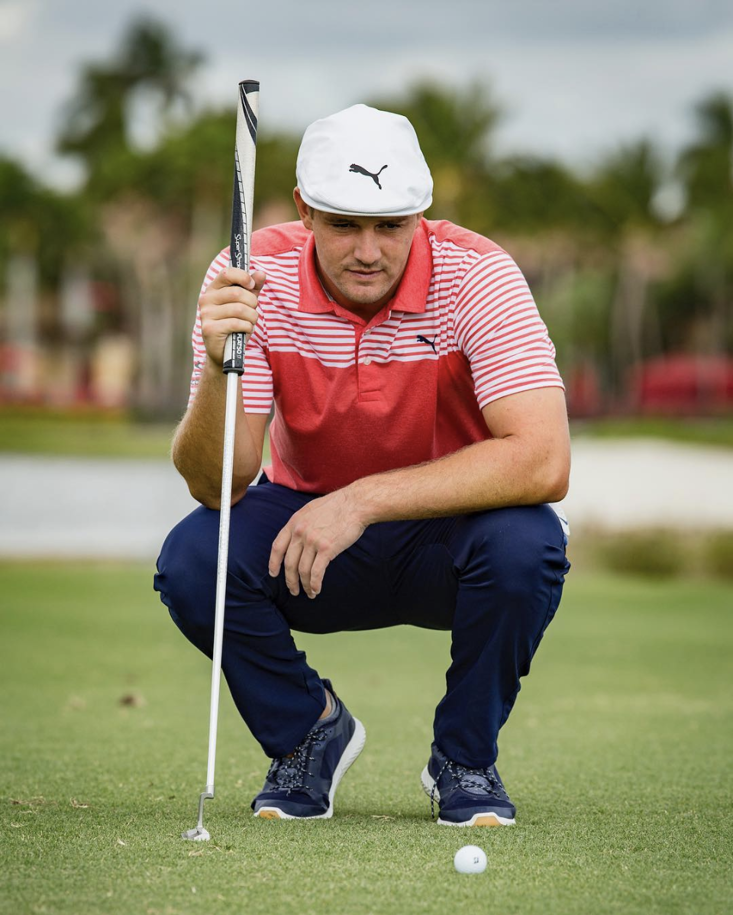 He says: “I take my golf seriously and make sure I concentrate but if I see something funny happening I’m instantly attracted”

We say / Style credentials: Andrew Johnston seems like the sort of bloke who’d never bail on a round at the pub. ‘Beef’ as he’s affectionately known, has become a popular figure recently and with his stunning beard and permanently beaming smile, it’s not hard to see why.

The man is quite literally always smiling. Honestly, if you’re ever feeling a bit down just have a gander through his Instagram feed and you’ll genuinely come out of the other side feeling much happier.

He loves a dance (he even had a boogie with Jiménez after landing an eagle), is happy to sign autographs on fan’s beer bellies and once teed off with a hamburger to make it explode for a laugh.

Watching the 30-year-old Brit on the course is a bit like watching your best mate and only the most stone-hearted amongst us would be unable to root for him. 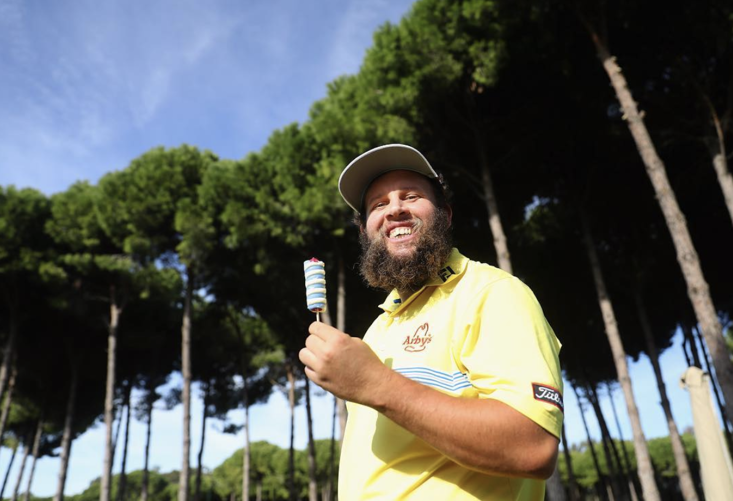 He says: “I wake up every day and I can't wait to go to work, and that's a gift. Not too many people have the opportunity to feel that way”

We say / Style credentials: Arguably the greatest of all-time and a 14-time Major winner, Tiger needs little introduction as his name has become synonymous with the sport, even to the most casual of fans.

On paper he’s not the most exciting guy in the world, always appearing mild-mannered when interviewed, and he’s a far cry from some of the previous names on this list but he’s Tiger Woods!! If you're going to be any golfer, chances are he’s the guy you’re going to pick.

After a 23-year-old pro career and a net-worth said to be a staggering $740 million, Tiger is living his best life.

Celebrity friends, Rolexes and his own yacht make a lot of appearances on his Instagram and with 1.5 million followers on the platform, he is far and away golf’s most popular figure and that’s unlikely to change any time soon. 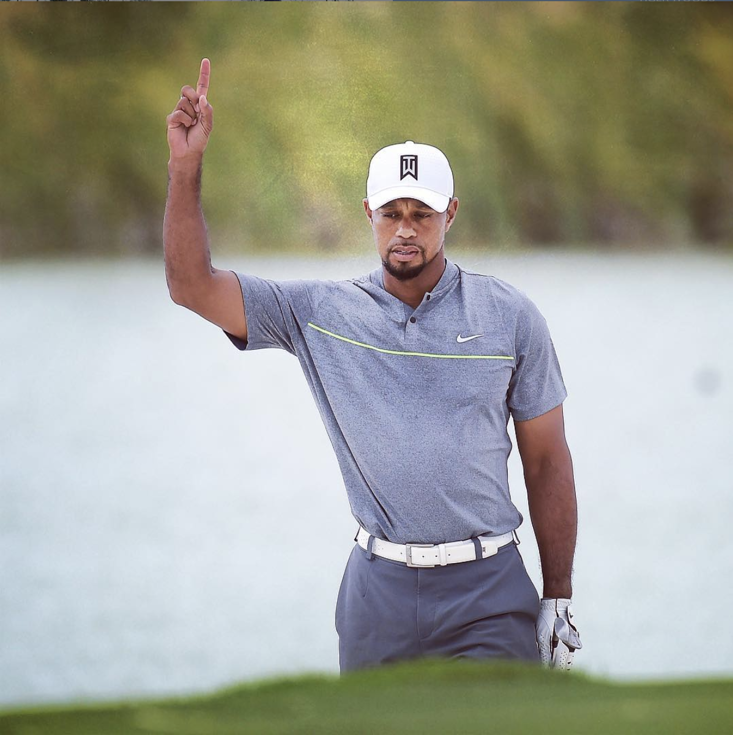 Instagram: tigerwoods
x
Suggested Searches:
Tyson Fury
Manchester United
Marcus Rashford
Lewis Hamilton
F1
Air Jordan
More
golf
Matsuyama Makes Masters History To Inspire New Generation Of...
Hideki Matsuyama has written his name into golf’s history books by becoming the first Asian player [ ... ]
golf
Masters Round-Up: Hideki Matsuyama Races Into Four-Shot Lead...
Hideki Matsuyama shot a 65 on Saturday to leapfrog Justin Rose heading into the final day of the Masters [ ... ]
golf
Justin Rose Leads The Masters As Defending Champion Dustin Johnson...
Heading into the biggest weekend in the entire golfing calendar, Englishman Justin Rose leads the way [ ... ]
golf
Masters Round-Up: Justin Rose Leads The Way As Tommy Fleetwood...
The opening day of the Masters was all about Justin Rose who opened up a four-shot lead after hitting [ ... ]
golf
2021 Masters Tee Times & Pairings - Thursday 9th April
The pairings for the opening two rounds of the Masters in Augusta have been drawn and now we know exactly [ ... ]
golf
The Masters: Jordan Spieth Ends Four-Year Winless Run Ahead...
It’s hard to believe Jordan Spieth’s Masters triumph was six years ago. Now 27, [ ... ]
golf
The Masters: Former Pro Simon Dyson Explains What It's Like...
The Masters returns this week as World number one Dustin Johnson looks to hold on to the Green Jacket. [ ... ]
golf
Westwood Back In The Top 20 After Runner-Up Finish At The Players'...
A magnificent second-place finish in the Players’ Championship this weekend has moved Lee Westwood [ ... ]
golf
Players Championship Can Provide Rory McIlroy With Much-Needed...
Spark. Mojo. Pizzazz. Whatever you call it, Rory McIlroy doesn't have it right now. When McIlroy [ ... ]
golf
Messages Of Support Flood In For Tiger Woods Following Serious...
The sporting world has rallied to send messages of support to Tiger Woods after the golf legend was [ ... ]
golf
Man, Megastar, And Mortal: The Book Examining The Second Life...
He’s the one name people who know nothing about golf, know about golf. But aside from the 15 Majors, [ ... ]
golf
Inside Michael Jordan’s Exclusive Golf Club, Where Drinks Are...
To the casual observer the Grove XXIII may seem like just another ordinary golf club in Hobe Sound, [ ... ]
golf
Caley Show That Buying Top Quality Golf Clubs Needn't Be Pricey...
A trip to the local golf course may seem like a distant dream for many of us, with the nation being [ ... ]
golf
The Best Gear And Gadgets To Get Your Golf Game To The Very...
“Confidence is the most important single factor in this game, and no matter how great your natural [ ... ]
golf
Flawless Colin Morikawa Is Golf’s Next Big Thing - But We Shouldn’t...
The world of golf witnessed one of the most remarkable feats in the sport’s history this weekend [ ... ]
golf
Squad Up! The Golf Gadgets Straight Out Of A Call Of Duty Game
Unless you live in Manchester where you’ve likely been raving hard in a field for the last three [ ... ]
golf
Knees And Tees: How The Ancient Game Of Golf Is Evolving
Long winding walks, falling leaves and a whole heap of fascinating wildlife. No, this isn’t the [ ... ]
golf
FedEx Cup 2019: Breaking Down Rory McIlroy’s $15 Million Win
On Sunday, Rory McIlroy won the Tour Championship for the second time to secure the FedEx Cup and take [ ... ]
golf
The Open 2019: Brooks Koepka Has A Not So Secret Weapon Up His...
1st, T6, T13, 1st, T39, 1st, T2, 1st, 2nd. Brooks Keopka’s last nine standings in major competition [ ... ]
golf
Duel In The Sun: When Tom Watson Famously Battled Past Jack...
The history of sport is jam-packed with epic duels. Only last weekend, Novak Djokovic ousted Roger Federer [ ... ]
golf
The Open Championship: Five Moments To Remember
Thousands of golf fans will be heading to Royal Portrush for this year’s Open Championship, the [ ... ]
golf
The Healing Power Of Sport: The Open Returns To Northern Ireland...
Peace is, as ever, precarious. Like an artisan mirror, so thoughtfully and delicately crafted, but with [ ... ]
golf
Carnoustie Capitulation: Jean Van de Velde's 1999 Open Meltdown
Occasionally in sport the name of the loser is easier to recall than that of the victor and that was [ ... ]
golf
Harry Vardon: Golf’s First International Superstar Who Remains...
When you think of famous multiple winners of The Open Championship the likes of Tom Watson, Jack Nicklaus, [ ... ]
golf
From Tragedy To Triumph: How Nate Lashley’s Rocket Classic Triumph...
Nate Lashley’s triumph at the Rocket Mortgage Classic may have slipped under the radar this weekend [ ... ]
golf
Gary Woodland: Four Things You Need To Know About The 2019 US...
Gary Woodland made a mockery of his long ante-post odds of 75/1 as he scooped his first major title [ ... ]
golf
From The Vault: When Tiger Woods Stunned The World At The 2000...
Athletes often talk about the importance of being “in the zone”. The perfect state of mind [ ... ]
golf
2019 US Open: Brooks Koepka Can Join This Elite Group Of Hat-Trick...
Since the start of 2017 Brooks Koepka’s cumulative score in major events is a simply staggering [ ... ]
golf
In Numbers: Double PGA Championship And US Open Champion Brooks...
Tiger Woods may have conjured up one of sport’s greatest comeback stories at the Masters in April [ ... ]
golf
2019 PGA Championship: How Tiger Woods Can Become The New World...
Tiger Woods has not played since his stunning comeback victory at the Masters two months ago, which [ ... ]